Painter Michael Williams, who participated in the recent MoMA exhibition The Forever Now: Contemporary Painting in an Atemporal World along with Joe Bradley, is now co-represented by Gladstone Gallery along with his current gallery, Canada, the Observer has learned.

The move comes roughly a week after it was made public that another of Canada’s star painters, Joe Bradley, was to be co-represented by Gagosian gallery.

Canada’s Adrianne Rubenstein confirmed Mr. Williams’ partial move and added that “Mike has a show here next May that we’re working on.”

Mr. Williams, who has worked with Canada since 2003 and had his first solo show with the gallery in 2007, has seen the demand for his work jump of late, with reported private sales at or higher than $200,000. The artist also had a decent auction showing on November 12, selling a mustard yellow artwork from 2012 for $93,000 at Sotheby’s New York contemporary day sale.

Mr. Williams has an eclectic and energetic style that mixes airbrushed paint with inkjet prints (he’s been eliminating brushwork from his paintings since 2013). While his subjects and techniques are constantly shifting, his paintings usually result in a beautiful yet anxious hodgepodge of surrealistic patterns and imagery.

Fellow artist Steve DiBenedetto perhaps described his work best in a 2011 piece for Bomb Magazine, where he said:

“Although Williams paints with a quirky, antic style, his tone of forensic detachment is surprising. He is not suggesting that hippies, clams, turtles, cats, or humanoid paintbrushes are any better or worse than the rest of us or have any answers that we can’t find in the so-called advanced modern (modem) world…. He is totally committed to a syntax of his own. Things gleefully don’t add up neatly in his work. And he doesn’t care if you have a problem with that.”

A representative for Gladstone Gallery did not immediately respond with comment. 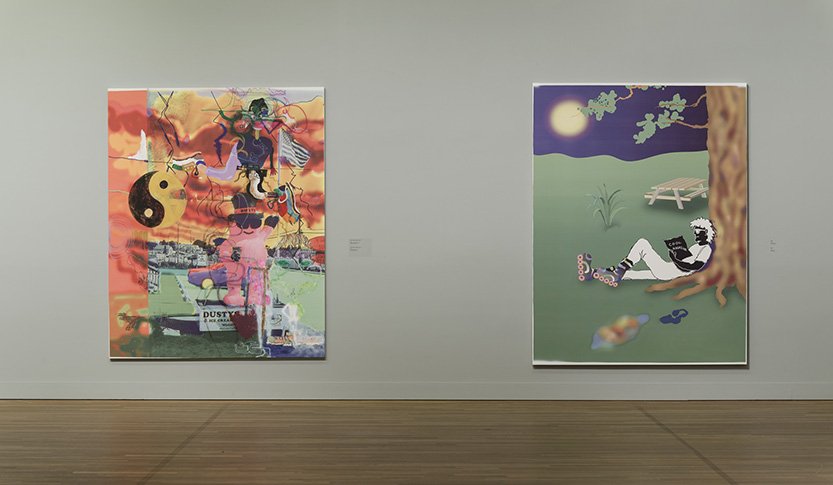