Giving a few lucky affordable housing lottery winners a chance to live in a Brooklyn Bridge Park luxury tower—a privilege afforded very few New Yorkers in the first place—is a bad use of public resources, Crain’s opines. “Either the city should build only as much housing as it needs to fund the park, or it should assess how many hundreds of low-income to middle-class units it could build or support elsewhere if the maximum 430 units allowed on Pier 6 were market-rate.”

Shocker! West Village residents are leery about plans for the St. John’s Terminal development and want the project to include a school so the new residents don’t overtax the local ones, according to DNAInfo. Developer Atlas Capital says that they’re waiting to for the environmental impact study to decide if an additional 1,500 apartments warrant a new school. Okay…

Meanwhile, a number of homeless children are making commutes of up to two hours to get to school, after the city moved at least 750 homeless families into budget hotels in far-flung areas of the outer-boroughs, like an industrial section of Staten Island, according to The New York Times. It was even worse before, as at first “the city did not provide bus service from the Staten Island hotels,” they report. “That left the families there all but marooned, given how far the lodgings are from the ferry terminal, the borough’s main public transportation link to the rest of the city.”

One World Trade Center is trying to lure tenants, specifically smaller ones, by investing $47 million in pre-built office space and creating a tenant amenity floor of conference rooms and coffee bars, according to Politico New York.

The Landmarks Preservation Commission has scheduled the vote for the Bedford historic district in Bedford-Stuyvesant for Dec. 8, DNAInfo reports.

At the Sheldon Silver trial developer Steve Witkoff testified that he didn’t know that Silver would be taking a cut of the legal fees he was paying to a friend of the assembly speaker, though he did hire the friend as a favor to the politician, according to the Associated Press, via Crain’s.

Finally, the owners of the building that houses Calientito in the South Bronx claim the reason they’re evicting the restaurant is because they’re deadbeats, not gentrfication, DNAInfo reports. 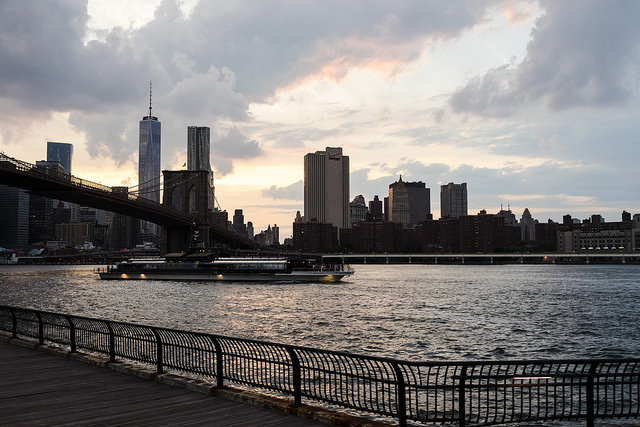