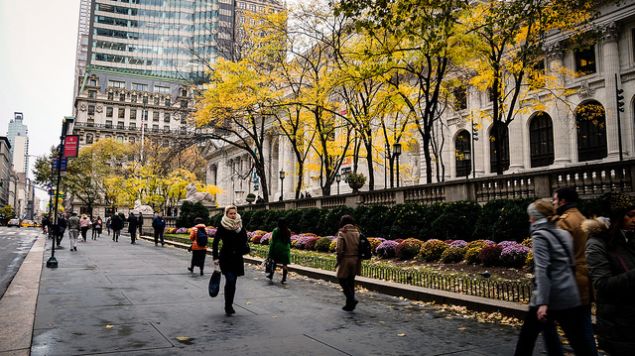 Now that winemongers have replaced fishmongers at the South Street Seaport, the New York Post notes, condos are selling at a somewhat brisk pace (and no one has to worry about going to work smelling of piscine odors).

After an outcry Pratt’s head engineer Conrad Milster, who has worked there since 1967 and has been responsible for the New Year’s Eve steam whistle salute, will be able to maintain his on-campus housing, according to Gothamist, in a row of townhouses that were slated to be renovated into dorm space.

Speaking of rude evictions: the burial vault unearthed by city workers beneath Washington Square Park belonged to either the Pearl Street Church or the Cedar Street Church, according to DNAInfo.

And a staggering 38 percent of the city’s homeless population are children, according to the IBO, as reported by Crain’s.

Former Westchester County D.A. Jeanine Pirro’s provocatively-titled new book, He Killed Them All, about estranged real estate scion Robert Durst is, not surprisingly drawing heat. But what is surprising is that it’s coming from so many different directions: the Durst family, the family of the disappeared Kathleen Durst, the book’s first co-author, according to The New York Times. It might also prove a huge boon to the defense, given her character attacks on so many people who worked on the case: “Whatever the merits of Ms. Pirro’s accusations, investigators worry that she has handed Mr. Durst’s defense team a playbook to impugn their testimony.”

After their ballot success in San Francisco, Airbnb is getting cocky (or rather, even more cocky) when it comes to New York, with plans to start a “homesharing” club of supporters here who will, the company hopes, start a movement, Politico New York reports.  “It’s a community that gets activated around these issues, which is how you translate from a community to a movement,” said public affairs chief Chris Lehane. We think they may be overestimating just how much time people will be willing to donate to the “cause.”

Co-ops and condos are increasingly taking their squabbles online, according to The New York Times, with some besmirched individuals suing for defamation as a result.

The Forest Hills Barnes & Noble is trying to clear out its inventory with a clearance sale before closing, according to DNAInfo. Local residents had tried to stop the closure, but the bookstore chain is shuttering all of its Queens locations.

Another knock against Queens: more than two-thirds of the affordable housing planned for the borough is located in a flood zone, DNAInfo reports. “Of the 500 units proposed in seven construction projects in Queens, 64 percent—319—will be in Rockaway.” Though Arverne by the Sea, another such project in Far Rockaway, weathered Hurricane Sandy far better than surrounding developments.

Finally, Paris’ love affair/obsession/appropriation of Brooklyn is getting weird, Gothamist notes. While some incarnations are fine homages, as with anything that reaches saturation point, some attempts to channel the aesthetic have been less than successful. 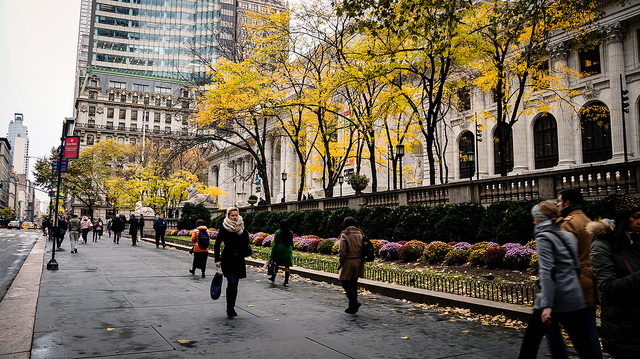