NYCHA residents are worried that the federal government’s ban on smoking in all public housing, including inside apartments, will give police greater license to harass them, according to The New York Times. The potential for police enforcement, critics point out, make a public housing ban far different than those in other apartment buildings.

Meanwhile, the burden of New York’s high rents fall disproportionately on single people and seniors, Crain’s reports. Of the city’s severely rent-burdened households, which pay at least half their income in rent, almost all “were considered low income, and were disproportionately comprised of singles and seniors, along with single-parent households located in the outer boroughs.”

Gristedes, purveyor of what is generally considered to be inferior produce, is complaining that fruit carts are stealing their business, according to DNAInfo. John Catsimatidis claims that the fruit carts by the front doors are sapping $7,000 a week from his chain, but vendors argue that the real threat to old-school grocery chains are higher-end places with better products.

The most magnificent dollhouse in the world, the Alstolat Dollhouse Castle, valued at $8.5 million or $2,000 per square inch, will be on display at the Time Warner Center for the holidays this year, Gothamist reports.

Developers and preservationists are at odds over the fate of the Yeungling Brewery in Harlem, DNAInfo reports. While it would seem that there’s nothing a developer would like better than an atmospheric old warehouse in a gentrifying neighborhood, Janus wants it to be decalendared so they can finally tear it down. German history buffs are similarly dismissive. “If you want to look at a real impressive brewery complex go to Yuengling in Pottsville then you will see what a brewery looks like not like what we have in front of us,” sneered one.

And REBNY says we should all stop freaking out about Central Park being covered in shadow because the new super-talls rising along the Southern edge of the park won’t be that bad, via Gothamist.

But if 432 Park’s penthouse divvying is any indication, there may not be a whole lot of super-talls in the pipeline beyond this current, under-construction crop. Besides, as The New York Times claims, foreign buyers today are less loose with their money and more interested in family apartments where they can escape troubles in their home countries rather than trophy investments that they never visit.

Airbnb claims that it can self-regulate in its new “community compact,” Gothamist reports. But it hasn’t been doing very well so far when it comes to tenant laws, which prohibit people from renting out rooms for less than 60 days in apartments in which they do not live full time—they note that InsideAirbnb found that “53% of the city’s 27,469 listings are rented out for more than 60 nights per year, and 30% of them are managed by hosts who have more than one Airbnb listing to their name.”

Finally, the Port Authority’s proposed expansion has residents and businesses worried about displacement, according to Politico New York. 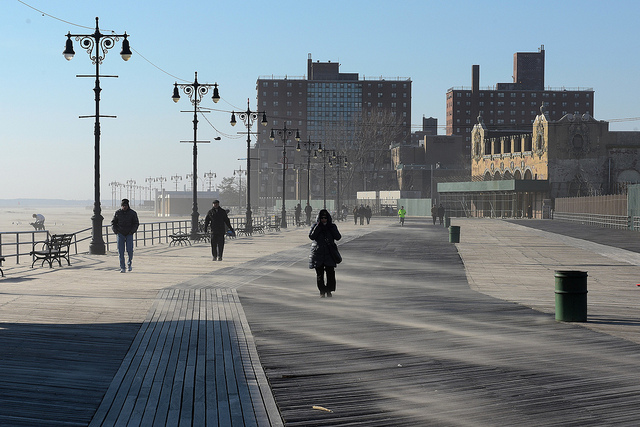