How do developers plan future when the real estate market’s at its peak? asks The Real Deal. Some are selling off their buildings, some are stockpiling cash for when prices plummet and some are blithely going about their business as though we’re not headed for an adjustment. After all, they argue, people have been talking about market correction for months, almost years now.

Though the fact that a One57 owner is willing to sell his condo at a $2 million loss after paying $32 million for it just last year, as The Real Deal reports, may be an indication that we’re headed for a residential reckoning. As they note, “the price cut may serve as further fodder for those who say that demand from buyers in the upper echelons of the condo market is beginning to wane amid an onslaught of high-end inventory.” And don’t forget about those 432 Park penthouse divisions…

Not that others aren’t trying to cash in: an art consultant is attempting to more than triple her money on the Soho loft she bought in 2010, asking $23.25 for the highly customized apartment, The Wall Street Journal reports. “The space is the art,” claims the owner, of such modifications as a litter box tunnel for cats, a bathroom (for humans) that changes colors and a motorized headboard that can switch the bed’s orientation.

Cuomo appears to be cutting off funding for the federal tax-exempt bonds that de Blasio uses to finance affordable housing, Politico New York reports, in what would seem to be yet another spat between the governor and the mayor. The governor’s office claims that the program is oversubscribed and that state has already contributed as much as it is required to.

Police commissioner Bill Bratton accused the mayor of being slow to acknowledge the rise in street homelessness at an event Thursday afternoon, Politico New York reports. “This homeless problem has not crept up on us. My sense of it is it has exploded in the last two years,” commissioner Bratton is quoted as saying.

AP&P, the grocer which traces its roots to the Civil War-era, is vanishing from the region after filing for bankruptcy in July, according to The Wall Street Journal. “A&P owns supermarket chains under the names Pathmark, Waldbaums, Food Emporium and Super Fresh, among others. The company owned 296 stores, which included both grocery and liquor stores, at the time of its bankruptcy filing.”

Is Norah Jones leaving furniture—specifically a chunk of her sectional couch—outside her new Cobble Hill carriage house, Gothamist asks. Well, someone is! Bonus points for the subhed of the week: Maybe, but “we Don’t Know Why.”

The Allen-Stevenson School has earned community board approval for its plan to demolish two Upper East Side townhouses for an expansion, DNAInfo reports.

In any event, Time Warp, a German-based electronic music festival, is definitely leaving Crown Heights, The Guardian reports. Amid gentrification fears and concerns about noise, festival organizers decided to move the event to Sunset Park.

If you’re spending the holidays alone this year, Gothamist has some useful advice: namely, plan ahead, so you can spend them in the company of other New York orphans or engage in a useful task or relaxing activity on the day of, rather than realizing last minute that you’re alone and nothing is open.

And thank goodness someone—Luxury Listings NYC—put together the top 10 Instagram posts of rich people drinking champagne from the last week. 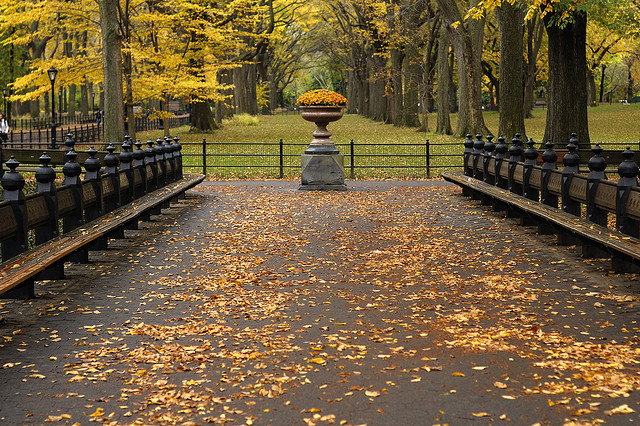