We have a pension crisis, a crumbling transportation infrastructure, and the highest property taxes in the nation. And there’s no money to address those crises. Astonishingly the same voices most opposed to raising taxes of any kind are poo-pooing a plan to legalize marijuana.
(Trenton, NJ) –It’s an indisputable fact that no one does Atlantic City quite like the New Jersey League of Municipalities. With the League convention raging this week, most politicians were down in South Jersey getting their swerve on. But a few political stories actually managed to shine through this week’s League-centric spotlight, chiefly the debate to legalize, tax, and regulate marijuana for adult recreational use in New Jersey. There’s already a bill in Trenton to do just that. Monday’s non-voting, educational session of the senate judiciary committee was the opening salvo in what activists see as an inexorable march towards legalization within 18 months.
There were too many great lines at the hearing for the tidy constraints of a Top 10 List. So we’re going bigger! The following 16 quotes should provide a feel for this week’s hearing as well as where marijuana legalization is headed in the Garden State.

“A journey of a thousand steps starts with the first. The first step was introducing the bill and this is the natural next step — to talk about the benefits of legalization and the negative impact prohibition has had. I am going to start positive, then open up the floor to the people are against it”

“I’ve spent most of my career fighting the failed war on drugs, and I have seen the message that enforcement of our harsh marijuana law sends: if we catch you experimenting, we will do everything we can to ruin your future,”

“The NAACP is not encouraging marijuana use. Marijuana is not healthy for all people, particularly young people. But we need to move marijuana and marijuana dealers off the corner and put it behind the counter where it can be regulated”

–Ken Wolski, RN, Director  of Coalition for Medical Marijuana of NJ, explaining how sick people benefit most when we tax-and-regulate marijuana.

“Women are (disproportionately) affected by these marijuana laws because as husbands/fathers of their children are jailed – arrested and ruined – it affects these women twice!”

“In Trenton today to hear testimony on the legalization of marijuana and, unfortunately for the people of NJ, we only heard from proponents and advocates…Not one person critical or opposed to legalization was permitted to speak. Not allowed. With all that is happening in the world and in our economy, we are spending time on a subject, that no matter what is done by the State Legislature, will continue to be illegal at the federal level. Mark me down as firmly opposed.”

“Marijuana prohibitionist spent the past 45 years in service to a failed War on Drugs. Today was not their day. Today was about starting a fresh, long-overdue conversation.”

“Somebody is arrested for marijuana possession in New Jersey every 21 minutes, All of these arrests take place despite the fact that a majority of Americans and a majority of New Jerseyans support marijuana legalization.”

“I think marijuana is a gateway drug. I think it sends the wrong message to our youth. On the one hand we’re saying avoid cigarettes and avoid alcohol, but we’re embracing marijuana.”

“I’m very close to law enforcement, and they’re very concerned. Marijuana this day and age is much different that it was 20 years ago. It’s much stronger, and they really think it’s a gateway drug to heroin.”

“The only time marijuana plays a gateway role is when drug dealers on our street corners use marijuana sales as a gateway to selling New Jerseyans harder drugs,”

“We acknowledge the important discussion happening today in Trenton about how to move forward with legalization. That’s a measure of the progress we’ve made in this movement. However missing from that conversation was wider problem of how cannabis prohibition facilitates racism, police violence, and the tearing apart of families in communities of color.”

“As a former federal prosecutor, I’ve been the most outspoken person in this race on this issue. I am completely, 100 percent opposed to drug legalization.”

“Chris Christie wants to be his party’s standard-beader but his views on marijuana are increasingly out of step with actual voters. Never mind recreational use, Chistie’s promise to go after sick people in states where medical marijuana is legal leaves no doubt where Christie stands, even on modest changes to our broken drug laws. Add that to the long list of reasons why Chris Christie will never be president.”

“Is (marijuana) the way to get prosperity? Put a lot of sins out there and then you can go ahead and solve all our problems?”

–Sen. Doherty, moralizing to the Newark Star Ledger about marijuana as a potential revenue stream to address our state’s ailing economy.

“No matter how you come at this, social justice, medicinal access, or fiscal sanity, the thread that ties all these together is common sense. And the challenging fiscal time we live in here in New Jersey, it is wrong to not explore ways to tax and regulate marijuana safely and effectively for all these reasons, but most importantly for the hundreds of millions in new revenue and savings. “

–Bill Caruso, former Executive Director, NJ Assembly Majority
Most hot-button issues – guns, abortion, gay marriage etc.- break along predictable party lines. But the marijuana reform movement uniquely comprises all persuasions, from tea party republicans to bleeding-heart democratic socialists (and everything in between!) That’s no surprise considering most Americans support marijuana legalization (and nearly all of us want to legalize medical marijuana.) Not so when it comes to actual politicians for whom this remains a distinctly partisan issue. Wherever there has been a bill in Trenton or Washington to liberalize our marijuana laws, most of the yes come from the democrats while most republicans still vote no. The small (but growing) handful of Trenton republicans who seem ready to end marijuana prohibition have public opinion on their side as they go about selling their GOP colleagues on the merits of legalization. Here’s hoping they succeed.
Your move, NJGOP. 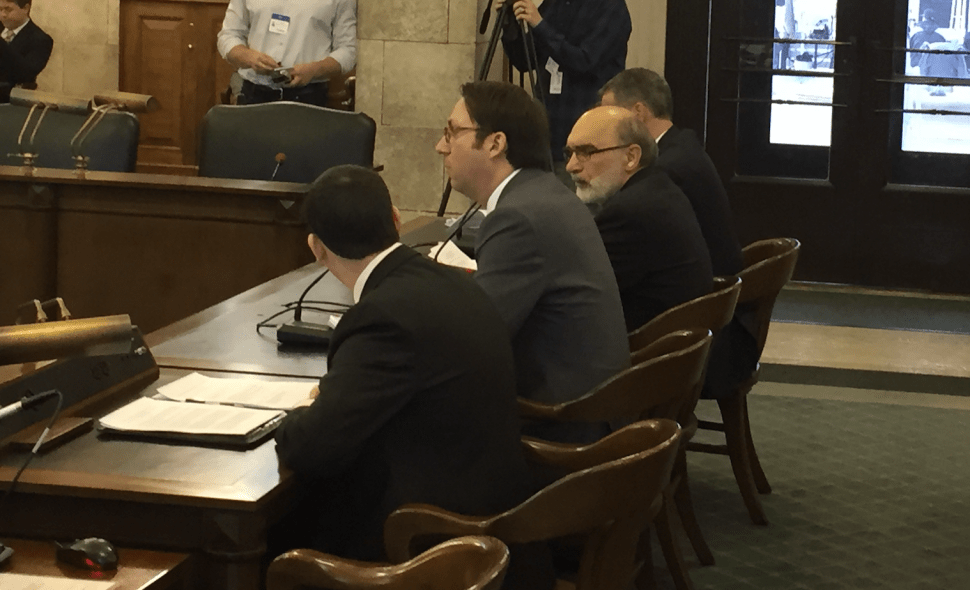