David Malki, the creator of the webcomic Wondermark, initially resisted the whole question of whether or not his webcomic is his job and understandably so. Webcomic artists post their humorous or narrative strips online for free, and a handful have managed to make a living that way. But regular people don’t seem to quite believe it. Yet, no one meets an accountant and immediately minimizes their work by saying, “but is it your job?” Franz Kafka, after all, had a day job, and no one would say he wasn’t a real writer.

Yet, our discussion this week exclusively connects the form’s most successful practitioners. As important as their webcomic might have once been, how important is it for them now? Here in our second look into the industry that puts comics up online for free, we move from the Machiavellian questions of business strategy down to the more pedestrian question of getting by.

By and large, the creators we spoke to seem to be past the point of worrying about paying for the basics. The question here is: how important is the webcomic to covering these artists’ needs and ambitions? And if it is important, how are they generating that revenue?

We were surprised to find that that answer to the latter question appears to have become, dominantly, Patreon. The site facilitates ongoing, regular and often very small payments to creative people. The Observer previously covered its recent hacking.

“I think you probably are seeing as a general trend of people doing more varied things. Part of that is the Internet and part is them just them getting better at their craft and getting more opportunities.” Mr. Malki, who also works on staff for Topatoco, a merchandising company serving lots of prominent webcomic sites, said in a phone call.

As they become better known, creators can opt to parlay that success either into new ventures or into new gigs at other companies.

“There is an important point to make first—my business is not a business in the sense of being a small and medium sized enterprise or even particularly entrepreneurial,” John Allison, the creator of the site Scary Go Round, said. “It is a lifestyle business—I make comics because I like the activity of writing and drawing. It is a self-sustaining, one-man enterprise,” he wrote in an email to the Observer.

Ryan North has a unique perspective. If you’re not familiar, his webcomic is Dinosaur Comics, which he describes as his main gig, has perhaps the simplest setup of any of the strips we surveyed. As Ms. Gambrell told us, creators never needed to be able to draw to make webcomics. Mr. North’s comic features the exact same layout of clipart dinosaurs, in the same order (pretty much) every time. The difference from strip to strip is what its two dinosaurs say. All he has to do is write the words and fit them in.

The simple comic supported him, but it didn’t take up enough of his time. He felt underemployed.

“When I graduated grad school in 2006,” he wrote, “That’s the point where I started doing the comic as a living and not anything else.  I graduated and just failed to get a job—which is really easy, especially when you don’t apply anywhere!”

So he started Project Wonderful, an ad network that started with a focus on comics sites, and other projects. He’s also writing for publishers like Boom and Marvel Comics. He recently ran a Kickstarter campaign for a choose your own storyline version of Hamlet, and it is oversubscribed.

Not everyone has had quite that many hits.

Ads are just as annoying to users but with less of a return to creators. As we wrote yesterday, T-shirts have tanked. We’re even in an era now where the one old standby of a successful strip, printed books, even has a question mark next to it, at least for Ms. Gambrell, who recently blogged about whether she should bother to put Cat and Girl Vol. IV and V together for fans.

“These days I find most people do both advertising and merchandise, but of course the most disruptive (in a good way) has been sites like Patreon, which let readers directly fund cartoonists,” Mr. North wrote.

On Patreon, webcomics come in eleventh of its 15 categories, but every day, 10 new creators start making money through the service, according to a spokesperson for the company.

KC Green, who we spoke to this summer, and Subnormality‘s Winson Rowntree, give a lot of credit to Patreon for making it possible for them both to go full time on comics. Since January of this year, Mr. Rowntree has been all webcomics all the time. “That was very exciting,” he said in a phone call, adding, “I had a lot of reservations about doing it, but I can’t even remember why now.”

Dylan Meconis, co-writer for PvP and creator of Family Man, emailed the Observer, via a spokesperson. “My audiences now have virtually frictionless ways of funding the printing of a book collection, or of simply supporting the creative work’s existence by monetizing it for me with no other strings attached.”

That said, for all the service has done for these creators, in a way, Patreon owes as much to webcomics as they owe to it. In 2004, webcomic artist R.K. Milholland was late on updates of his webcomic, Something Positive, so often that his fans started to vocally complain. He publicly asked his fans to donate one year’s salary to him so he could quit his job and completely focus on the comic. They did it. His experience presaged today’s micropatronage boom. Whether or not the company knew about his story, Mr. Milholland’s example was a proof-of-concept.

Mr. Rowntree keeps his Patreon simple. No video. Lots of text. Only two levels of giving. “I looked at other people’s Patreons and it seemed like having $1 and $5 levels was a good way to get a good ratio of donors.” Mr. Rowntree explained. “If people want to give you more than $5 they will.”

He said he doesn’t worry much about special incentives because, as a backer himself, he doesn’t find them motivating.

Explosm‘s Dave McElfatrick, Saturday Morning Breakfast Cereal’s Zachary Weinersmith, Mr. North and Mr. Allison all pointed to Patreon as a turning point as well, though Mr. Allison simply runs his own version of the service, as a recurring PayPal payment. Mr. North has his own, as does Mr. Weinersmith and He Is A Good Boy‘s K.C. Green.

Patreon kept Toothpaste for Dinner going as ad revenue and traffic weakened, while its creator, Drew Fairweather’s attention shifted elsewhere. “The comics themselves are unprofitable but funding through Patreon has allowed me to keep them online and updating daily,” Mr. Fairweather wrote the Observer in an email.

“The monthly Patreon funding constitutes a significant portion of my income,” he explained. “It’s impossible to assign a percent to this, because of the weird nature of Patreon being a merch-subscription service, donation box, and content-paywall at the same time.”

Their webcomics may not be the primary way of keeping a roof over the head of the men and women who have been the most successful in this industry anymore, but it does appear that credit for keeping these strips live on servers largely goes to the ways (don’t forget Kickstarter) the Internet has enabled crowds to pool money for creative projects they like. 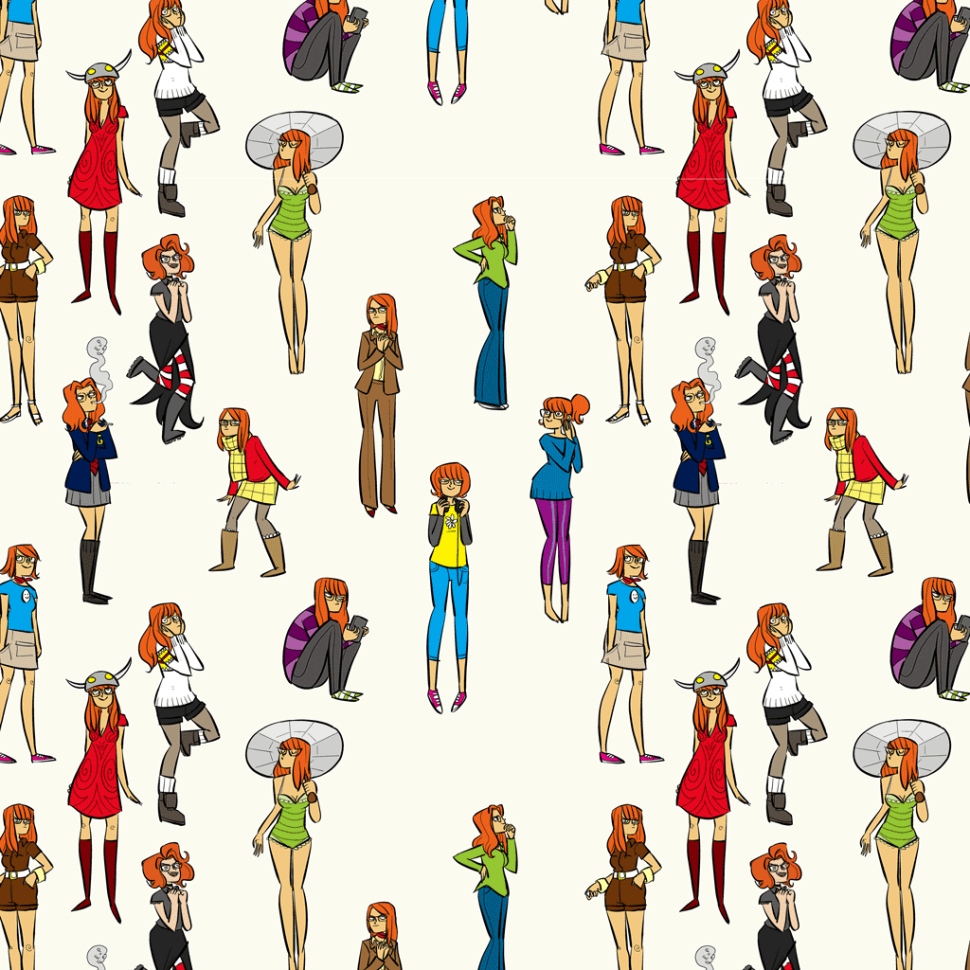