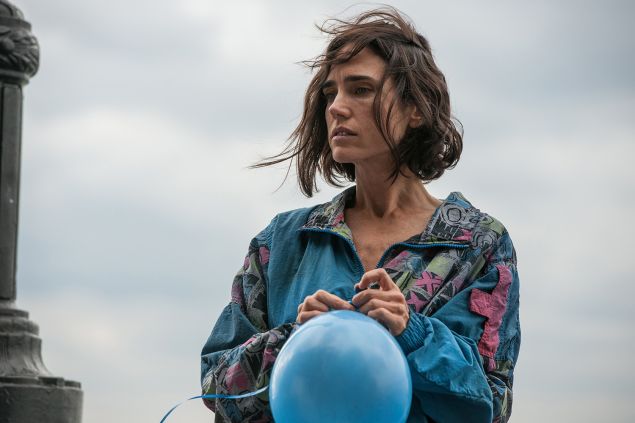 Two films about the squalor and despair of homelessness in the cruel, unforgiving streets of New York are two too many. Despite some film festival fanfare, Richard Gere learned the heartbreak of the word “flop” with Time Out of Mind. Now actor Paul Bettany makes his debut as writer-director with Shelter, starring his wife Jennifer Connelly as a heroin addict and Anthony Mackie as an illegal immigrant from Nigeria who meet in the gutter while living on the street and fall in love. This movie is so raw and depressing that in one brutal scene Ms. Connelly is so desperate for a fix that she injects a hypodermic needle into her vagina. Don’t say I didn’t warn you.

She is Hannah, a woman so disenfranchised that she forages through garbage sacks for discarded bits of food, begs for spare change, lives each day praying for a place to sleep without getting raped and wears a crude, handmade sign around her neck that says “I USED TO BE SOMEONE.” He is Tahir, a Muslim with a hideous secret who will do whatever it takes to survive. Reluctantly, against her better judgment, she allows herself to bond with a man who could be a real danger, to stay alive. As their stories unfold, you see how two people from totally different worlds can become co-dependent in their search for redemption, self-respect and something that feels like hope. How they sank to such a level of depravity takes a long time to reveal, and the pacing is so slow that the first half-hour is a real test of patience. Things pick up as the two stories join to form a real trajectory and the sympathy eventually builds, but anyone seeking entertainment is advised to head for the nearest exit.

The transition from distrust and terror to sexual lust is unconvincing, and the stories they reveal in each other’s arms are full of gaps. Still, the daily grind of society’s rejects is interesting. She steals food and shares her body; he keeps her in drugs. Not much of a bargain. But when they break into the swanky apartment of some New Yorker too stupid to go away for the weekend without locking the door, take a hot bath, dress up in the owner’s clothes and cook a rare nutritious meal, you cannot help but feel compassion for their plight.

The film builds their quiet moments of happiness with nuance and well-observed detail. It falters when they consume enough fine wine to debate the existence of God and numbs the senses when the script saddles them with occasional lines of dialogue such as, “Heroin dulls the pain but it will probably kill me, but that assumes that I see dissonance and not cognizance.” But the strong overall effect is genuine seriousness of purpose, enhanced by strong, exalted performances. Some people will find it too emotionally wrenching to watch, but there are moments of raw, understated sensitivity, encapsulating the ache of regret at the heart of Shelter. These are people you see every day, take for granted and avoid. We leave their scenarios on the cutting-room floor.

Shelter gives them identities. She was married to a surgeon killed in a terrorist attack on a military plane, leaving her ill-prepared to cope alone with a father who searches for her in vain and a son who needs a mother. After he watched his wife’s rape and murder while hiding in a cupboard, he joined a violent terrorist group in his country; killed women and children; burned churches, schools and police stations; and now exists in a state of guilt and shame, without papers. When he falls ill, she turns to prostitution to buy him medicine. Both have painful pasts they cannot escape and a grim future.

The movie is about how they help each other try to get their lives back. Too bad it fails to mine deeper insights from their predicament. To his credit, Mr. Bettany does not wrap things up in a happy Hollywood ending to make you feel better about the agony you’ve been watching, but in tragedy, there is hope. He has a viable partner in his Oscar-winning wife. Ms. Connelly explores the loneliness of a life in ruin and powerfully communicates the crisis of being trapped and alone in a hostile city with no one to turn to. Whether she also supplies a sufficiently strong marketing element to turn Shelter into a winning package at the box office remains to be seen. 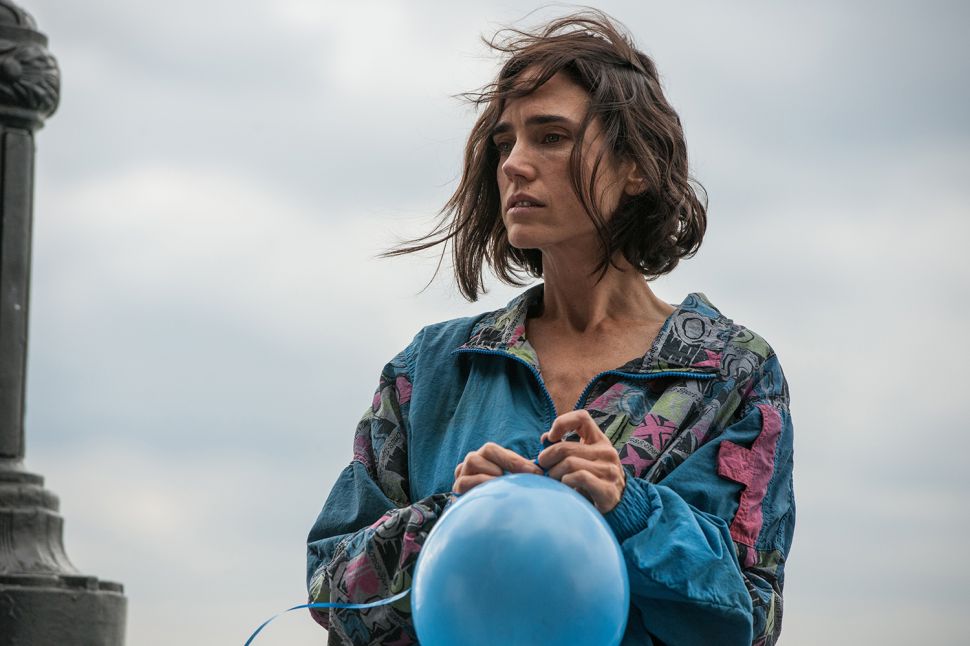