Good morning, it’s Tuesday, where Trenton is still recovering from hearings of legalized marijuana and drivers licenses for undocumented immigrants. Meanwhile, today, there might finally be some movement on the much-delayed Atlantic City PILOT proposal.

Quote of the Day: “This is not an immigration issue. This is a safety issue. This will make certain that all people on the road are appropriately tested and licensed and are driving vehicles that are registered and insured,” – Annette Quijano, chairwoman of the Assembly Homeland Security and State Preparedness Committee on permitting undocumented immigrants to receive drivers licenses.

Kyrillos Clashes With Scutari at Senate Hearing on Marijuana Legalization

At Monday’s Senate Judiciary hearing on whether New Jersey will join the four states that have legalized marijuana, State Senator Joe Kyrillos (R-13) spoke out against the proceedings themselves and against chair Nick Scutari (D-22) for excluding anti-legalization witnesses. Testimony from pro-legalization advocates pointed to a dramatic increase in marijuana arrests relative to population growth, and questioned the coherence of Governor Chris Christie’s drug policy record.
JT Aregood, PolitickerNJ.com Read more

Christie on Drivers’ Licenses for Undocumenteds: ‘Dangerous and Irresponsible’

Source: Christie to Huddle up Tuesday with AC PILOT Players

Governor Chris Christie is scheduled to sit down in Newark on Tuesday with key Atlantic County players to consider terms on the PILOT (payment in in lieu of taxes) program for Atlantic city’s casinos.
Max Pizarro, PolitickerNJ.com Read more

Dems Try to Keep Guns Issue in the Hands of Christie

Emboldened by their override of Gov. Chris Christie’s veto of a gun bill last month and teased by the prospect of keeping guns in the public consciousness as Senate President Steve Sweeney (D-3) tries to eke out progressive turf toward a 2017 Democratic Primary for governor, the Senate Law and Public Safety Committee this afternoon advanced a childproof handgun bill.
Max Pizarro, PolitickerNJ.com Read more

Harrison: Trenton Dems Force Christie to Pick a Side

As legislators filed in Monday for Assembly and Senate committee hearings on drivers’ licenses for undocumented immigrants and marijuana legalization, Montclair State University Political Scientist Brigid Harrison is calling the push from Democrats an attempt to “force the governor’s hand” on divisive issues that could cost him at home as he wrangles for delegates in New Hampshire, Iowa and South Carolina.
JT Aregood, PolitickerNJ.com Read more

At first it looked like a remake of Ben Affleck’s The Town, that movie wherein burglars in rubber masks lay siege to the streets, but this was actually a case of the guys in charge of locking up those guys taking to the streets in masks – their donned faces of choice unmistakably a matter of very pointed politics.
Max Pizarro, PolitickerNJ.com Read more

Could Decline of Parties and Turnout be Linked?

Former Governor Brendan T. Byrne once joked “when I die, I want to be buried in Hudson County so I can continue to vote.”
Maybe Governor Byrne has a good idea- let the deceased vote! Just kidding. But the problem of declining voter turnout is serious.
Jeff Brindle, PolitickerNJ.com Read more

Below is a statement from Assemblywoman Donna Simon (R-16). She personally called Assemblyman-elect Andrew Zwicker this morning to offer her congratulations.
Max Pizarro, PolitickerNJ.com Read more

The New Jersey Senate Higher Education Committee met at the State House Annex today to discuss how violence prevention can be made more effective at institutions of higher learning throughout the state. The hearing—while in no way related to this weekend’s violent events in France—lines up with the current national initiative of improving violence-prevention tactics and making citizen safety a priority.
Alyana Alfaro, PolitickerNJ.com Read more

Black Lives Matter, Other Progressive Causes Visible at the Capitol

Allies of the Black Lives Matter Movement hit the Statehouse Steps Monday morning as part of what one insider described as a lame-duck tidal wave of converging liberal and progressive causes on display in the street outside the Golden Dome.
Max Pizarro, PolitickerNJ.com Read more

Turn on your interior light when a cop stops you or face fine, N.J. bill proposes

A bill that would require drivers to turn on the interior light of their car when stopped by police is as much for their protection as it is for the officers, said police officials who testified on the legislation, Monday.
Larry Higgs, NJ.com Read more

There will be a recount of the Red Bank Borough Council election, to decide whether a 24-year-old newcomer defeated an incumbent in the closely contested race.
Devin Loring, Asbury Park Press Read more

Leadership Agenda For The Port Authority

In May 2014, the governors of New York and New Jersey commissioned a Special Panel on the Future of the Port Authority to “review and evaluate reforms of the Port Authority’s mission, structure, management, operations, and overall governance.” A key recommendation of the panel’s final report in December 2014 was replacing the current two-headed governance structure with a single, unified chain of command under a chief executive officer. Almost a year later, published reports suggest that the Port Authority’s board of commissioners is nearing the completion of a nationwide search for the first CEO. Here is a suggested agenda for the Port Authority’s impending new leadership.
Andrew Sidamon-Eristoff Read more 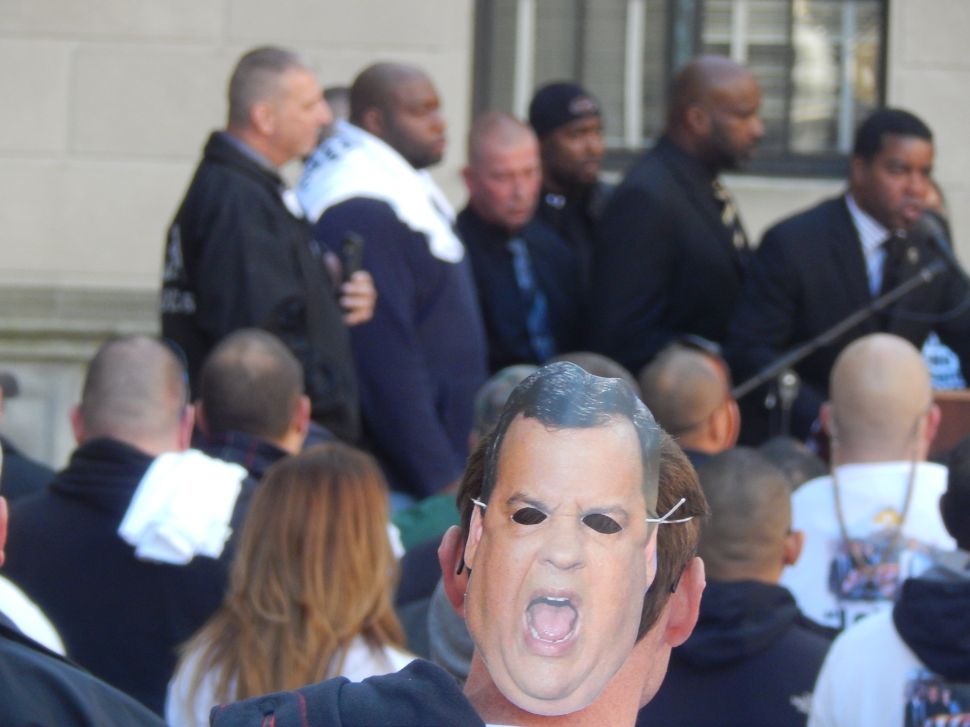