Good Thursday morning, where PolitickerNJ is bringing you all the news from the League of Municipalities Conference in Atlantic City, including talk that a hike in the gas tax is inevitable.

Quote of the Day: “What is good about this convention is that everybody is in the same place. You can talk to people on a collegial basis, both Democrats and Republicans,” – Sen. Ray Lesniak, on the League of Municipalities Conference.

The Murmurings out of Mur Mur and General League Notes
The fat get fatter, or so it appeared at this year’s annual League of Municipalities Conference, that alcohol-soaked food and gossip-fest featuring gaudy parties in crumbling casinos thrown in favor of lawmakers in a stagnant statehouse at a time when New Jersey poverty is the highest it’s been in 50 years and the state Transportation Trust Fund (TTF) a shell of its former self.
Max Pizarro, PolitickerNJ Read More

Prieto Insistent on New Casinos as North Jersey Delegates Visit AC
As supporters and well-wishers crowded around him at Harrah’s Wednesday night, Assembly Speaker Vince Prieto (D-32) told PolitickerNJ that one of his first priorities for the coming legislative session is to push for the constitutional amendment that would guarantee a place for new casinos in North Jersey.
JT Aregood, PolitickerNJ Read More

Lesniak: Being Governor Isn’t About Throwing Parties
On Tuesday night when three Democratic gubernatorial hopefuls were cavorting with would-be voters and supporters, one candidate was notably not in the partying mood. Though state Senator Ray Lesniak has put out feelers in the hopes of nabbing the Democratic nomination for governor in 2017, he did not decide to mingle in the way that Senate President Steve Sweeney, Jersey City Mayor Steve Fulop and former Ambassador Phil Murphy did.
Alyana Alfaro, PolitickerNJ Read More

McGreevey to Bennett: ‘I Remember When Republicans were Loyal’
A New Jersey gas tax hike is inevitable to pay for upgrades to the state Transportation trust Fund (TTF), four former New Jersey governors told an audience this morning at the annual League of Municipalities Conference.
Max Pizarro, PolitickerNJ Read More

Mahr, McPherson Talk About the Importance of Women in Politics
At an event at the Irish Pub, Fanwood Mayor Colleen Mahr and former Rutherford Mayor Bernadette McPherson stressed that they both believe that bringing more women into the political spectrum is critical for the future of state government.
Alyana Alfaro, PolitickerNJ Read More

Despite Competition, Sweeney Sees Massive Turnout at Caesars Event
A massive group of people filed in two by two on a polished glass escalator for Senate President Steve Sweeney’s party Tuesday night, where the crowd had grown to 400 by half an hour and over 700 by the end of the night.
JT Aregood, PolitickerNJ Read More

Should N.J. legalize marijuana? See what top lawmakers say
Two days after lawmakers held the first public hearing discussing the idea of legalizing marijuana in New Jersey, the top four leaders of the state Legislature were split along party lines on how the state should approach the issue.
Brent Johnson, NJ.com Read More

N.J. looking into whether to force Jersey City reval
Jersey City could be forced to perform its first citywide property revaluation since 1988, with state treasury officials announcing today they are investigating whether the city’s properties are uniformly and fairly assessed.
Terrence T. McDonald, The Jersey Journal Read More

Top New Jersey lawmakers skirmish over pension, road funding
The four names on the panel were the same and so too were the two major looming problems for New Jersey they discussed.
Dustin Racioppi, The Record Read More

Bloomfield councilman accused of bribery
Acting Attorney General John J. Hoffman announced Wednesday that Bloomfield Councilman Elias N. Chalet has been arrested on a charge that he solicited and accepted a $15,000 bribe from a business owner.
Christopher Renda, The Record Read More

Christie slumps to 4th in N.J.’s presidential primary
Gov. Chris Christie’s support has dropped by half among home-state Republicans, who now prefer three other candidates for their party’s presidential nomination, according to a new poll.
Michael Symons, The Daily Record Read More

Property tax relief? Not in sight in NJ
Tax relief doesn’t appear to be on the way anytime soon for New Jersey residents — in fact, top state lawmakers meeting here Wednesday spent much of the time talking about how to raise revenue.
Bob Jordan, Asbury Park Press Read More

A.C. Alliance’s Guaracino to volunteer with DNC
The Atlantic City Alliance’s executive director has taken on a volunteer role in planning for the Democratic National Convention in Philadelphia next summer.
Staff Reports, The Press of Atlantic City Read More 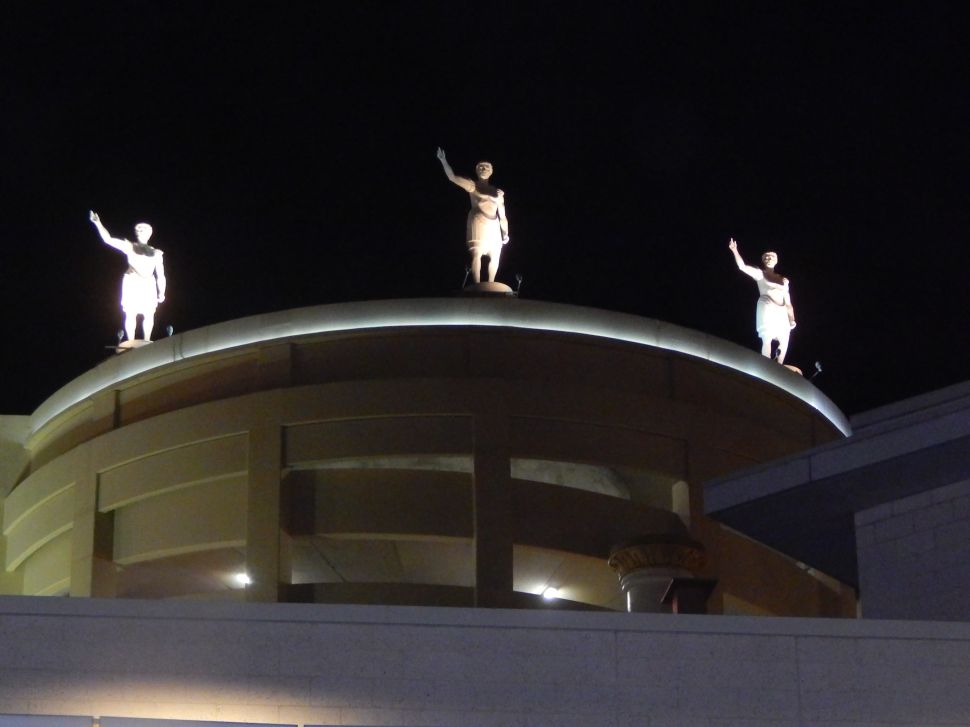