Good Friday morning, where we continue our comprehensive coverage of the League of Municipalities Conference, Lt. Gov. Kim Guadagno gives a peek at what her likely campaign for governor will be like and Atlantic City remains in need of a state-approved tax relief program.

No Action on AC Relief or PILOT As NJLM Comes to a Close
As the end of this year’s League of Municipalities convention approached Thursday morning, Senate President Steve Sweeney joined Senator Jim Whelan for a forum on private-public partnerships in South Jersey. Scheduled just before Atlantic City Mayor Don Guardian’s appearance at the closing luncheon, the two events marked the only two times that South Jersey took center stage in a year dominated by conversations on North Jersey Democrats’ allegiances heading into the 2017 gubernatorial race.
JT Aregood, PolitickerNJ Read more

Where Have All the Republicans Gone?
Convention-goers at the New Jersey League of Municipalities reveled at after-hours parties but—though the group seemed to be enjoying the nightlife after the long days of sessions—there seemed to be one group that was underrepresented: Republicans.
Alyana Alfaro, PolitickerNJ Read more

Guadagno: GOP and Dems Need to Find Common Ground, Regain Voter Trust
Lt. Gov. Kim Guadagno addressed the crowd at the closing luncheon for the New Jersey League of Municipalities, calling on Republicans and Democrats to put partisan politics aside and restore the trust of the people of New Jersey. During her speech, she discussed how Democrats and Republicans need to come together in order to address what she called the “number one problem in America”: government.
Alyana Alfaro, PolitickerNJ Read more

FDU Poll: 62% Oppose Gas Tax Hike
As Garden State residents prepare for winter driving conditions, they’re still likely to encounter roads and bridges in continued need of repair, having been ravaged by time, the elements, and insufficient funding. One proposal for addressing our state’s infrastructure needs involves raising the gas tax, which is currently among the lowest in the nation (14.5 cents per gallon). The most recent statewide survey of adults from Fairleigh Dickinson University’s PublicMind finds that support for raising the gas tax has increased slightly since January, but so too have doubts that any money raised would be used for its intended purpose.
Politicker Staff, PolitickerNJ Read more

Counties face questions on revals
Three New Jersey municipalities in Union, Hudson and Middlesex counties are under investigation by the state for stalling property reassessments for decades and could be forced to conduct revaluations.
Samantha Marcus, NJ.com Read more

On gas-tax issue, Chris Christie’s living on borrowed time
It’s impossible to discuss construction projects in New Jersey without citing “The Sopranos.” So let’s get right to it.
Paul Mulshine, The Star Ledger Read more

Democratic response to Christie comments on Syrian refugees largely muted
New Jersey Democrats rarely pass up a chance to criticize Governor Christie: for vetoing their bills, for long absences while he campaigns for the Republican presidential nomination, for “pandering” to right-wing voters with what they call red-meat sound bites.
Dustin Racioppi, Herb Jackson and Salvador Rizzo, The Record Read more

Leaner N.J. sports authority to require smaller state subsidy
The closure of the Izod Center and a major cutback in manpower at the New Jersey Sports and Exposition Authority is expected to lead to a $16 million reduction in the agency’s annual state subsidy, the authority’s president, Wayne Hasenbalg, said after its monthly meeting on Thursday.
John Brennan, The Record Read more 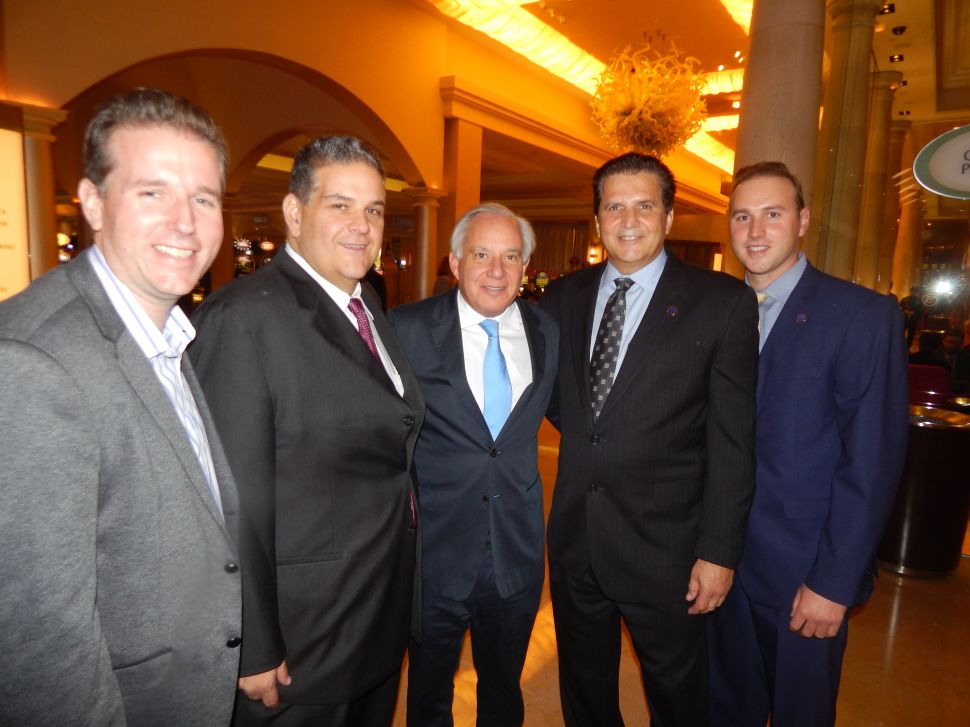