It’s Monday in New Jersey, and with the League of Municipalities Conference behind us, the perfect time to take a look at last week’s winners and losers in state politics.

Protestors challenge Christie’s stance on Syrian refugees
“For refugees, plenty of space, but we can’t fit racist hate.”
That was the message Sunday of residents, activists and religious leaders who protested Gov. Chris Christie’s comments on Syrian refugees outside Drumthwacket, the governor’s residence in Princeton.
Lindsay Rittenhouse, NJ.com Read more

Critics say Trump is wrong about cheering in Jersey City on 9/11
Critics from New Jersey and beyond sharply rebuked Republican presidential front-runner Donald Trump on Sunday, a day after the billionaire businessman said during a campaign rally that he saw “thousands and thousands” of people cheering in Jersey City as the Twin Towers fell on Sept. 11, 2001.
Brent Johnson, NJ.com Read more

Race to be Christie’s successor heating up
The 2017 gubernatorial race to succeed Gov. Christie was being waged amid the flashing lights of Borgata’s dance club, open bars at Caesars, and dozens of other private parties hosted by New Jersey’s political elite.
Andrew Seidman, The Inquirer Read more

Is Christie gaining voter support for hard line against Obama on ISIS?
Gov. Chris Christie’s criticism of President Obama and his call to action against the Islamic State following the attacks in Paris have had no impact on his poll standing, even as Republican voters now say terrorism is their chief concern.
Jonathan D. Salant, NJ.com Read more

Christie mum on what to do with Syrian refugees in N.J.
Gov. Chris Christie redoubled his efforts to label the Obama administration’s fight against ISIS as misguided Sunday morning, saying on CNN’s “State of the Union” that “national security is not an option — it’s a fundamental right.”
Claude Brodesser-Akner, NJ.com Read more

Christie’s mystery meeting over Atlantic City
When Gov. Chris Christie conditionally vetoed three bills aimed to help rescue Atlantic City, he and state Senate President Stephen Sweeney released a joint statement saying they would soon meet and put together a “final and fast resolution path” to give a jolt to the financial struggling gambling resort.
The Auditor, NJ.com Read more

New Jersey has its own ‘crazy uncle’ in Christie
Just in time for Thanksgiving, Chris Christie seems to have taken on a new role as the crazy uncle who shows up for the family turkey dinner and spouts all manner of theories about how the world ought to be run.
Mike Kelly, The Record Read more

Cory Booker, Tom Kean speak at forum at College of St. Elizabeth
Two of New Jersey’s most notable politicians shared the stage for the first time Friday night to discuss ways to improve life for struggling families in New Jersey at a United Way Public Officials Forum, “United for ALICE,” hosted at the College of Saint Elizabeth.
Michael Izzo, The Record Read more 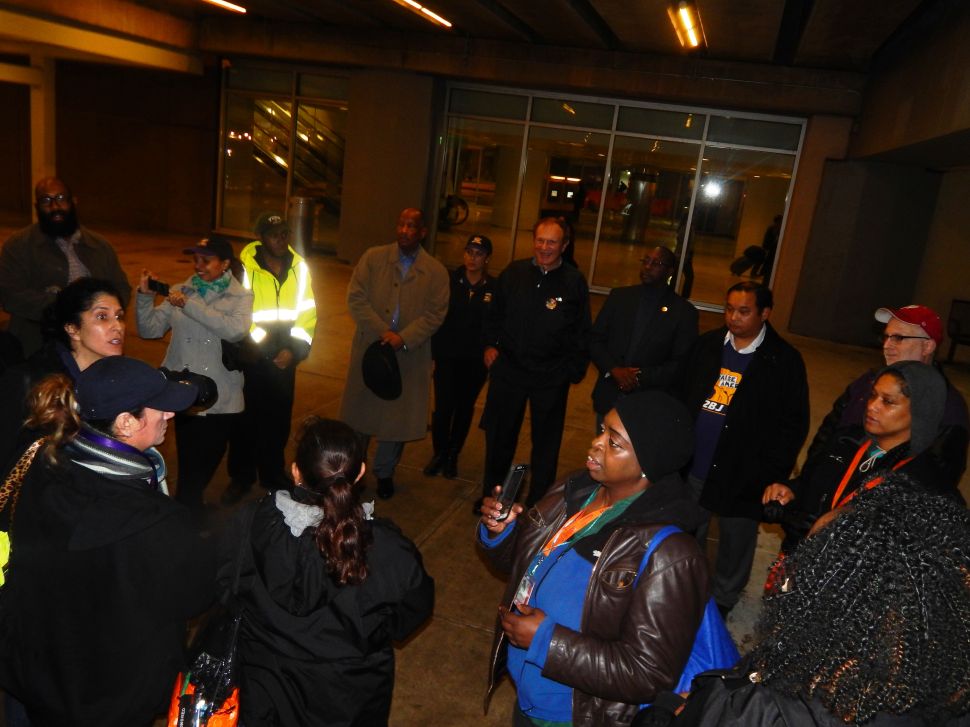