Good morning. It’s the day before Thanksgiving, and Jersey politicians are looking into the state lottery shortfall, dealing with problems at a state university and still squabbling over refugees. Here’s our roundup of what’s going in Trenton and throughout the state.
Quote of the Day: “We would not have stopped a number of attacks over the last five years were it not for being alerted by Muslims in mosques who would tell us to be careful of this guy or listen to this guy.” – Former Gov. Tom Kean, on the need to seek closer ties with the state’s Muslim community.

Sweeney Meeting Doesn’t Fix Kean U Squabble
A Monday meeting between Senate President Steve Sweeney, Kean President Darwood Farahi, state Senator Ray Lesniak, and the coalition of black ministers who called for Farahi’s resignation in the wake of a threatening incident against black students on campus failed to assuage the ministers that Farahi should remain in his position according to a report from Politico New Jersey.
Alyana Alfaro, PolitickerNJ Read more

Baraka, Payne Fast for Justice as Airport Workers Pursue Higher Wages
The steps of the Newark City Hall were crowded Tuesday with airport workers as they kicked off a 24 hour fast in an effort to push for a $15 minimum hourly wage and union rights. The workers were joined by Newark Mayor Ras Baraka and Congressman Donald Payne Jr. (D-10) as they pledged their commitment to the cause.
Alyana Alfaro, PolitickerNJ Read more

As Christie Attempts to Rally With Refugee Decision, Reactions Mixed at Home
Still trailing far behind the rest of the Republican slate but seeing possible gains in New Hampshire as he stresses his 9/11 record in the wake of the Paris attacks by ISIS, Governor Chris Christie has seen divided reactions to his official statement opposing the entry of new Syrian refugees into New Jersey.
JT Aregood, PolitickerNJ Read more

Hoboken Resident Files Lawsuit Against Zimmer and Hoboken Council
On October 21, Hoboken resident David Liebler was removed from a Hoboken city council meeting after mentioning details in the lawsuit filed by Assemblyman Carmelo Garcia alleging that Hoboken Mayor Dawn Zimmer’s husband, Stan Grossbard, may have been inappropriately advising the city council on how to manage Garcia’s termination from the Hoboken Housing Authority. Now, Liebler is suing the mayor and council over allegedly hindering his First Amendment rights.
Alyana Alfaro, PolitickerNJ Read more

Sweeney, O’Toole Discuss Bipartisanship in Newark
It seems that South Jersey-based Senate President Steve Sweeney (D-3) is continuing his charm offensive in the northern part of the state as he continues to angle for a likely 2017 gubernatorial run. Today, Sweeney joined Republican Senator Kevin O’Toole (R-40) for an event at Newark’s North Ward Center to honor O’Toole for his dedication to the mission of the center: to help underserved populations.
Alyana Alfaro, PolitickerNJ Read more

Defense: Official who pleaded guilty timed lane closures
The attorney for one of the defendants in the 2013 George Washington Bridge lane-closing case claims it was his client’s ex-colleague who gave the order for the closures to coincide with the first day in school.
Associated Press, Read more

I was in charge in N.J. on 9/11 and Trump’s claims never happened
From my vantage point at New Jersey’s Command Center in Liberty State Park, I looked directly across the Hudson and saw the 22-story-high flames and the black and white smoke billowing from where the World Trade Center had collapsed.
John Farmer Jr., Star-Ledger Read more

Jersey City mayor halted reval to shield Downtown from tax hikes, firm alleges
“Downtown property owners have the most to fear from a revaluation.”
Those are the words of Neil Rubenstein, the man who co-owns the company hired to perform Jersey City’s tax reval in 2011 before Mayor Steve Fulop halted all work in 2013 and refused to pay the company any more money.
Terrence T. McDonald, The Jersey Journal Read more

Christie Speech at Council on Foreign Relations Calls For New Leadership
“We face a fundamental and crippling lack of leadership,” Christie said.
Governor Christie pulled no punches in his 30 minute speech. He said the current moment reminds him of the late 1970s when America had a weak president. That president was succeeded by a Republican whom the liberal establishment derided as a cowboy, but whose eight years in office, Christie said, were shining.
Michael Aron, NJTV News Read more 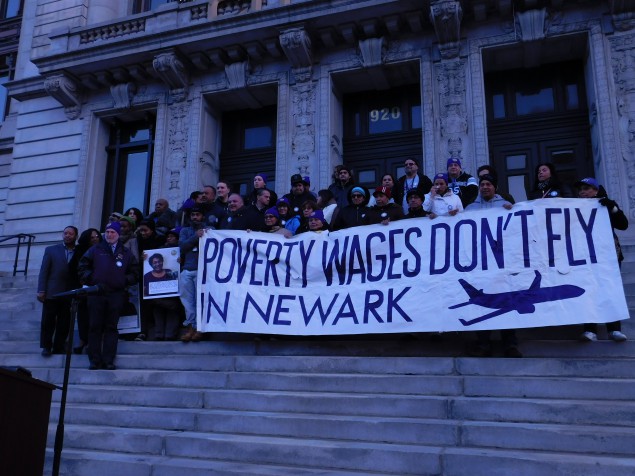