As protests from black student groups and the Black Lives Matter movement continue to rile college campuses across the county, New Jersey saw Princeton University brought into the fray when activists called for Woodrow Wilson’s name to be removed from the prestigious Woodrow Wilson School of Public and International Affairs last week. People’s Organization for Progress Chairman Larry Hamm, a Princeton alumnus, told PolitickerNJ that he sees the students’ actions as a necessary step toward encouraging awareness of Wilson’s policy record on segregation, and toward encouraging greater diversity at all rungs of the university.

The students are asking for Wilson’s name and image to be removed from the school, and for the administration to create dedicated housing for minority students and mandatory “cultural competency training” for staff. Hamm said that the students have his and the POP’s support.

Citing his own time as a leader of student sit-ins against South African apartheid in the late seventies, Hamm said that he and other forebears of today’s activist groups will be on guard to make sure protestors do not have to fear retaliation from the administration.

What do you make of Woodrow Wilson’s record on race issues?

Woodrow Wilson was an unrepentant racist. The record is absolutely clear on this. In fact, one of his biggest critics was Dr. W.E.B. DuBois, who criticized Wilson for supporting segregationists.

Woodrow Wilson supported policies to segregate federal workers. Woodrow Wilson showed that very racist movie “Birth of a Nation” [in a private screening to cabinet members and their families] and he may himself have been a member of the Ku Klux Klan. He showed no support whatsoever for the cause of civil rights that was espoused by, at that time, the recently-formed NAACP.

Is this awareness of Wilson’s controversial stances new?

When I was an undergraduate there at Princeton, and I was leading the anti-apartheid movement, I wish I had been fully conscious of Woodrow Wilson’s legacy and heritage. And I would have certainly connected that to the struggle that we were carrying out on Princeton’s campus against apartheid, to get the university to divest its stocks its stocks from companies that were doing business with the racist apartheid regime.

It’s no easy thing, contrary to what people might think about student actions, for them to bring themselves to the point where they’re going to risk their academic careers by consciously violating university regulations and laws and engaging in an act of civil disobedience.

Do you expect for the students to face any pushback from the university?

You don’t know what the outcome might be. You don’t know if you’re going to be thrown out of school, or whether they’re going to give you amnesty. Now in this case, because the students had support, particularly a lot of support from other organizations outside and alumni like Dr. Cornell West. My understanding is that they received amnesty almost straightaway, almost from the end of the sit-in, for their act of conscience.

There are always ramifications and even if you’re right, even if you’re victorious, people still try to retaliate against you. And we’re going to keep our eye on the campus and make sure that there is no retaliation against them.

Do you have a sense of which way the university is leaning and how negotiations will play out?

And I would say that one aspect of diversity that’s overlooked is class diversity. While they do admit students of color, they could do more to enroll those from working-class and poor families. Pressure will need to be continually applied to make sure that that happens. 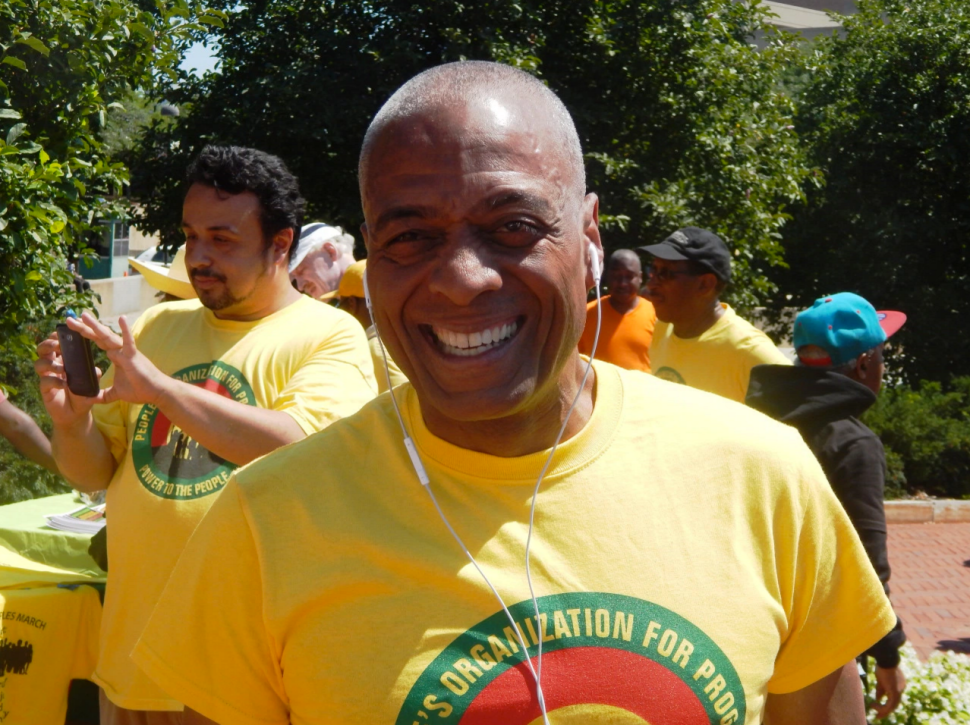