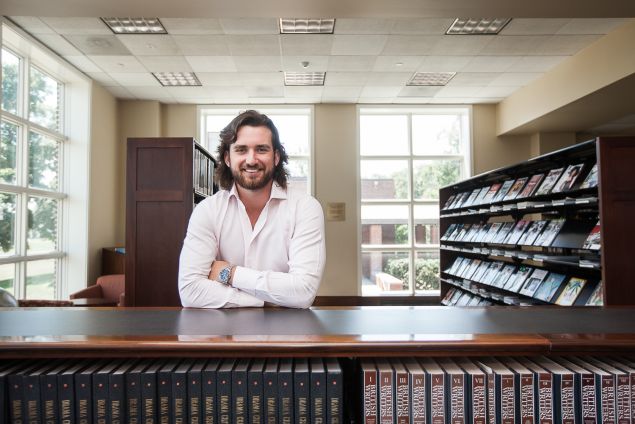 On his first day at Peddie School, a college preparatory boarding school in Hightstown, N.J., Frank Anastasio, then 13, dragged his bags toward the freshman dorm with a single thought: “I was worried whether I’d make friends,’’ he recalled. “I remember asking my mother, ‘Why are you making me go, when I can go to school with my friends?’ ”

Mr. Anastasio’s sentiment is undoubtedly shared by many young New Yorkers as they settle into a new routine of structured days and study halls, of roommates and learning to do laundry—all without mom and dad.

For Mr. Anastasio, of Freehold, N.J., reassurance came quickly—a high five from fellow freshman Chris Allen at the front door. Ultimately, the boys were co-captains of the football team and have stayed close friends since graduating Peddie in 2012.

Now, as a 21-year-old junior at University of West Florida studying admiralty law and underwater archaeology, Mr. Anastasio says sending him to boarding school was the best decision his mother ever made.

Experts say that navigating the early days of boarding school is crucial to its success. Not surprisingly, it starts by choosing the right school for your child.

“When parents find a school where the family agrees with the beliefs, the attitude, practices and values, it’s much easier for the child to fit in. They feel synchronized, they are in concert with the place, they are able to follow,” says Ida Jeltova, a psychologist in New York and New Jersey who has counseled numerous families whose children go away to school.

‘What makes a school is the faculty. Don’t go by name or prestige.’—Gigi Morris, whose daughter attends St. Mark’s School

To that end, Ms. Jeltova advises parents to examine their motivation for selecting the boarding school option, and to consider their child’s emotional and academic strengths in order to set realistic expectations.

“If your child is competitive and process-oriented don’t send him to a liberal arts school that doesn’t give grades,” she says. “It’s important for parents to show how it’s going to serve the child and to give the child a solid sense of who they are before they leave the house.”

Ms. Jeltova adds that young people who attended summer camp tend to adjust quickly. So do those who grew up with caretakers and have parents who may not have been around as much.

“It’s not as emotional for them, they just transfer the connection to the boarding school and so the teachers and counselors are like the hired help,” she says. “Nothing much changes for them.”

There are 257 traditional college preparatory schools in the United States, and the price tag is high—average annual tuition is $51,025, with roughly a third of applicants qualifying for financial aid of about half the cost, according to Peter Upham, executive director of the nonprofit Association of Boarding Schools. Nationwide, enrollment has remained steady in the last 10 years—about 46,000 students live in prep schools, and another 44,000 attend as day students.

Finding the right fit can be tricky, as Gigi Morris learned. A Long Island-based writer, Ms. Morris sent both her son and daughter to the prestigious Choate Rosemary Hall in Wallingford, Conn., but midway through high school, transferred her daughter to St. Mark’s School, a small, coed boarding school of 361 students in Southborough, Mass. Her daughter, she says, felt more comfortable in a smaller school with more personalized attention.

“Sometimes smaller schools you’ve never heard of are actually much better for your child,” she says.

Ms. Morris advises parents to visit schools with their children and talk to as many people as possible.

“What makes a school is the faculty,’’ she says. “Don’t go by name or prestige—see what their pluses and minuses are. At a larger school, you’ll have more diversity, more course selections, clubs and sports. But you’ll get a tighter sense of community at a small school and some kids need that.”

When Emma, now a senior, got a call last spring from the field hockey coach at Dartmouth expressing interest in Emma joining the team, one of her teachers baked cupcakes with green icing—the Dartmouth school colors—to celebrate. “When my son was at Choate,” her mother recalls, “some teachers didn’t even know his name after months of having him in class.”

To address concerns about school size, Choate, which enrolled 865 students from 40 countries for 2015-2016, began a program about six years ago called Summer Sendoffs—receptions held in the spring and hosted by parents as an opportunity for incoming students to meet faculty members and current as well as new students.

“In the past, we interviewed in October and didn’t see them [the students] again until September,’’ says Raymond Diffley, director of admissions. “Now we want to be in communication from the moment they say ‘yes’ to the day they set foot on campus.’’

At The Gunnery, population 290, students go on an all-school hike in early September, a tradition dating back to the early days of the school’s founding in 1850. Sara Lynn Leavenworth, director of admissions for the Washington, Conn. school, says staffers keep a close eye on incoming students.

The Gunnery circulates a private “Students of Concern” list to faculty members to pinpoint those young people who are struggling in the first weeks of school and to make sure their emotional needs are addressed.

“We make them feel embraced by the community,’’ she says.

Still, Ms. Leavenworth adds, tearful phone calls in the early days of school are not always an indication that things aren’t going well.

“Oftentimes a student will call home, ‘I’m miserable, I’m miserable,’ and it’s the most engaged student on campus,” says Ms. Leavenworth. “They just need more time to settle in.”

Most boarding schools require students to stay on campus for the first few weekends. After that, some students choose to travel home on weekends but the visits often slow as students get busier with sports.

At the Storm King School in Cornwall-on-Hudson, N.Y., a boarding school with 168 students, the retention rate is high—more than 90 percent. [Disclosure: My teenager attends Storm King.]

“We keep the kids going all the time—the busier they are, the better for them in the long run,’’ said Alan Lewis, an assistant headmaster. “We tell parents, ‘Don’t answer every call or text’…After a while, the parent doesn’t hear back from them so much.” 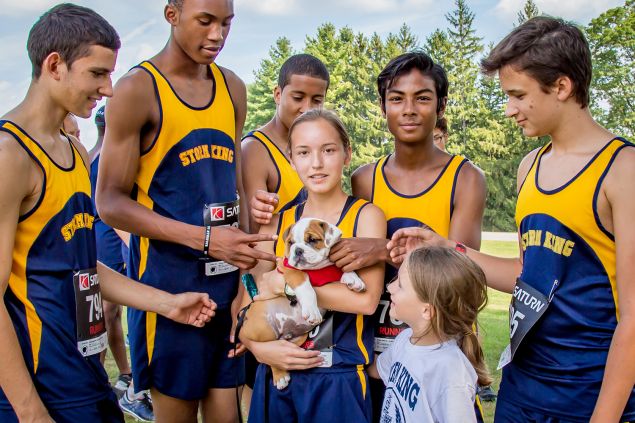 Members of the Storm King School’s track team with Winston, one of the five dogs on campus.

For some students, relief from homesickness comes in the form of five dogs who live on campus. Each one, from the headmaster’s golden retriever to Mr. Lewis’ chocolate lab, is available for walks, nuzzles and belly rubs.

“Kids love the dogs,” says Marek Pramuka, the school’s head of admissions. “Where else could you get to know the teachers so well you can knock on their door and take their dog for a walk?’’

Parental visits can help ease the transition, as well. A two-hour drive from Manhattan was just one of the pluses to the Forman School for Cheryl Kelly, who sent her son, Christopher, to the Litchfield, Conn., institution in his sophomore year of high school.

“We’d get in the car, see his soccer game and take him to dinner,’’ says Ms. Kelly. “When he went to college, the transition was easy for him—he’d already had a roommate, eaten institutional food, done his own laundry. He didn’t have to deal with the shock of dorm living.’’

Mr. Anastasio, the Peddie graduate, agrees. He said the adjustment from boarding school to his first college—George Washington University—was seamless and that he excelled in his finance and Chinese culture studies during his first three years.

But a class he took at Peddie in his senior year of high school entitled Empire and Commerce in the Golden Age of Piracy, about underwater archaeology, always stayed with him. After much soul searching, Mr. Anastasio transferred this fall to University of West Florida, which offers a renowned maritime studies major. Although he lost a year of credits, Mr. Anastasio is convinced he made the right decision.

“The courage to make that transition was taught to me by my boarding school,” he says. “The foundation they gave me led me to go after what I really wanted. To be innovative, creative, to explore—that’s the best lesson of all.” 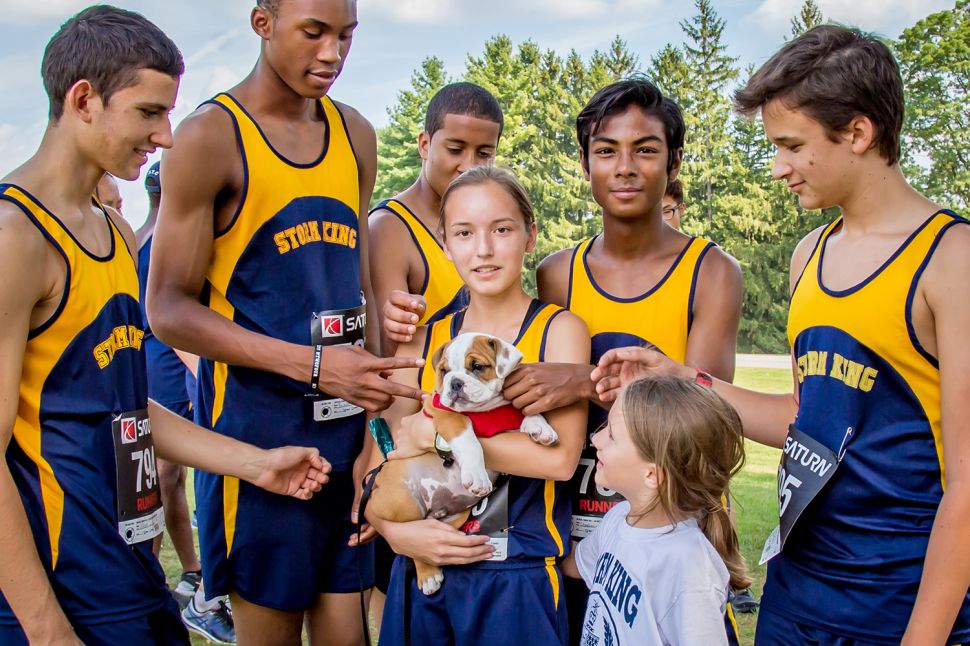