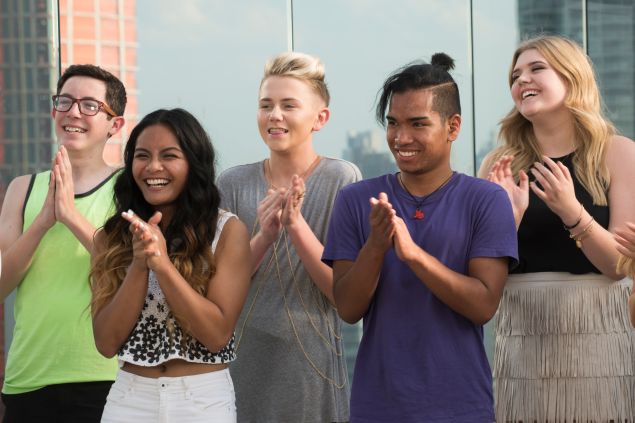 After 14 successful seasons the creative team behind sewing sensation Project Runway have decided to take on a new challenge—teenagers.

This version of the series features the next generation of up-and-coming fashionistas, ages 13 to 17, who will be mentored by Emmy® Award winner Tim Gunn who co-hosts alongside supermodel Hannah Davis. Television personality Kelly Osbourne, designer Christian Siriano and executive fashion editor at Cosmopolitan and Seventeen Magazine Aya Kanai, serve as judges to determine who will make the grade.

The winner of Project Runway Junior will receive a full scholarship to the prestigious Fashion Institute of Design and Merchandising in California, a complete home sewing and crafting studio provided by Brother, a feature in Seventeen Magazine and a $25,000 cash prize.

“We like the idea of doing this series with young designers,” explains Project Runway Junior Executive Producer Sara Rea, “but there were a lot of discussions about how to do it exactly and what we settled on was doing a very true version of original concept. It just made sense because we knew that there were a lot of young, talented designers out there who have been inspired by the show.”

Anyone who’s seen the show knows that an essential element of Project Runway is the critiques given by host and mentor Tim Gunn, as well as the judging panel. In the adult version of the series these interactions can be intense, so would they be the same with kids involved? “In truth, Tim was apprehensive at first about how to handle that. We all were,” explains Rea. “We asked ourselves, ‘how do we find the right balance in giving them good feedback while not crushing them, and what happened was at the first critique Tim just talked to them like they were adults because they were so mature and thoughtful we thought anything else would feel patronizing. We explained to them, ‘we’re going to be tough on you because you desire it. We’re not doing you any good if we’re not honest with you.’ ”

The longevity of the series has provided the foundation for what the kids expected coming into the competition, says Rea. “They’ve all seen the show so they know about how Tim and the critiquing process works and in addition to that one of the undertones of the show is that these kids are also fans so they know what is expected of them on an ongoing basis.”

Rea admits that sometime Gunn’s evaluations were a bit too “adult” in one respect. She laughed as she said, “One of the funniest things is that Tim was so in his element and so Tim, that at least once an episode he will use a word while talking to the kids and the kid will have no idea what it the word meant. He’s just being Tim and looking at them as a designer. So it ended up that he was not editing himself in any way and neither were any of the judges.”

Some critics might argue that this setting puts too much pressure on the youngsters, to which Rea responses, “What I will tell you is that every single one of these kids will tell you that this was the best experience of their lives. In many cases they have different interests than their friends and they’re not surrounded by people who think like they do about fashion. I’ve seen it for years that sometimes fashion designers or would be designers just feel like they don’t fit in their world at home and to come here and feel accepted.”

As for the competition aspect, Rea says that that part was a bit hard on both the young designers and the judges as well. “Those eliminations are hard for everyone. Really I don’t know who cried more—the kids or the judges. I think part of that was because we have the same judges throughout the competition so they I really got invested in these kids and wanted all of them to do well.”

After each elimination, Rea made it a point to work closely with each child to really help them keep everything in perspective. “There was sadness for sure when one of them was cut, but I would tell them that this was not an ending by any means, that this was not a defeat. They’d had a fantastic experience and they were beginning their career, and…” she laughs a little here as she says, “I would look them in the eye and say, ‘and, you still have your Junior, or Senior, year ahead.’ That felt a little funny to say after they’d just been through this very adult experience but it was true—they were going back to school and prom and things like that.”

In an interesting twist, Rea found that the young designers were less inhibited than their adult counterparts. “They don’t have the baggage that adults have. They were more fearless. They could navigate what they were doing without getting in their own heads as much as the adult designers and that was really interesting to watch.”

In constructing the challenges, Rea insists that she and her team didn’t change anything in the process for the kids. “We absolutely looked at the same as if we were designing challenges for adults.” She pauses a moment and then says, “We thought it would take a few challenges to find the right tone and things like that, but we realized two days in that they could handle all of the constraints and that’s what they want and that’s why they’re here, so we were full steam ahead pretty much right away.”

Looking at this season of Project Runway Junior as a whole, Rea admits that there were a few things that caught her off-guard. “Once we started watching the kids work we were blown away. They’re so focused and talented and their work is phenomenal. We knew they were good but we were nervous about how they fair because this environment can be so intense, but we were blown away. The first runway show the judges pulled us aside and asked, ‘who helped them?’ because they just couldn’t believe that these kids not only designed these outfits but executed them, as well. Every runway show we had to remind ourselves that they’re kids. Time and time again we were shocked.”

Remarking about whether any of the kids might graduate to the grown up version of the series, Rea again laughs as she says, “I think it would be fun, but having seen their work they might not be able to do it—because they might all be out running their own fashion houses by the time they’re 18! They’re that good!” 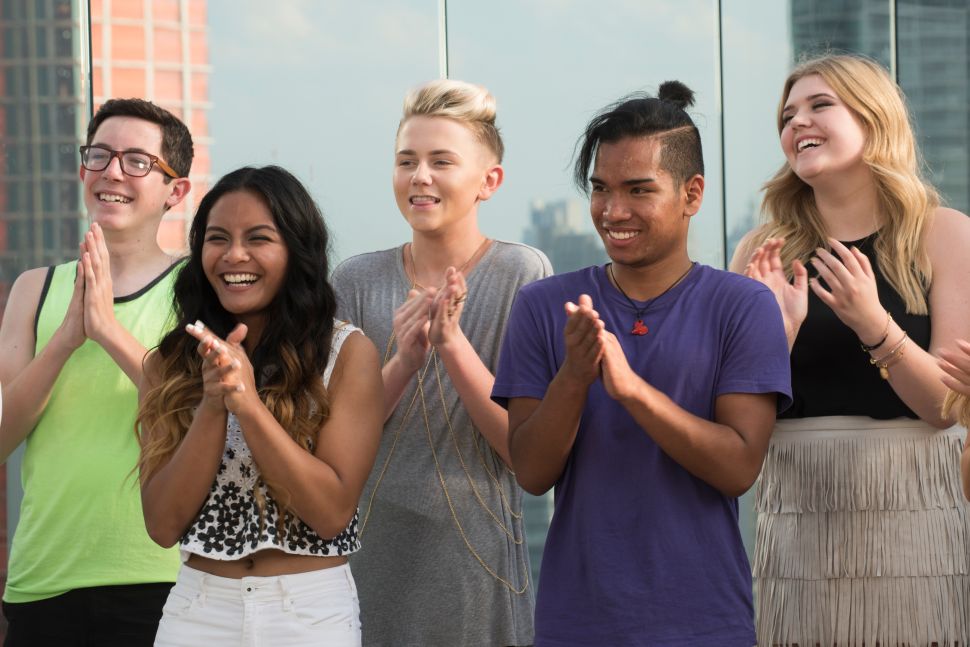