Like most male citizens of his generation, Sophocles was deeply familiar with war and military life, as well as the challenges faced by veterans returning from deployment. In addition to writing tragedies like Antigone, Sophocles served as a general in the Athenian army during a war-torn century.

One of his lesser-known plays, Ajax, explores the psychological impact of war on many of those who wage it. Ajax, known as the fiercest warrior in the Greek army, loses his way during the ninth year of the Trojan War after the death of his close friend, Achilles. Feeling betrayed, he attempts to murder his commanding officers, fails, and—ultimately—takes his own life. The tragedy depicts events leading up to Ajax’s suicide, including the frantic efforts of his wife and troops to intervene before it’s too late. The play also shows the devastating impact his death had on his family and friends, vocalized onstage by the inhuman cries of his wife when she discovers his body.

After a performance of Ajax at a California Marine Corps base, a muscular gunnery sergeant stood in front of more than a hundred members of his unit and haltingly began to tell his story. “I had no intention of speaking today,” he said. “But I lost every member of my vehicle from Afghanistan. And I lost them all after we got back to suicide.” On any other day, he might not have shared his emotions in front of subordinates and peers. But he had just listened to professional actors bring Sophocles’ ancient words to life.

The Greeks knew that it wasn’t safe to break down in tears during battle, but they also knew that the emotions associated with war couldn’t be bottled up.

For six years, my theater company, Outside the Wire, has been traveling to military installations worldwide to present readings of Sophocles’ plays to service members, veterans and their families as a catalyst for dialogue about visible and invisible wounds, including frank discussions of suicide. Using the plays to generate a shared vocabulary for openly discussing war and its aftermath, the goal has been to create a safe space for warriors and their loved ones to begin to come to terms with their war experiences in the presence of neighbors, co-workers and friends.

The Greeks knew that it wasn’t safe to break down in tears during battle, but they also knew that the emotions associated with war couldn’t be bottled up. They needed to be released in the presence of a compassionate community. In ancient Athens, when military service was compulsory for all citizens, gathering such a community was far less challenging than in the United States today, where less than one half of one percent of our population has served in Iraq and Afghanistan.

Central to Ajax is the danger of isolation. The play takes audience members inside the mind of a warrior who is contemplating suicide, and renders the self-isolating logic of his thought process visible and audible. During the scene in which the great warrior takes his own life, plunging himself upon the sword of Hector, his enemy’s weapon, Sophocles clears the stage, leaving Ajax alone on a sand dune to do battle with himself, only feet from where the Athenian generals sat in thrones near the front of the ancient amphitheater. 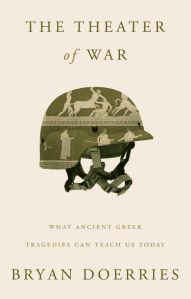 After another recent performance of Ajax, a soldier stood up and said, “I knew Ajax was thinking about killing himself when he deceived his family and troops and walked away from his tent brandishing a weapon. But I don’t think Ajax knew he was going to kill himself until he was alone on the sand dune with his gods.” The operative word is alone. As a society, despite our best intentions, we have left too many veterans alone on sand dunes.

Sophocles suggests there’s an alternative that lies in the power of story: a timeless technology as powerful as any weapon. As an Army general said to a packed room of senior officers and Department of Defense officials during a performance in Washington, D.C., these ancient plays “comfort the afflicted and afflict the comfortable.”

Plays like Ajax, and other war stories, from ancient Greece to the present day, have the power to help those whose lives have been touched by war reclaim their own narratives. But there are also many other approaches to facilitating storytelling that work as well. Creating safe spaces, as Sophocles did, where veterans can share their stories with one another, and with an engaged, understanding public, is just the first step in welcoming our warriors home.

Bryan Doerries is the author of The Theater of War: What Ancient Greek Tragedies Can Teach Us Today. 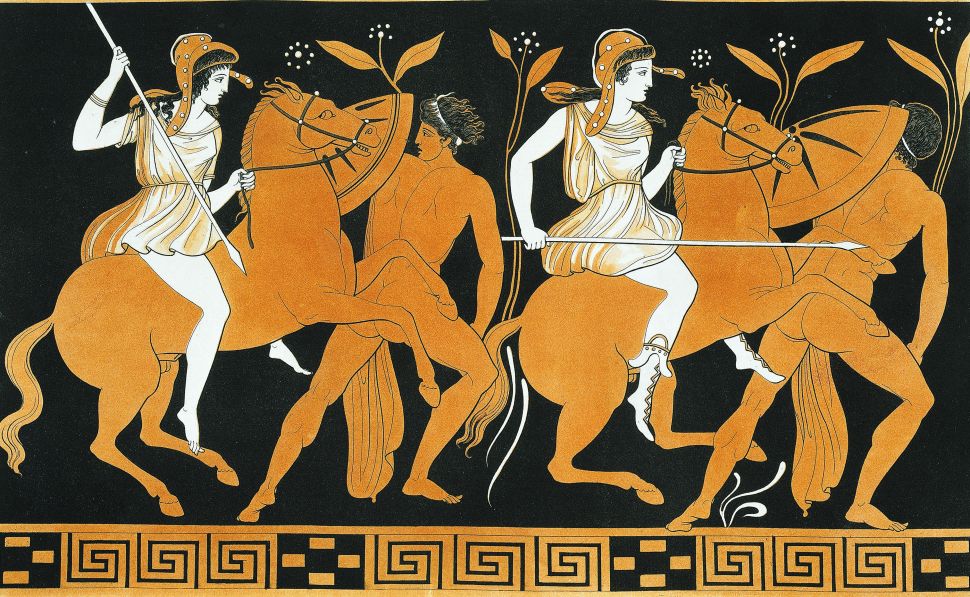