After a Russian SU-24 bomber was shot down from the rear in the disputed airspace between Turkey and Syria by two fighter jets of a NATO-member country last week—an act that was dubbed “a stab in the back” by Vladimir Putin—both Russian politicians and the public wasted no time putting the blame on all-too-familiar villain: the United States.

“This was a military provocation, a violation of international law. And we have to understand unequivocally that the order came not from Ankara, but rather from Washington. We cannot exclude the fact that at the controls of the F-16 there was an American pilot. They have military bases there [in Turkey], military cooperation established. This option cannot be excluded,” said Russian Parliament deputy Vyacheslav Tetekin. He considers the shooting down of Russian warplane to be a pre-planned action, an elaborate military operation.

Others among the Russian General Staff publicly support this notion, noting that the Turkish jets that later assaulted the Russian bomber had been doing circles in the nearby airspace shortly before the attack, as if waiting “in an ambush” for the Russian bomber to appear on their radar. Russian Commander-in-Chief Vladimir Putin believes that American levers are clearly visible behind the Turks’ “ambush”.

“We exchange the information [about the Russian warplanes’ routes with US-led coalition], but the nature of these exchanges and the results of our joint work preoccupy us a lot,” said the Russian president. “Look, we informed our American partners in advance about where, when and what altitudes our pilots will be working. And exactly there we received the blow. The question is—why did we give this information to Americans?  Either they [US] do not control what their allies are doing, or they give out this information left and right, not understanding what the consequences of this will be.”

Russia’s Ministry for Foreign Affairs also places the blame on American “partners” for obviously looking the other way while their own well-established precaution procedures were being broken by Turkey. Top Russian diplomat Sergei Lavrov voiced doubts that Turkey would have dared not to ask US permission to use the US-made F-16 to attack the Russian plane.

“Some members of the coalition, including those that provided their warplanes to conduct the strikes on the territories of Iraq and Syria, told us confidentially that—because the aircrafts used in their Air Force are of American production—Americans demand from these members of coalition to ask for US permission for such an action before doing any strikes,” said Mr. Lavrov. “I wonder if this demand by the Americans includes Turkey too. And if it does, then I wonder if Turkey asked for permission from the United States to put their aircrafts in the air and to shoot down the plane over Syrian territory.”

According to Mr. Lavrov, being the major player in the anti-ISIL coalition, the US must bear full responsibility for the acts of its “subordinates.” During a telephone conversation with his US counterpart John Kerry, Mr. Lavrov expressed Russia’s frustration with the fact of this ” gross violation” of the Russia-US memorandum on ensuring the safety of military aviation in Syria, “in which US assumed responsibility for the compliance with the rules by all parties of the coalition headed by the US—including Turkey.”

Echoing Vladimir Putin, Mr. Lavrov expressed the opinion that the shooting down of the Russian bomber by Turkey was caused by the financial interest of Turkish President Erdogan’s close circle’s involvement in the illegal oil trade by ISIL. “The American coalition began to fly over Iraq and Syria—by the way, without agreement from the Syrian government—more than a year ahead of us. They saw everything but for some reason didn’t touch the illegal oil trade.”

The implication behind these words, openly stated later by the number of Russian papers, was that the shooting down of the Russian bomber achieved revenge by those circles in the US and Turkey that had been financing the anti-Assad insurgency with money that came from illegal oil trade.

Some Russian tabloids published translations from Arab newspapers, which, citing unknown sources within the Turkish government, wrote that during the last summit of G-20 in Antalya Turkey’s President Recep Erdogan personally asked US President Barak Obama for permission to “warn Russia” by shooting down a Russian plane and that Mr. Obama, after a minute’s pause, nodded with approval. 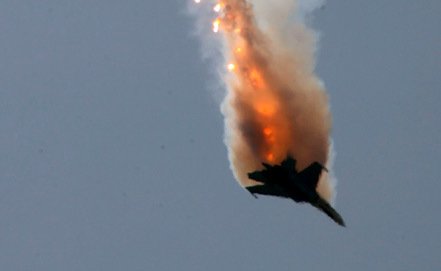 Another “possible” explanation for the shooting down of the Russian bomber, according to the Russian tabloid “analysts,” might have been the desire of the US to access modern Russian military technology that had been recently successfully tested against the USS Donald Cook in the Black Sea and against Israeli aircraft in an unidentified location. This secret technology is thought to block its adversary’s communication system, making it completely “blind” and “deaf.” The newspapers further speculated that the US recently sent its best specialists into the region to crack the Russian “magic” anti-communication system.

It didn’t stop there.

After horrific images of the Russian pilot surrounded by rejoicing Turks emerged, Russia’s Foreign Ministry Official Representative Maria Zakharova stated bluntly that the US government knew who killed the Russian pilot who catapulted from the falling bomber in the Syrian sky and that Russians expected to receive this information from the State Department. A YouTube video put up by someone called “No to Sectarianism” shows the footage of the plane coming down as people off screen shout “Allahu akbar” to strains of action-adventure music. The video has already garnered more than 80,000 views and the US State Department’s odd official press briefing on the matter, complete with references to the “Turkoman forces in Syria” who claimed to have “killed the two Russian pilots as they descended in parachutes” has helped fuel the fire.

“We have all the data to conclude that the US State Department has the information on who these people were [who killed Russian pilot] and we expect the State Department to make an appropriate announcement soon. [We want to know] who was dancing around the dead body of the Russian pilot. We are talking about the armed thugs here who shot Russian pilot and then jeered on his body,” railed Ms. Zakharova.

The young and attractive government official went as far as calling “barbaric” the US Deputy Spokesperson Mark Toner’s comment that forces supported by Turkey “had every right to defend themselves” by killing the parachuting Russian pilot while he was in the air. Not even trying to hide her government’s threat, she called on all Russians to “forever remember” those words.

SEE ALSO: Is China Pulling Its Weight in the War Against Climate Change? 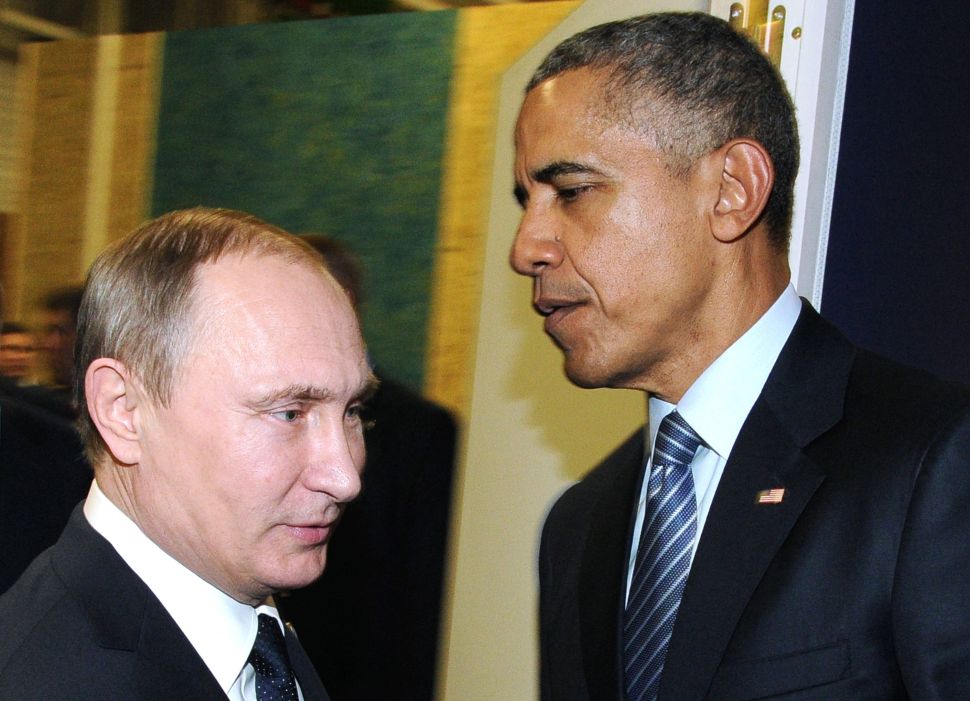