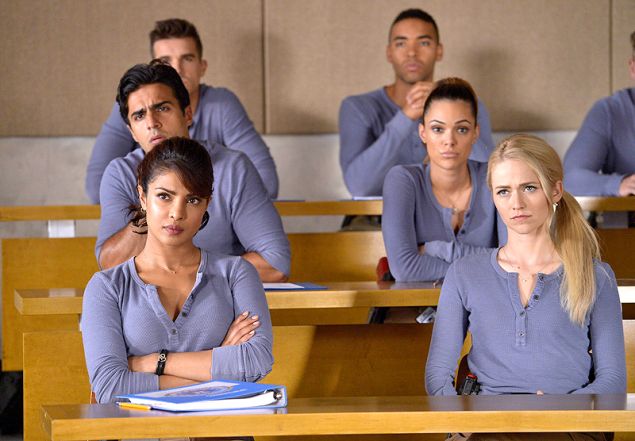 In these troubled times, it’s important that we have capable people protecting our country from foreign and domestic threats.  In the case of the ABC show Quantico, the next generation of these people are all sexy…very very sexy.

Quantico exists in two timelines. One follows a team of trainees vying for positions in the FBI, while the other follows the reaction of these same people months later, dealing with the aftermath of a terrorist attack in New York City.

Former Gossip Girl writer/Executive Producer Joshua Safran brings us people like sexy undercover agent Ryan Booth (Jake McLaughlin), who is only in the trainee program to spy on sexy agent trainee Alex Parrish (Priyanka Chopra); and by “spy on,” they mean “have sex with constantly.” They start the series off having sex, and pretty much just keep it up through all of basic training.

Sexy ex-cop Natalie Vasquez (Anabelle Acosta), Alex Parrish’s rival, is extremely driven at the Quantico academy, but makes time for sex with fellow recruit Brandon Fletcher (Jacob Artist), even though Fletcher may have a troubled past!

Even the seasoned FBI agents are embroiled in some kind of sexy fling.  Are you keeping up? It’s ok if you aren’t.

Beyond the barrage of FBI trainees and employees having sex in dorm rooms, bedrooms, ballrooms, and basically every room, there are a few unnecessarily confusing storylines woven throughout. There are the sexy Muslim twin sister trainees Nimah and Raina Amin (both played by Yasmine Al Massri) who are recruited by the FBI to play the role of one sexy Muslim trainee.  The reason for this is explained, but still makes no sense.

One of the sexy Muslim twins has an ongoing “Will they or won’t they?” with nerdy, sexy Jewish trainee Simon Asher (Tate Ellington), who for some reason, pretends to be gay for the majority of the early episodes.  This is explained, and I rewound the explanation to watch it again, and again, yet I still have no idea why he pretends to be gay, or why fellow (actually gay) recruit Elias Harper (Rick Cosnett) becomes obsessed with Asher; it’s weird, but forgivable.

The action-packed storyline taking place months later involves our heroine Alex Parrish, who is framed for the terrorist bombing of New York’s Grand Central Station. She has to navigate through her former classmates at Quantico while she tries to figure out who the real terrorist is.  Every week the show points us in the direction of a different regular character, only to eventually prove their innocence.  It’s a classic sexy whodunit.

There is so much sex going on during training, it actually explains why these recruits make so many stupid mistakes.

It all sounds ridiculous, and for the most part it is, but this show does have some redeeming qualities that keep me coming back.  Each week’s bait-and-switch on who the bomber is definitely has me hooked, so I genuinely care who detonated that bomb in New York.  I’m not all that concerned with who’s doing sex to who, as long as the sex keeps on happening.  There is so much sex going on during training, it actually explains why these recruits make so many stupid mistakes. It would be hard to think about saving the country while being so focused on making pouty lips at each other. If the FBI is actually recruiting people this horny and troubled, we’re totally screwed. (Editor’s note: In a sexy way though, right?)

The real thing that makes Quantico worth watching is the fact that everyone on this show is so damn hot. They’ve managed to cast a racially diverse group of actors who are so good looking, it almost hurts to look at them. In a way, this is the ideal America: a melting pot of insanely hot people of all races and cultural backgrounds, forgetting their racial and cultural differences, and just getting down with each other.

Spencer Robinson represents actors and writers for Television and Film, plays music and watches TV; sometimes he sleeps. Find him on Twitter. 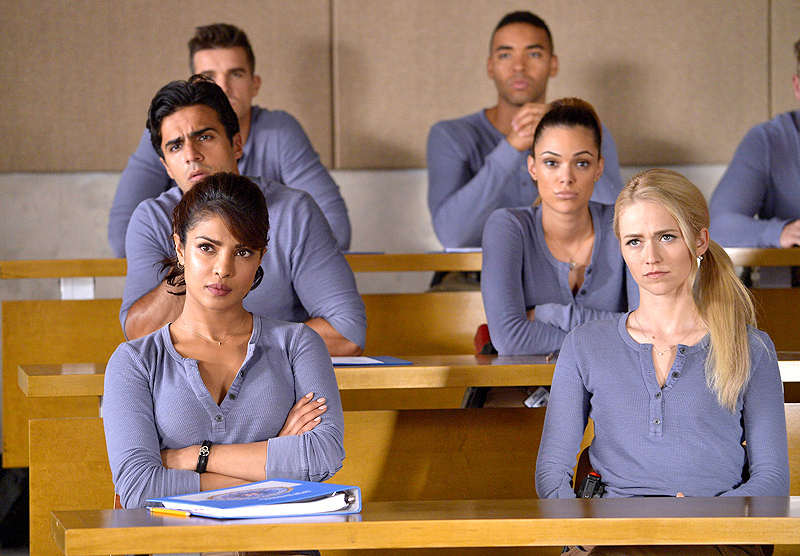