Whether in 2013 when Russia’s President Vladimir Putin successfully pressured the United States not to take action against Assad in Syria, or in 2014 when Russia invaded Crimea with little interference from the West, it remains clear today that “in the world of media and public relations, Russian strong man Vladimir Putin is without equal.”

When I first wrote that maxim, many were hoping it was untrue. Yet, as we see the events unfold around us, it is painfully apparent that today’s United States is ill-equipped to face-off against the former USSR. This Machiavellian genius is playing chess while America plays checkers.

In this most recent fracas, the United States is targeting RT (formerly Russia Today), a 24/7 Russian state-funded television network which runs cable and satellite television channels worldwide in English. David Kramer, a member of Senator John McCain’s Institute for International Leadership, went on an anti-Russia tirade in The Washington Post this week, penning an op-ed entitled “The West should take on the Putin P.R. machine.” Mr. Kramer advocated freezing RT’s assets, yet overlooked the essential fact that RT is not Russian state property. He further confused RT with Rossiya Segodnya—a completely different and unrelated news agency.

The Russian propaganda arm – a proxy of Putin’s government – is lecturing America in English about First Amendment rights.

Mr. Kramer seeks to silence a critic by using prejudice and ignorance to create animus. He didn’t bother checking his sights before he started shooting off his mouth. Facts matter in a war of words – particularly against a brilliant Russian opponent.

In a witty op-ed, Margarita Simonyan, editor in chief of RT, responded: “Given that RT’s property is not Russian state property, this (seizure) would be highly illegal… But why bother with facts or legality? When silencing RT and punishing Russia are at stake, anything goes.”   Ms. Simonyan further opined, “Ironically, calls to restrict RT often come from the same quarters that exalt the virtues of diversity and democracy. Now, they wish to silence a rare voice that dissents from their favored delineation.”

The Russian propaganda arm – a proxy of Putin’s government – is lecturing America in English about First Amendment rights. The sheer audacity of a government often accused of brutality, imprisoning her enemies and broader anti-democratic measures demonstrates how brilliant Russia is at PR.

The hyperbolic fury over RT is extensive. Even Secretary of State John Kerry dismissed RT as a “propaganda bullhorn,” and Andrew Lack, when serving as head of the US Broadcasting Board of Governors, named RT as one of the main propaganda challenges facing the US alongside the Islamic State and Boko Haram. Mr. Lack told The New York Times, “We are facing a number of challenges from entities like Russia Today which is out there pushing a point of view, the Islamic State in the Middle East and groups like Boko Haram.”

Comparing Russian propaganda to ISIS torture, ritual rape, crucifixion of the unconverted, and beheading of enemies is disingenuous to say the least. It is irresponsible and reckless, and demonstrates how ill-equipped America is to handle the foreign policy challenges that Russia poses.

In the war for public opinion, the country that used to be looked to as the leader, for hope, freedom and progress, has been remanded to second-fiddle in the global struggle for recognition and supremacy.

Mr. Putin’s public relations apparatus outmaneuvers the American propaganda machine at every turn, and they leverage the American media – and the American people – to do it. Kremlin-funded media outlets stream Russian opinions to the American masses on the Internet and billboards in Manhattan, influencing American attitudes on U.S. policies for matters such as Iraq, Syria and the Ukraine.

Who has not seen the images of a shirtless Putin on horseback? Suddenly, he is a meme; a strong-man, offset against Obama looking silly and weak – bowing to King Abdullah of Saudi Arabia, riding a bike in mom jeans, and traveling around the world apologizing for America’s actions.

Putin has long mastered PR. In September 2013, with the help of an American PR firm, he penned a New York Times op-ed that urged the American people to oppose a U.S. initiative for military strikes in Syria. It came only a day after President Obama’s primetime speech calling for a diplomatic pause before moving forward with any military action against the Assad regime. Putin speciously presented himself as the protector of Syria and on the side of democracy, and Assad remains in power, despite Obama’s warning of not crossing his “red-line.”

In the aftermath of ISIS’ declaration that they blew up the Russian Metrojet A321, killing all 224 people on board, the former KGB strongman will respond. Russia’s actions will come without multi-national consensus talks. Mr. Putin will act and then explain the danger of ISIS and how they must be countered to protect the free world. Crushing ISIS will be seen as his further victory on the world stage of power.

While Mr. Obama has run from the ideal of American Exceptionalism, Mr. Putin is clear on his Russian ideals, having called the fall of the Soviet Union “the greatest geopolitical catastrophe of the 20th century” and vowed to do all he can to re-establish Russian dominance on the world stage. Mr. Putin’s dominance will stem from the political ideal that blossomed under Mr. Obama; one of embarrassment for America’s prowess.

The simple, incontrovertible truth is that Mr. Putin has masterfully utilized the world’s media in his rise to become Forbes’ most powerful man in the world three years in a row. Mr. Putin parades around doing as he pleases with impunity. President Obama rattles his saber; but Russia sends in tanks and warplanes. The American Emperor has no clothes, while Mr. Putin gallops about shirtless.

Let’s hope the next American President has an understanding of the new rules of PR.

Ronn Torossian is the CEO of 5WPR, a leading independent PR agency. He has been named the Public Relations executive of the Year by the American Business Awards. 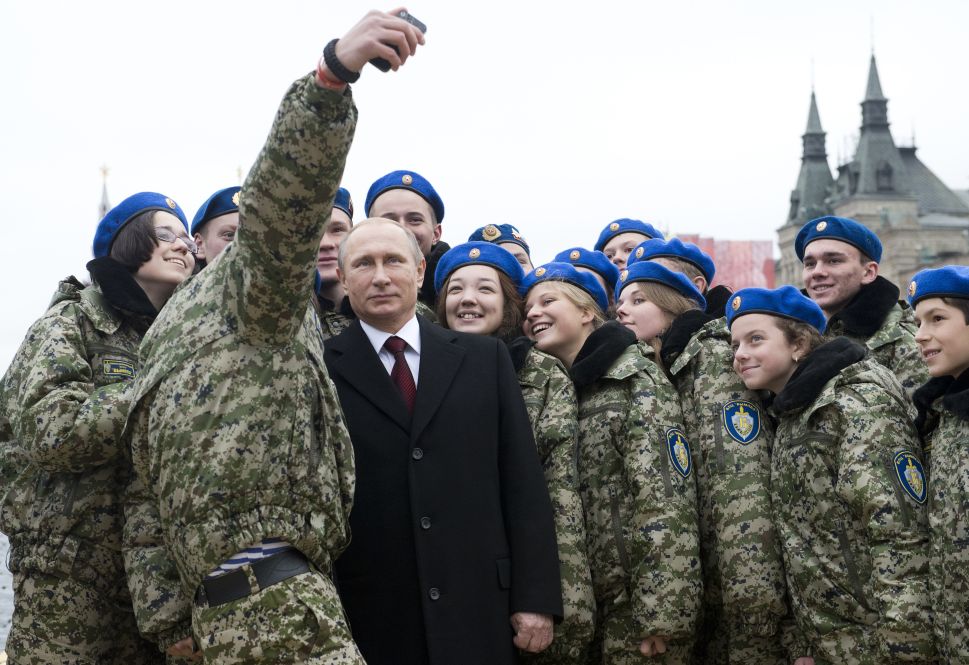