As San Francisco’s middle class vanishes, many residents worry that the city’s cultural institutions are next. And the first one on the chopping block seems to be the Palace of Fine Arts.

The institution became the city’s first art museum in 1916 after being built for the Panama-Pacific International Exposition world’s fair. It’s since undergone several changes of the guard that saw the space hosting weddings, art exhibitions, community outreach programs, and the kids-favorite Exploratorium Museum until 2013. Last February, nonprofit ‘social innovation’ space Innovation Hangar moved in and offered educational workshops, public programs and community outreach initiatives that residents have accepted as an extension of what the Palace means to San Francisco.

Innovation Hangar’s lease is only temporary, though. Should the nonprofit decide not to renew the lease, the advisory board for the Recreation and Park Department is looking for a long-term leaseholder, who could occupy the space for up to 55 years. Among prospective tenants who have  submitted proposals are two hotels, two fitness clubs, a restaurant and an international food pavilion. The board is expected to decide who will lease the space next in early 2016, but one resident is already rallying the opposition.

Kirsten Selberg, 55, was born and raised in San Francisco, and she remembers going to the museum as a little girl. She remembers when the Palace was retrofitted in 1993, and she remembers voting for its extensive $21 million renovation in 2010. That’s why Ms. Selberg started a petition to preserve the site, insisting that whoever occupies the Palace next preserve it as a cultural, educational institution. So far her petition has over 16 thousand supporters.

“It was just a place you went, in grammar school, high school, college, it’s always been part of the fabric of our lives,” she told The Observer. “It’s a real struggle for a city that was once about access for everybody. It was about the art, and our willingness to support art in our community.”

Though the Palace of Fine Arts is a national historic landmark, the status doesn’t change anything. In 2006 Congress ruled that San Francisco’s former military base turned National Park Presidio had to be financially self-sufficient or it would be sold to developers. Ms. Selberg explained how the Presidio decision set other landmarks in the city to same precedent—find ways to commercialize and generate revenue on your own, or your space will be put on the market.

“This is a larger issue that’s been going on in San Francisco for the last 20 years,”  Ms. Selberg said. “Since the first tech bubble, there’s a sense that everything important to San Franciscans has been sold out from underneath us. We’ve always known the Palace as a place for arts and education, so to see it potentially turned into a luxury boutique hotel is like a stab in the heart.” 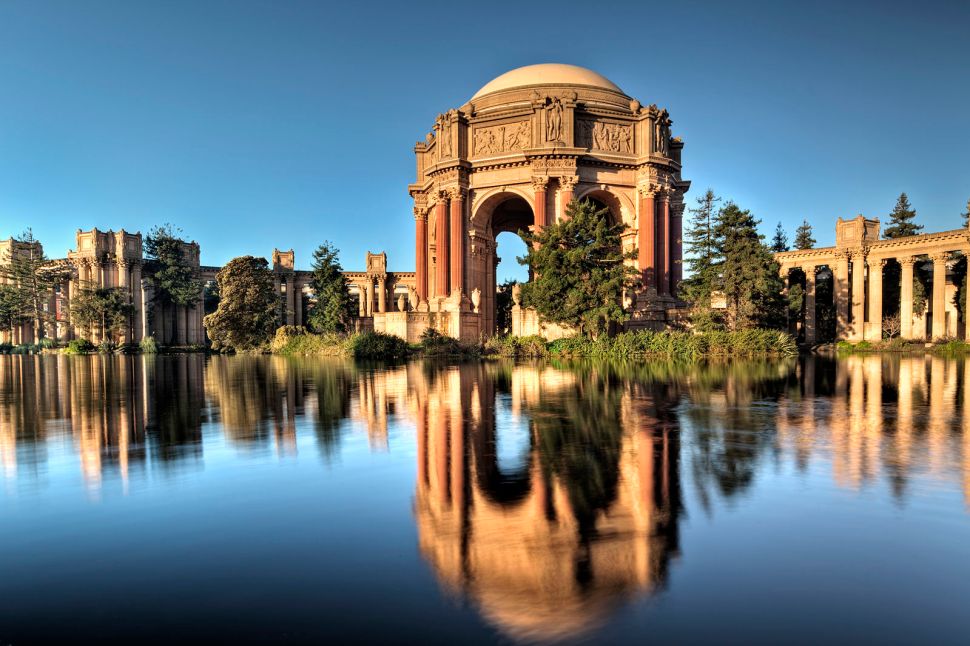