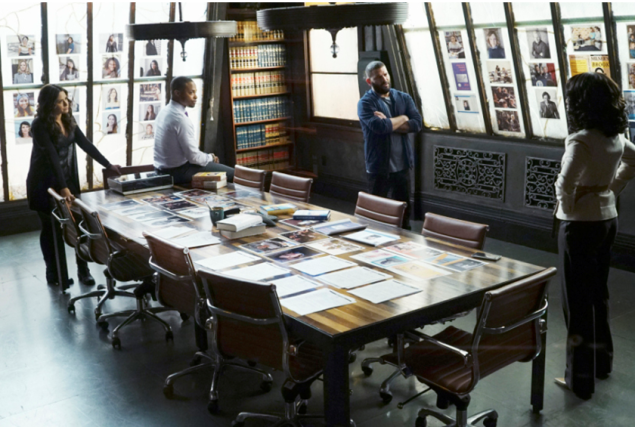 OPA debating whether or not the dad from Boy Meets World is truly capable of being a serial rapist. (ABC)

This week in Olivia’s subpar liquor cabinet, Susan Ross drops off more wine coolers for David Rosen, Fitz is incapacitated by love, and Olivia becomes the first President of the United States to have a fresh roller set.

Season five of Scandal thus far has been pretty remarkable, mostly due to the fact that it has been so thematically sound. The questions of the season as presented in the last finale are simple. What will happen when Fitz and Liv remove all of their distractions and unequivocally choose each other? Which houses must burn for them to get their happy ending? This week continues on that streak as the whole gang tries to recover from the very abrupt end of the impeachment saga. We begin with Fitz issuing a statement which functions as a formal apology to the American people for his marital indiscretions and also a plea for them to refocus on what’s really important. A journalist notes that Fitz often shines in “moments like these,” a casual reminder to the Scandal audience that Fitz fucks up gracefully but often. In the Oval later, Fitz kisses Liv in front of at least forty staffers so its safe to say his decision to be with her will stick this time. Their love bubble is quickly punctured when Cyrus informs Fitz that a dangerous criminal has “escaped” from prison and could be feasibly anywhere. In that moment, Olivia has a decision to make. She can immediately fess up to helping Rowan out of jail in order to save Fitz’ presidency and get her out of a premature marriage, or she can drag this on in an act of spectacular self sabotage. Guess which she chooses! “My father escaped?” she asks as her lip hits a level 10 quiver. I really cannot with her sometimes.

As Fitz and Cy busy themselves with Project Where-The-F-Is-Rowan, Olivia is called back to OPA to meet with her very first client since she became the star of Love and Politics – D.C. The client is a fidgety young woman, Hannah, who tells Liv she was raped by her famed professor two years prior. Her ex-prof, Frank Holland, happens to be at the White House at this very moment accepting a prestigious award for his wildly successful literary career. He’s nationally revered for his feminist works and efforts to give women all over the world access to education. He’s a saint in the public’s eyes, untouchable, and Hannah needs Olivia’s help to make sure the President is aware of his wrongdoings. No one will believe her because he has purposely built an unshakable reputation that would suggest he would be incapable of that sort of behavior. That’s right, ladies and gentleman. Shonda has given us a White Cosby. Olivia does what a woman should do when listening to the story of a rape survivor; she believes her. OPA immediately gets to work trying to gather proof to support her story after Olivia realizes the only way the public will believe Hannah is if there are other Holland victims with similar stories. Turns out its not that hard because, like Cosby, Holland has been a total freak for years and has left behind an easy-to-follow trial of destruction.

After meeting with Hannah, Liv heads back to her apparent new home, The White House, for a nightcap with her man. As soon as she arrives, Jake shows up in a sexy fitted suit, and he is super mad at her right now (he even mocked her proverbial white hat) for initiating the domino effect that ended in his wife’s murder. He reveals Fitz has enlisted his help in tracking down Rowan and ending him for good. Olivia visibly gulps but offers nothing that could get her out of this impossible mess. Over in David Rosen’s Office of Superiority, Elizabeth North is threatening to do an expose interview with Sally Langston. Cyrus has ordered David to find some legal method of preventing her from doing so but since there apparently is none; he has her summoned to his office until he can manufacture something. This does not work so she humiliates him and, ever the masochist, he enjoys it immensely.

The following day, Olivia is seeing Frank Holland in hopes of getting his side of the story. He predictably recounts teacher-student appropriate memories of Hannah and even does so while wearing a non-threatening knit sweater. He does not remember much about her aside from her writing, and calls his wife into the room to see if perhaps she remembers the student. Enter his wife, who jumps at the opportunity to maintain her husband’s innocence and wears a suspiciously short haircut. She is White Camille, and she will protect her husband’s “legacy” even if it kills them both. “Has something happened to her?” she asks like she’s on goddamned SVU. You know what you did, Camille! Fortunately, OPA is having no problems gathering similar stories from other victims. His pattern was always the same; praise their work, offer mentorship, drug them with his wife’s pills, feign innocence. Olivia goes back to the deranged couple with the evidence and White Camille cracks. She gives an unhinged monologue about how no women had college degrees when she graduated on the Oregon Trail or whatever, and that Frank supported her and therefore deserves to rape whomever he desires. If there is one recurring fault this season has yet to alleviate, it’s the odd habit Scandal villains have of revealing their evil motivations in long, poetic monologues. This is not Batman. We can really do without it.

Later on that night, Elizabeth North is going through with her Sally Langston interview. Cyrus is in the Oval, still shaking, begging Fitz to have Elizabeth “detained” or that Fitz seduce her into submission, as if Fitz is the Republican Keith Sweat. He’s not, of course, but he has offered her a job with Susan Ross in exchange for a glowing depiction in her interview. She calls Fitz a “great man” on Sally’s show, which is Fitz’ favorite compliment ever. Cyrus can’t decide whether he is giddy that she didn’t destroy Fitz’ reputation or furious that he may run in to Elizabeth in the elevator. The next day at Frank Holland’s book signing, OPA arranges for 22 of his victims to storm the stage together, sharing their stories and shaming him into silence. (In case you missed it, some of the IRL Cosby victims organized a similar display in New York Magazine last summer) In the end, White Camille is filled with rage and Olivia celebrates her first true victory in a very long time. Back at the White House, Cyrus comments that Fitz is so whipped Liv is basically the President herself. This is just one of the many side effects of choosing Fitz. Whether she likes it or not, she is now an integral part of the way in which the nation operates, simply because its leader is her lovesick puppy. She struggles with this power, and I suspect she always will. Even so, her new role of “the great woman behind the great man,” skillfully guiding his every move, suits her just fine. 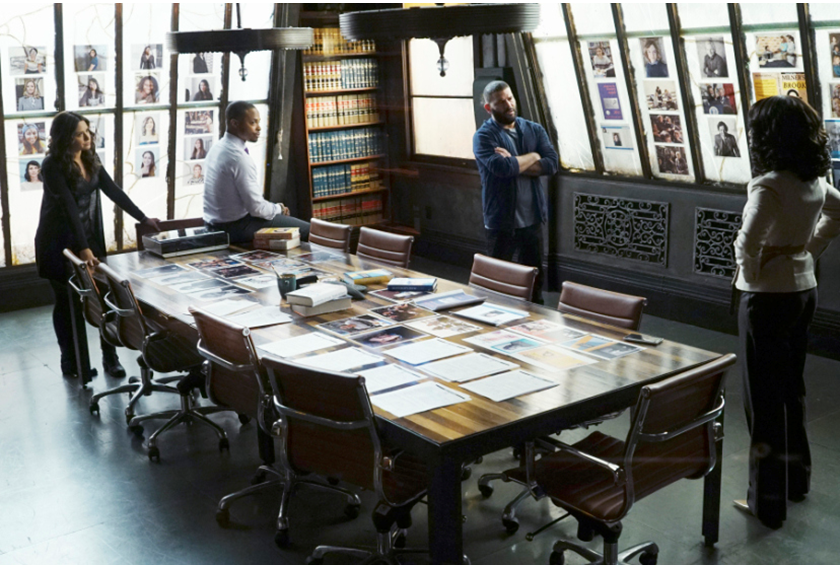