TRENTON – The New Jersey Senate Higher Education Committee met at the State House Annex today to discuss how violence prevention can be made more effective at institutions of higher learning throughout the state. The hearing—while in no way related to this weekend’s violent events in France—lines up with the current national initiative of improving violence-prevention tactics and making citizen safety a priority.

The session was presided over by chair state Sen. Sandra Cunningham, Sen. Nellie Pou, Sen. Tom Kean Jr., and Sen. Robert Singer. According to Cunningham, the session was called because instances of campus violence are being seen nationwide and the committee wanted N.J. students to be prepared.

“I thought this would be a great opportunity to find out what we are doing in the state of New Jersey to protect our young people while on campus,” Cunningham said.

Representatives from New Jersey county colleges—including institutions in Hudson and Passaic Counties—spoke to the specific challenges facing small institutions that all vary greatly from institution to institution. According to the county college reps, various initiatives can be taken to improve student safety on college campuses. These initiatives include the implementation of behavioral intervention teams that look for red flags among students, annual institution self-assessments, working closely with the New Jersey Office of Homeland Security and Preparedness and working with law enforcement to familiarize them with institutions before an issue ever arises.

Public safety representatives were also there from Rutgers, Rowan and Princeton Universities to advise on the challenges facing larger institutions.

According to Cop, while the violence in France was not located on a campus, it is important to consider large-scale acts of violence such as these.

“We would be remiss today if we didn’t talk about what happened in France,” Cop said. “While that wasn’t a college campus, it just shows the vulnerabilities.”

Cop, along with his colleagues from other institutions, all said that on-campus safety has really been at the forefront of public consciousness since the Virginia Tech shooting in 2007 where a gunman killed 32 people on campus. The public safety officials also discussed how, though steps are being taken, instances like the Oregon shooting last month at Umpqua Community College underscore that more needs to be done.

According to Rowan University Emergency Management Coordinator Michael Kantner, changes to safety policies on campus have been “reflected from Virginia Tech on.”

“Education will help fight back this culture of fear in our county and on our college campuses,” Kantner said.

Sen. Cunningham said that the information at the session had “done a good job” of informing the committee on which issues need to be addressed and what is currently being done to keep students safe.

Students from Montclair State University and Rutgers University were also in attendance. In addition to discussing threats like active shooter situations or bomb threats, the committee hearing also addressed sexual violence on college campuses and other hazards. 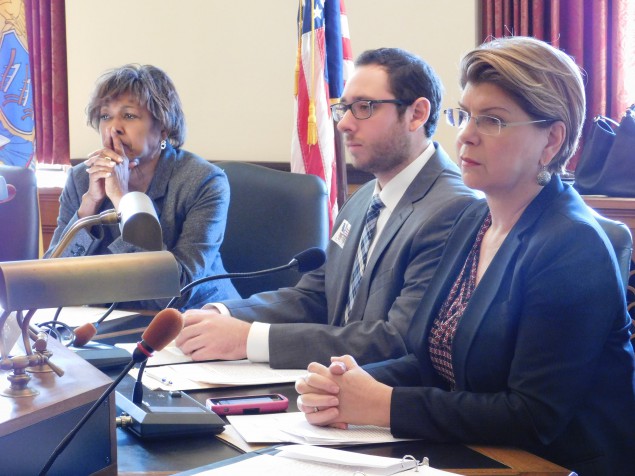