Did former Assembly Speaker Sheldon Silver sell his office in exchange for kickbacks and bribes, or simply make legitimate outside income that prosecutors just don’t like?

Those were the two narratives presented to jurors today in the Manhattan federal courthouse where Mr. Silver, still an assemblyman and once among the three most powerful men in the state, is standing trial on charges of honest services fraud, extortion and money laundering for allegedly taking more than $4 million in bribes and kickbacks.

“Power. Greed. Corruption,” Assistant U.S. Attorney Carrie Cohen began her opening statement today. “This is a case about a powerful politician who betrayed those he was supposed to serve to line his pockets.”

But Mr. Silver’s defense attorney Steven Molo said the government simply disapproved of the entirely legal fact that Mr. Silver and other state lawmakers can hold outside employment and, instead of trying to change such laws—which he said will present “inherent conflicts of interest”—the government was “leveling false criminal charges against one of the senior legislative officers, senior government officials in this state.”

“It makes some people uncomfortable, but that is the system New York State has chosen, and it is not a crime,” Mr. Molo said. “The prosecutors are trying to make it a crime, but it’s not.”

Mr. Silver is accused of two separate bribery and kickback schemes, both involving disguising the money as legitimate attorney referral fees. The case—along with corruption charges against another of Albany’s most powerful politicians, State Senate Leader Dean Skelos, has rocked Albany this year. Both were brought by U.S. Attorney Preet Bharara, who has decried Albany’s “three men in a room” power structure and sat in the back row of the courtroom today, surrounded by other top lawyers in his office.

The prosecution alleges that Mr. Silver steered state grants to mesothelioma research to Columbia University and New York Presbyterian Hospital in exchange for a doctor there, Dr. Robert Taub, referring patients to a law firm that sues on behalf of such patients,Weitz & Luxenberg, where Mr. Silver was of counsel and received lucrative payments for referring clients with asbestos cases. In a separate scheme, Mr. Silver is accused of asking two real estate giants—including Glenwood Management, which had business before the state including the renewal of lucrative tax credits—to steer business to a law firm that employed his friend and former counsel, Jay Golberg. In exchange, the prosecution says, Mr. Goldberg paid Mr. Silver kickbacks that were “disguised” as legal fees. Finally, he is accused of laundering some of that money through private investment opportunities that earned him close to another $1 million.

“This was not politics as usual,” Ms. Cohen, the prosecutor, argued. “This was bribes and kickbacks—illegal, criminal conduct.”

“The defendant held the fate of their business in his hands,” she said.

She painted Mr. Silver as a politician who went back on his promises to protect tenants by holding private meetings with Glenwood lobbyists and signing off on a version of a rent regulation bill that the company favored. “He was on Glenwood’s payroll,” she said.

The prosecution repeatedly tied the schemes to Mr. Silver’s office, saying he had no training to evaluate mesothelioma cases for referrals but was given them because of how his position could help Dr. Taub, who will testify in the case. In turn, Dr. Taub’s research got state money.

Mr. Molo, meanwhile, insisted Mr. Silver had done only something that the prosecutors “don’t like,” not something illegal, and that there had been no quid pro quo or bribery. “That did not happen,” he said. “He is not guilty. He has not committed a crime.”

Mr. Molo also offered a civics lesson to the jury, showing a picture of the State Capitol and explaining how one end, the Assembly, is controlled by Democrats and the other, the Senate, by Republicans. To get things done, he argued, deals and compromises are sometimes made, he said, and sometimes politicians compromise even on issues very important to them. He argued Mr. Silver’s work resulted in things like state money to search for a cancer cure—a cancer that affects working class people, he made sure to note—help charities or pass rent regulations.

“How did that possibly get twisted into a criminal charge?” he asked.

While the prosecution had argued Mr. Silver had no real experience actually practicing law, Mr. Molo insisted that was not the case and that he was an experienced personal injury attorney who sometimes was approached about cases outside his speciality that he referred to other lawyers for a routine fee. While Ms. Cohen had argued Mr. Silver barely knew Dr. Taub but, after grant money ran out, helped his family get jobs or money for their charities, Mr. Molo said they were friends who had meet at Jewish holidays. He deemed the accusations “insulting” to the work Dr. Taub has done to cure cancer and noted that the vast majority of the state’s mesothelioma patients who sue choose Weitz & Luxenberg,

Jurors also heard briefly about the Moreland Commission, an effort to root out corruption started an unceremoniously ended by Gov. Andrew Cuomo—but not before some of its work was used by Mr. Bharara to bring the case against Mr. Silver, who Ms. Cohen said sought to hide his behavior from the commission.

“The commission never found out. It never found the truth,” Ms. Cohen said, promising the trial would reveal it all.

Mr. Molo, meanwhile, said Mr. Silver and his staff believed the commission was “illegal” and an over-reach of the governor’s power, and as such sued to stop it—a suit led by a lawyer in private practice who was once the U.S. attorney.

The trial continues this afternoon with the prosecution’s case against Mr. Silver, and it is expected to last for six weeks. 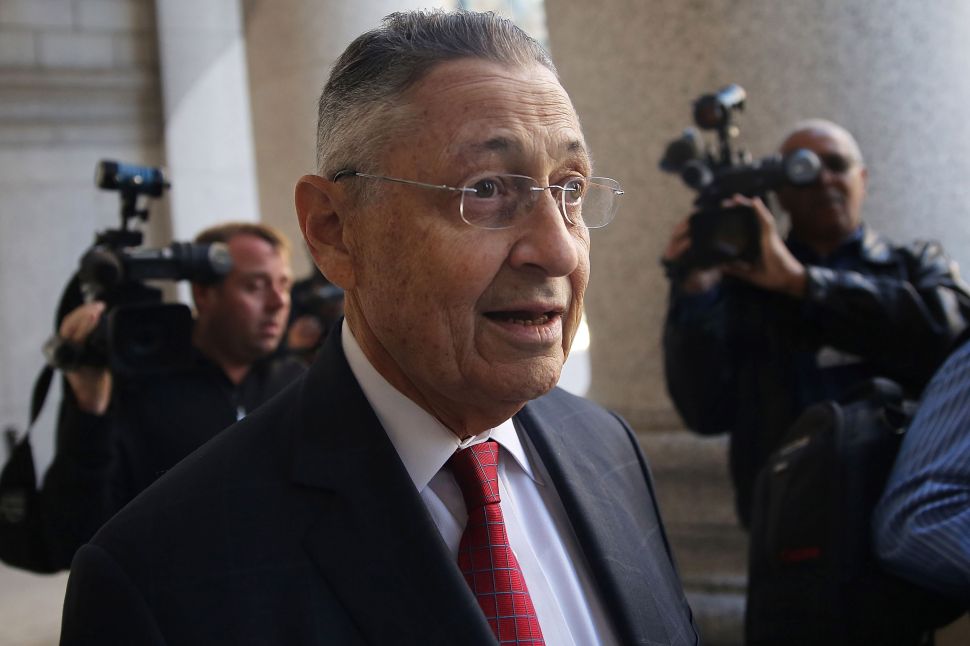