The first person to take the witness stand in the case against former Assembly Speaker Sheldon Silver was one his colleagues: Assemblywoman Amy Paulin, who defended the now-disbanded, anti-corruption Moreland Commission and deemed a defense attorney’s questions about her husband’s finances “sexist.”

Ms. Paulin, a Democrat (like Mr. Silver) who represents Scarsdale, was called on by the government in large part, it seemed, to explain the legislative process in Albany—and show how much power Mr. Silver wielded. She spoke about his control over “member items,” money lawmakers were given to support causes in their districts, and said Mr. Silver had not disclosed that there was discretionary funding available for healthcare causes. The government alleges that Mr. Silver allocated some of that discretionary money to fund research into a cure for mesothelioma, a cancer caused by asbestos, at Columbia Presbyterian Hospital—in exchange for a doctor there giving Mr. Silver the names of patients who wanted to sue over their illnesses, for which Mr. Silver was paid hefty referral fees from the law firm Weitz & Luxenberg.

Ms. Paulin said Mr. Silver also never disclosed he was receiving referral fees for patients being treated at Columbia. “I did not know that.”

But under cross-examination, defense attorney Steven Molo sought to show that any lawmaker might vote on an issue or allocate money to an organization that had an impact on their own personal finances or life. He pointed out Ms. Paulin’s husband, Ian Schuman, has stock in Con Edison and pharmaceutical company Merck—both listed on her financial disclosure forms—and that Ms. Paulin had chaired a hearing at which the head of Con Edison testified and sponsored legislation that would have made a Merck vaccine mandatory for school children.

Ms. Paulin took issue with Mr. Molo presenting her husband’s stock purchases—and his large income as a real estate broker—as her own. “Frankly, I find it a little sexist,” she said.

“Is there anything wrong with what you did?” Mr. Molo asked.

“You’re making me think about it,” Ms. Paulin said, adding she’d be more careful and discuss her stocks with her husband.

Mr. Molo repeatedly asked if Ms. Paulin had disclosed those connections to Mr. Silver before voting on the issues, and she said she had not, nor had she discussed giving member items to a nonprofit she formerly worked at that helps battered women. But on further questioning, Assistant U.S. Attorney Howard Master asked Ms. Paulin if the investments were listed on financial forms (they are, she said) and whether Mr. Silver would be able to see them there (he would, she answered).

Ms. Paulin and Mr. Molo also sparred over the Moreland Commission—enacted by Gov. Andrew Cuomo to sniff out corruption when the State Legislature failed to pass ethics reform. (Mr. Cuomo later disbanded the commission, to much criticism.) Mr. Molo presented the Moreland Commission as an over-reach by Mr. Cuomo and a violation of the separation of powers between the legislature and the governor—something the legislature also alleged in a lawsuit.

The second witness of the day was Perry Weitz, the co-founder of Weitz & Luxenberg, the law firm where Mr. Silver earned $120,000 a year for holding the title of being “of counsel” and which paid him referral fees. He said he hired Mr. Silver to be “of counsel” to the firm because Mr. Silver was a “very prominent, prestigious guy” who could boost their reputation.

Asked what kind of work Mr. Silver did for the firm on cases, or negotiations, or any other legal matters, Mr. Weitz said none. The government asked: are there any other employees who are expected to do no work but still get paid?

“There are some who don’t do any work and receive a salary,” Mr. Weitz said as a joke, laughing. Then, his serious answer: “No.”

The trial will continue tomorrow with more testimony from Mr. Weitz before the government calls Dr. Robert Taub, the doctor at Columbia Mr. Silver is accused of giving grant money in exchange for referrals. 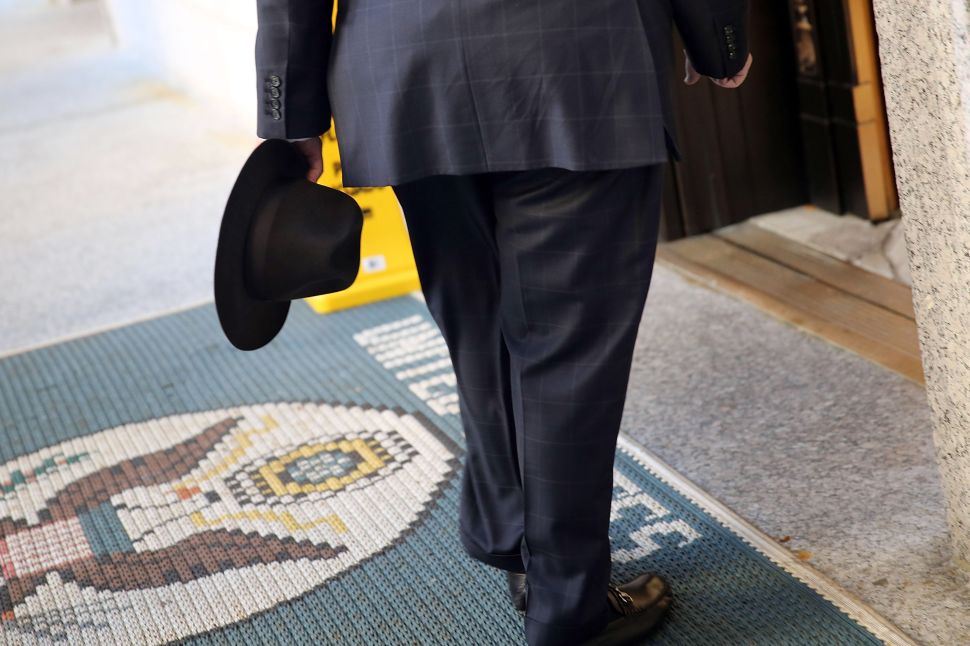