For the first time ever, the footwear and accessories company FEIT has partnered with local charities to encourage New Yorkers to reach out and help bring warmth to unsheltered citizens this winter—starting with their feet.

In the past decade, New York City’s homeless population has increased by 85 percent. Of the 60,000 unsheltered New Yorkers, 40 percent are children. With help from The Bowery Mission and It’s From the Sole, FEIT is hosting a shoe drive from November 16 to December 13, asking the public to donate a gently worn pair of shoes to those in need.

The founder of FEIT, Tull Price, said that the drive strives to not only provide shoes for those in need, but also to raise awareness of the city’s increasingly large homeless population.

“New York City’s homeless population is at the highest level since the Great Depression,” Mr. Price told the Observer. “It stares us in the face everyday.”

Last November FEIT opened a store at the intersection of Bowery and Prince Street, directly across from the Bowery Mission, which brought the issue of homelessness closer to home. So it makes sense that FEIT will be giving the donated shoes to the Bowery Mission, who will then distribute them to various locations across the community. It’s From the Sole will also receive the donated shoes, which will be given directly to those in need on the streets.

These two charities have been dedicated contributors to the city’s homeless well before this season’s shoe drive. Founded in 2012, It’s From the Sole has donated new and refurbished shoes, socks and outerwear to over 8,000 homeless people in New York. The team focuses on concentrated areas of the city’s homelessness, including Port Authority, Union Square Park and Grand Central Station. The Bowery Mission has housed and served homeless New Yorkers for over 130 years, offering the hungry and the homeless a warm and faithful sanctuary.

“The Bowery Mission and It’s From the Sole are known for their charitable work in this specific area and were more than happy to team up and make this initiative possible,” Mr. Price said. “Both organizations have a big impact in directly helping the homeless population in New York City.”

Those who donate will receive a 25 percent discount towards any FEIT purchase, and a percentage of the stores’ sales will be going towards the costs of repairing the donated shoes. Donations will be accepted at both FEIT locations in Manhattan (2 Prince Street and 11A Greenwich Avenue).

“We see this as just the beginning,” said Mr. Price, who hopes to make this drive an annual event. “Our ultimate aim would be to create a drive that can put a pair of shoes on the feet of each of the 59,000 homeless people in New York.” 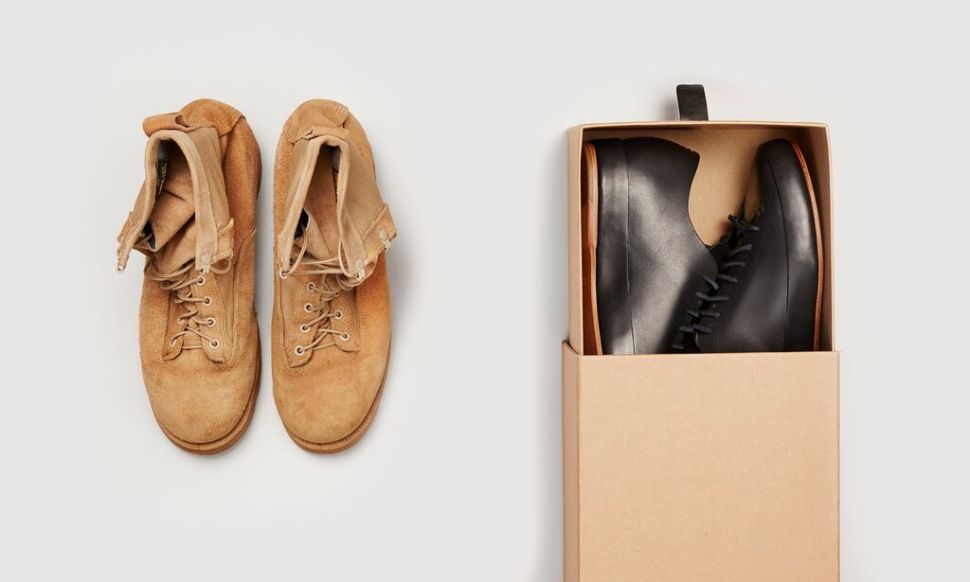