This week, Joe Nocera did what few Times opinion columnists have the decency to do: he stepped down from his perch. Or more accurately, according to a newsroom memo, he stepped over into a newly created column he’ll be writing on the business of sports, a subject he’s covered frequently.

In his last column, Mr. Nocera took the chance to empty his head of some remaining thoughts, suggesting, for instance, term limits of 18 years for Supreme Court justices. “Few things have more poisoned our politics than battles over Supreme Court nominees, precisely because they are lifetime appointments,” Mr. Nocera wrote. “With term limits, the stakes would be lower when a seat is vacated, and maybe, just maybe, our political culture could start to heal.”

Mr. Nocera set a good example for the Supreme Court—and for his fellow columnists in the op-ed department—by moving on from the opinion pages after a short, four-year run. Which leads one to think: Why shouldn’t there be term limits for opinion columnists? It’s a fair question, given that the Times op-ed page too often feels weighed down by tired pundits who dispense the same thoughts long after they’ve curdled.

Maureen Dowd (who also recently became a staff writer for the Times magazine) has been making up cute nicknames for public figures since the Clinton administration; David Brooks continues to wax pseudo-psychologically on religion and society and the culture at large; Paul Krugman has been writing the same column for well over a decade (as Alex Pareene pointed out in his skillful demolition of the Times op-ed page last year); Nicholas Kristof is a saint, but saints are boring; Frank Bruni should never have left the restaurant reviewing beat; Charles Blow is … not so bad, I guess; Gail Collins’ clever yet smirky shtick got old (for me) about a year ago; it’s not clear whether Roger Cohen even deserves a mention in this list; and Thomas Friedman … well, does anyone even read Thomas Friedman anymore?

This is not to say that these columnists are washed up. Perhaps a new beat could invigorate them. But their views and writing styles have ossified on the bench, and that’s a bad sign.

There are no writing positions at the Times more exalted than that of opinion columnist. It’s as close as a journalist can get to having tenure without having to teach, which may be why so many who hold the title cling to it for so long; there’s nowhere else to go but down, though some in recent memory have taken the noble leap into oblivion.

Bob Herbert left the Times in 2011 for the think tank Demos to pursue activist endeavors. Frank Rich departed from his weekly Sunday column for the seemingly greener pastures of New York (and definitely greener pastures of HBO). While they may not be as much a part of the conversation as they once were, these writers were smart to leave. Mr. Herbert had been doing his twice-weekly column for 18 years, and although well-intentioned, he was starting to repeat himself when he penned his last piece. Frank Rich had as good a run at the Times as anyone, but he’d been opining for 17 years, and the 1,500-word template he’d been assigned in the last iteration of his Times career was starting to lend predictability to his thoughts.

With that in mind, four years seems like a reasonable amount of time for a Times opinion columnist to shine and move on without burning out, the possibility of which Mr. Nocera demonstrated. With a more frequently rotating roster of opinion-havers, the back pages of the Times would have more color, and that would be a benefit for readers. Also, opinion columns no longer carry as much weight as they did before the blogosphere came along and neutered them. So switching out writers on a more frequent basis would keep the page lively. (To its credit, the Times recently enlisted a slate of op-ed contributors to add more heterogeneity to the mix.)

Times book critic Dwight Garner got at something similar in a piece for Salon in the mid-’90s, claiming that term limits for daily book critics should be set at “four years maximum.” He’s since rescinded that remark, blaming his former radicalism on a friendship with Bill Ayers.

But is it really so radical, as a reader, to desire fresh copy over stale ideas? In his manageable tenure on the op-ed page, Mr. Nocera, the former “Talking Business” columnist for the paper, wrote about a wide variety of subjects, including Wall Street, the NCAA, gun regulation and e-cigarettes. He made his fair share of mistakes (Margaret Sullivan, the Times’ public editor, called one of his columns on Warren Buffett “intrinsically flawed”), but overall, you could usually rely on him to deliver no-nonsense, reported pieces that took on the subjects that interested him. Perhaps, in moving on from the opinion desk, he yearned for more reportorial rigor in the news department. Whatever the case may be, he did the right thing, and his colleagues would do well to take note. 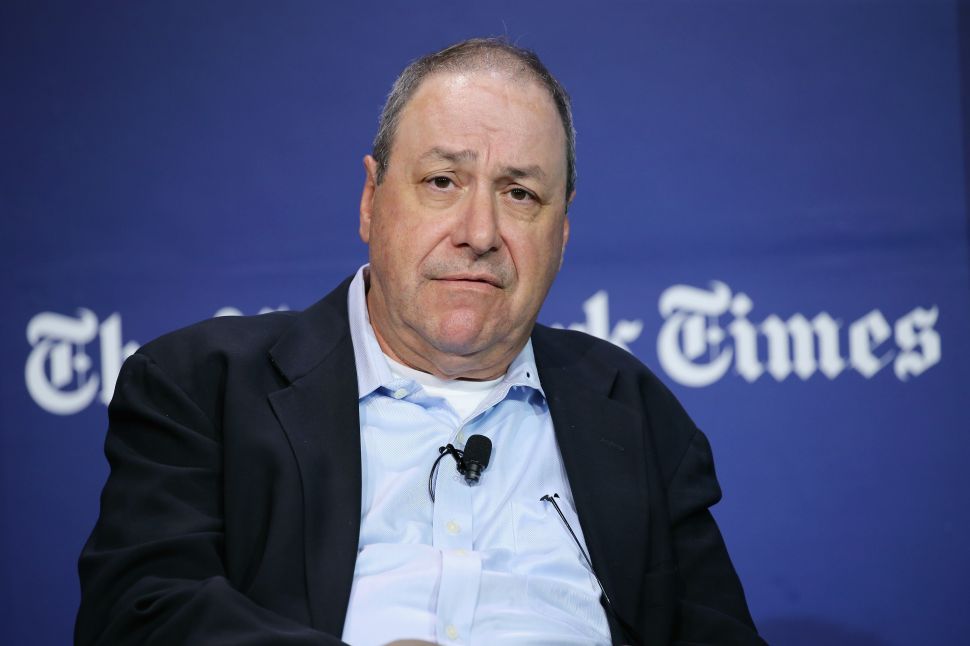