HASBROUCK HEIGHTS – Legislative District 38 was originally considered to be one of the most competitive in the state. While both incumbents were Democrats, it was thought that Republicans would have a fighting chance in winning seats on the N.J. Assembly in the district.

Tonight, incumbents Joe Lagana and Tim Eustace assertively won their seats from challengers Mark DiPisa and Anthony Cappola. It seems that the real turning point in LD38 came when revelations that Republican candidate Cappola had written an offensive book surfaced.

According to Stellato, the win in LD38 will help the district become less competitive than in has been in years past.

“We won towns in Bergen County that we never dreamed of winning,” Stellato said. “We are building a foundation there.”

In 2013, Eustace was reelected over challenger Joseph Scarpa by the tiny margin of 35 votes. 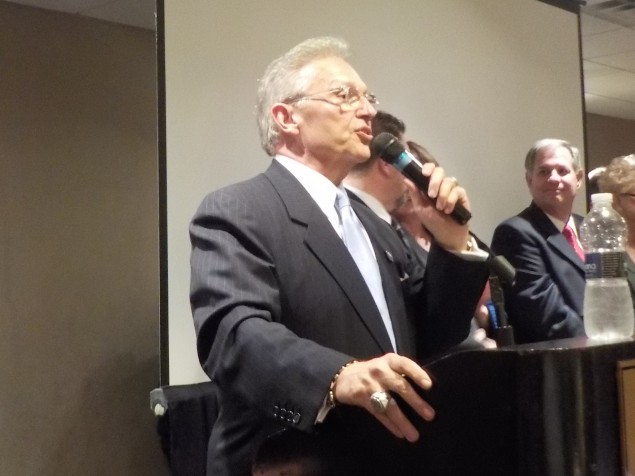