Before discussing this week’s episode (“Livewire”) in depth, it should be noted that this was not the episode originally slated for this week. An episode titled “How Does She Do It?” has been pulled for the time being; in light of the Paris attacks, CBS decided to postpone the episode, as it focuses on bombings in National City. Continuity-wise, it doesn’t seem like we’ve missed much, though — except, perhaps, for some development in the Kara/James/Lucy love triangle. (“Livewire” shows James and Lucy returning from a Thanksgiving vacation together, so it seems they are, in fact, an item.)

Now, as for “Livewire”: the fan service is strong in this episode. Much of it felt like an opportunity for Helen Slater (the original Supergirl) to make comments about how much she admires Kara and the work she’s doing as a caped crusader. But her guest appearance as Dr. Eliza Danvers — Alex’s mother and Kara’s foster mother — did reveal a very key bit of information that will likely propel much of the action remaining in the season. Through a series of flashbacks, we learn that Henshaw and the DEO have been after Kara since her childhood, and that her foster father, Dr. Jeremiah Danvers (hi, Dean Cain!), joined the DEO in order to protect her. He died mysteriously while working for the organization, and Alex and Kara strongly suspect that there’s a lot that Henshaw isn’t telling them. (Unlike the viewers, they have not noticed Henshaw’s glowing red eyes, because that would have tipped them off weeks ago!)

With Jeremiah out of the picture, this episode is heavy on the dynamics between Kara, Alex, and Eliza. All three of them are working hard to protect one another, in their own ways, and the reveal of Jeremiah’s occupation and death complicates matters considerably. After all, how can they look out for each other if all of them have good reason to fear for their own lives?

This anxiety and fierce determination to support one another appears to be at the heart of their complex family dynamics. The Thanksgiving dinner that these women share with Winn (who was just grateful to be included, bless his heart) isn’t all too different from the tense family holidays that many of us experience around this time of year. There’s debate about who will carve the turkey — though, as Alex points out, Kara using her powers on the bird wouldn’t be all that much worse than nuking it in a microwave. There’s wine — lots of it. And there’s deep-seated resentment and history that sheds light on the challenging yet loving relationship that Kara and Alex have exhibited so far in the series.

In short, we learn that Alex was always the one tasked with keeping Kara in line, and that Kara was often let off the hook for her behavior. Her parents saw her as an alien adjusting to a new planet, and they didn’t want to blame her for making mistakes when she was living so far from her family and culture of origin. As a result, Kara has remained a bit sheltered, and Alex has worried that she’ll always be the one cleaning up (and being blamed for) mistakes. Seeing this, Eliza changes course — while still offering compassion to both of her daughters, she now allows Kara to accept responsibility for her own decisions and shares praise and validation more explicitly with Alex. It’s a far neater resolution than most families are able to reach on Thanksgiving, but it’s one that is likely to serve the family well as they dig deeper into Jeremiah’s history with the DEO.

The dynamic between the Danvers women is mirrored in the relationship between Cat Grant and Leslie Willis/Livewire, a radio host turned electrifying evil. Cat, it seems, has a very similar relationship with her mother to the one that Alex has with Eliza — minus the warmth. Cat’s ambition is the product of her constant need to impress her mother, to be the best version of success possible. In turn, Cat put the same pressure on Leslie, which caused her accident and ultimately caused her transformation into a supervillain. “I turned her into a monster,” Cat admits to Kara in an uncharacteristic moment of vulnerability. It is fitting, then, that Cat plays such a large and necessary role in defeating Livewire, even though Supergirl is ultimately the one who saves the day.

Importantly, this episode also laid the foundation for Cat inevitably discovering Kara’s true identity. Kara has started to open up to her boss about her family history, sharing that her parents “died in a fire” and that she was raised by a foster mother. If Cat thought about this deeply enough, she probably could read through the lines, and I’m honestly surprised that she hasn’t yet. She’s a brilliant woman who runs her own media empire! Surely she can uncover the reason why Kara and Supergirl look awfully similar. But now that Cat and Kara have actually started to openly discuss and acknowledge (parts of) Kara’s history, it’s only a matter of time before the facade vanishes completely. 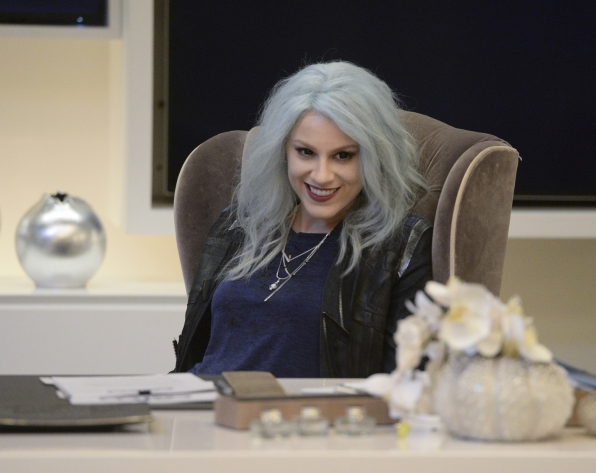