In the wake of the Paris attacks, “How Does She Do It?” made headlines for its depictions of bombings in National City, but what was overshadowed in that media coverage is that it is also the episode that asks the question of the decade: can women have it all?

The elusive “it” in that question is the work/family balance that many women desire (though, I’m going to be bold and say that lots of people want this, regardless of gender). In Kara’s case, this means: can she work as Cat’s assistant, fight crime as Supergirl, fight crime more stealthily as a DEO agent, and flirt with James? Can she work a job for money, a job for saving the world, and also manage to have a husband and children and friends?

Though Cat finds this question utterly “annoying,” she knows the answer: yes, she can. But not all at once, and not right away. Cat’s personal secret to success remains a bit unclear—she somehow transitioned from being The Daily Planet’s gossip columnist to being a media mogul, but we haven’t yet learned what her path was between the two. Also, somewhere along the way, she became a mother! She is raising him on her own, while running all of the print, web, television, and radio media of National City. She must be exhausted; I can’t blame her for wanting those lattes so bad.

“How Does She Do It?” introduces us to young Carter Grant, and he’s a delightful boy. In a twist on the fanboys we are so used to seeing represented in comic culture, Carter actually prefers Supergirl to Superman. Part of it is because she’s pretty, of course, but he also admires her strength, her fighting abilities, and her heart. His interest in Supergirl is definitely framed as a crush, but not in an overly sexualized or derogatory way. It’s sweet.

Once again, though, we see that Kara is not quite at Cat’s level. In addition to trying to stop the mysterious bombings plaguing National City, doling out relationship advice to James and Lucy, and, y’know, doing her day job, she is babysitting Carter while Cat goes to Metropolis to accept an award for women and journalism. Kara and Carter have plenty of fun together, and she demonstrates a pretty remarkable ability to responsibly relate to kids (for someone who likely doesn’t interact with children often)—but she manages to lose track of Carter long enough for him to hear that Supergirl might be investigating a bomb threat at a train station, sneak out of CatCo, and manage to get on the very train carrying the bomb, just so that he could catch a glimpse at Supergirl. It works out fine for him—Kara figures it out and gets to the train in time to save Carter and the rest of the passengers, and now he has a great story to tell his friends about being saved by Supergirl. But it suggests that she truly is trying to take on too much, and she’s going to need to step back and reevaluate her priorities before juggling so many responsibilities.

And yet. It’s not that simple, because the bombings were specifically designed to test Supergirl’s limits. Maxwell Lord admits as much at the end, when it is revealed that the reason why his fingerprints were all over the setups and the technology used is because he actually orchestrated the whole thing, in an elaborate attempt to unmask Supergirl. Each of the bombings that affected National City was created to test Supergirl’s endurance and abilities, and she demonstrated that she has learned a great deal since her early speed bumps. But the final test, when bombs were planted at both the airport and the train station, was meant to test Supergirl’s character. Because she chose to save hundreds on the train rather than thousands at the airport*, Lord has concluded that there was someone specific on the train who she was interested in saving. Uncovering that person’s identity, he explains, is the key to uncovering Supergirl.

Lord isn’t completely wrong about this—yes, Kara definitely went to the train in order to save Carter. But is Carter really the key to understanding Kara? She doesn’t want her boss’s son to die, but there are more complicated facets to what makes her tick, and I have a feeling that if Lord’s only looking at it this way, he’s going to end up missing a lot.

*Lord hasn’t quite figured out that Supergirl had both the train and the airport covered—she just split the work with the DEO. And she made the right call, because Henshaw disabled the airport bomb with his bare hands. We need some answers about who this creepy but badass cyborg government bureaucrat is, stat. 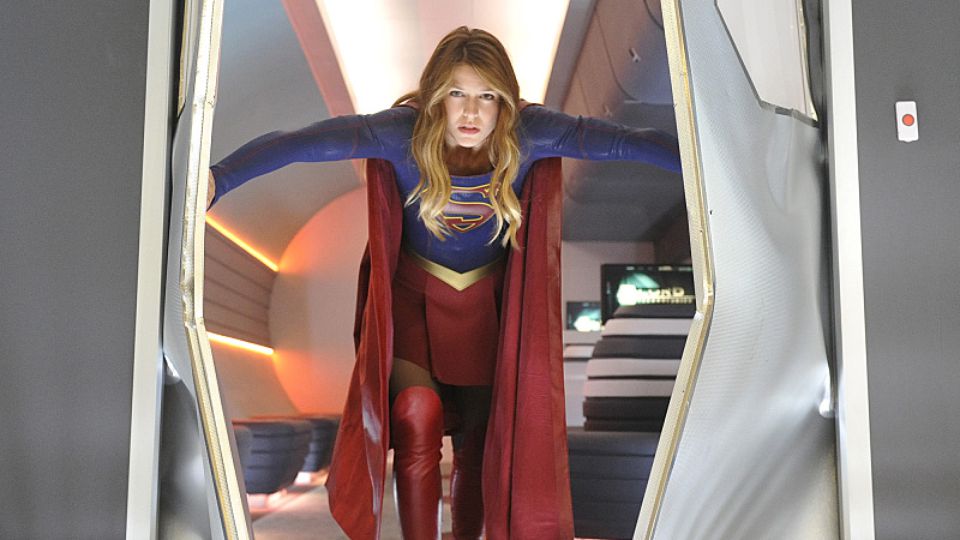