While it is not likely that the United States Supreme Court will ever overturn Roe v. Wade, the abortion issue always evokes passion and debate.  The Supreme Court added an abortion case to the 2015-2016 docket last week thereby guaranteeing that both the issue of abortion and the Supreme Court itself will become hot topics in the 2016 Presidential election.

In Whole Woman’s Health v. Cole, the Court will consider the constitutionality of abortion restrictions imposed by the State of Texas. It is the first major abortion case before the Court in seven years. The key issue in the case is how to apply the precedent established by the Court in 1992 in Planned Parenthood v. Casey. In the landmark case, the Court held that states may not place undue burdens on the right to abortion, including “unnecessary health regulations that have the purpose or effect of presenting a substantial obstacle to a woman seeking an abortion.”

In applying Casey to the Texas law, the Fifth Circuit Court of Appeals held that the undue burden standard does not require courts to examine the extent to which an abortion restriction furthers a valid state interest, which conflicts with decisions of the two other federal courts of appeal.

The Court’s ruling, which is anticipated to be in June, will impact similar restrictions imposed by a handful of other states, and if the Texas law is upheld, it could also encourage states to explore more onerous requirements. No matter how the justices rule, the decision will likely establish how the Roberts Court will apply constitutional principles to future cases governing abortion rights.

The justices may issue a few other game changing decisions. The Court’s decision in Fisher v. University of Texas at Austin could mark the end affirmative action, while Harris v. Arizona Independent Redistricting Commission may put the final nail in the coffin for the Voting Rights Act. If they come to fruition, both rulings would be explosive in the arena of Constitutional Law.

In addition to rounding out their docket, the justices also heard oral arguments in ten cases last month, which addressed issues ranging from death penalty sentencing to class-action litigation. While the major cases will be considered later in the term, the Court did consider several noteworthy issues.

In the arena of criminal law, the justices considered three death penalty cases that will determine the procedures courts must follow to avoid running afoul of the Constitution. Kansas v. Gleason and Kansas v. Carr involve whether the Eight Amendment require that capital juries be “affirmatively instructed” that mitigating circumstances need not be proved beyond reasonable doubt when imposing a death sentence. The third case, Hurst v. Florida, will decide whether Florida’s capital sentencing is unconstitutional for limiting the role of the jury.

The Court also considered a case involving whether Miller v. Alabama, which prohibits mandatory life sentences without parole to juvenile offenders convicted of homicide, applies retroactively. However, oral arguments largely revolved around whether the justices are authorized to even decide the case.

The Court also heard oral arguments in several cases of interest to be business community. In Campbell-Ewald Company v. Gomez, the justices considered whether a lawsuit becomes moot, and therefore exceeds the judicial power of Article III, when the plaintiff receives an offer of complete relief on his claim. The Court will also determine whether it makes a difference if the plaintiff has asserted a class-action claim, but receives an offer of complete relief before any class is certified. In DIRECTV v. Imburgia, the Court addressed how to handle when states refuse to enforce the Court’s Federal Arbitration Act jurisprudence.

Finally, the Court also considered a key First Amendment case that could very well decide the fate of public unions. In Friedrichs v. California Teachers Association, the Supreme Court will determine its long-standing precedent in Abood v. Detroit Board of Education, 431 U.S. 209 (1977) should be overruled. In Abood, the Court held that the First Amendment does not prohibit governments from requiring non-union public employees to pay their “fair share” of dues for collective bargaining, contract administration, and grievance adjustment. The Court also agreed to consider the First Amendment implications of requiring public workers to “opt-out” of subsidizing a union’s political and ideological activities, rather than requiring those who are sympathetic to the union’s activities to “opt-in.” 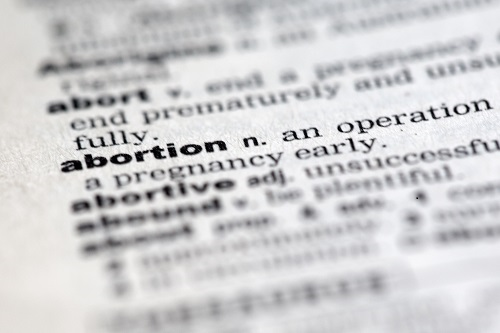