Each of Hollywood’s pumped up award ceremonies comes with its own, often undiscussed, set of rules regarding dress code. It’s no secret that the ceremonies honoring film and TV are a bit dressier, with the black tie mandatory Oscars standing as the red carpet to fawn over. The music-focused ceremonies are less uptight, far more playful and generally the most shocking of all award shows. After all, who could forget in 2001 when Justin Timberlake and Britney Spears showed up to the American Music Awards in a coordinating denim suit and dress moment.

While there were no getups made entirely out of jeans at last night’s AMA’s, there were still plenty of looks that erred on nearly nude or overtly sparkly. Here are the outfits we’re sure to be talking about, at least until the next award show comes around.

We already knew that Gigi Hadid had a totally toned and envy inducing body from the Victoria’s Secret fashion show (and after-party) and it looks like she has no plans to stop showing it off. Last night she slipped into a barely there Bao Tranchi crop top and skirt with a very of-the-moment lace-up front detail. Her freshly chopped locks were merely the icing on the cake of this killer look.

Also debuting a new ’do was Kendall Jenner, who nobly pulled off a topknot and bangs. The swept up look allowed the backless detail of her Oriett Domenech gown to command full attention. Although, it did have to compete for attention with the dress’ short hemline.

It seems that Nick Jonas took our tips for updated menswear to heart: not only did he don a turtleneck under his suit, he went with a light gray color scheme and finished off the whole look with a comfy pair of sneakers. The only thing missing from this Cary Grant-inspired outfit is a highball glass filled with clinking ice cubes and an inch of whiskey.

We don’t condone the size of the ruffles in this Yousel Al-Jasmi gown, but we must commend its memorable factor. As well as its creative flare, quite literally. Gwen Stefani could have gone with a basic black dress in the same mermaid shape, but that would have been boring. Rather, she chose a dress in a sheer tulle fabric paired with a ’90s style choker band and a whole lot of volume in her hair, ending up in a total evil villain vibe.

Nearly Everything that Jennifer Lopez Wore

Of the many unexplained mysteries in life, the fact that Jennifer Lopez still hasn’t aged since her Jenny on the Block era is really quite puzzling. As the host of last night’s event, she had plenty of opportunities to show off her stunning body, but she also used the stage to wear a lot of other interesting pieces. From a custom DSquared2 jumpsuit to a demure pink ombré tea length gown by Michael Cinco and even a yellow Michael Costello jumpsuit that looked like a dress, the superstar ran the gamut of glamorous looks. Not pictured here are a few sparkling pieces by Zuhair Murad and a nude Balmain number that left nothing to the imagination. 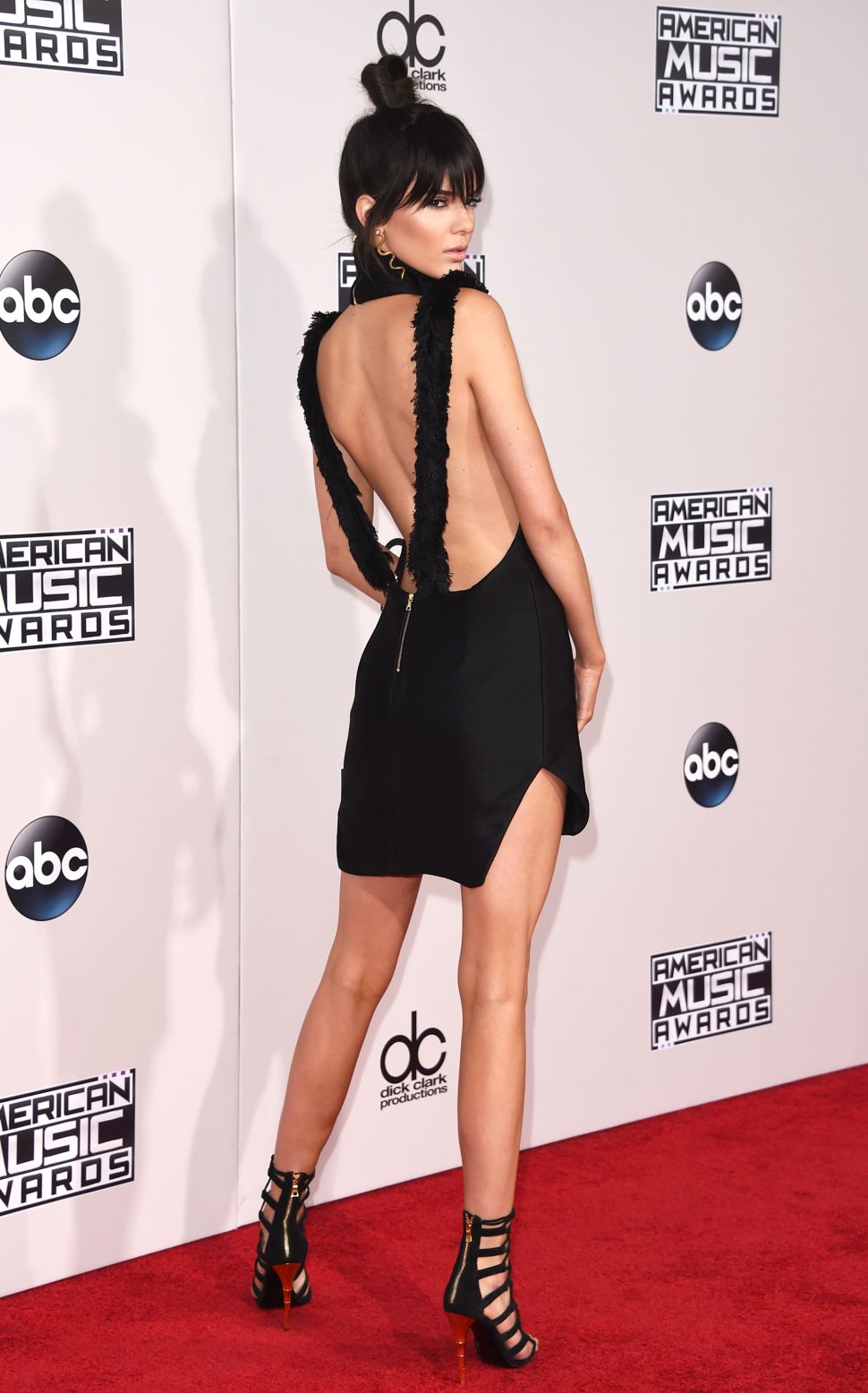