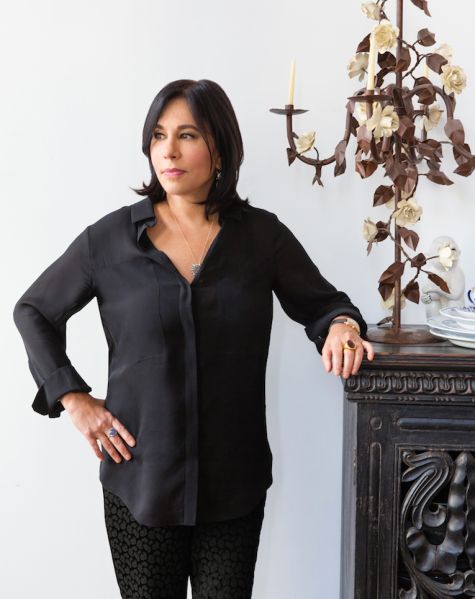 “There is always a point in every project when I wish I had never taken it on and I feel like I’ll never be able to resolve it,” Madeline Weinrib said as she walked through her atelier on lower Fifth Avenue. The space is a rich, global fantasy of sorts, where the designer’s ethnically inspired, richly hued textiles and fabrics hang from the walls, line the tables and upholster the furniture. They’re printed on lacquer trays and tables, emblazoned across pillows and accessories, woven into rugs. And yet somehow, amid all the mismatched collage of pattern and color, a vibrant clashing of cultures and regions, it’s incredibly chic.

Ms. Weinrib picked up a slipper she designed with Manolo Blahnik three years ago that bore her signature ikat. “It’s like, I don’t think I can do it, but I know I’ve been here a million times,” she continued. “And then the breakthrough happens and I remember why I do this. It makes me feel alive.” 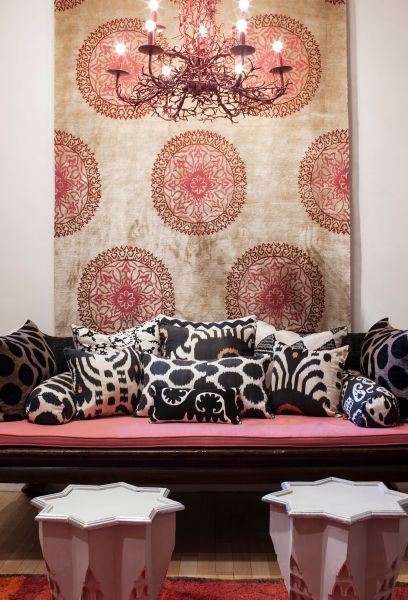 It would be easy to dismiss the designer’s inadequacies given that, since 1997, the name Madeline Weinrib has become synonymous with luxurious, globally sourced fabrics and rugs inspired by travels throughout Africa, Asia and Europe. A true textile artist, she has become the de facto provider of the “Gypset” lifestyle translated into the home, where her Moroccan, African and Nepalese fabrics, carpets and objects fuse classic tribal design with a distinctly modern approach. That she should feel any insecurity is almost laughable, but even after 17 years in business, Ms. Weinrib constantly seeks new design opportunities that shake her to the core again and again. After years of resistance, she recently launched a collection of outdoor fabrics. And with Barneys, she opened a holiday pop-up shop where she introduced an accessories collection of cosmetics totes and soft clutches, all with the colorful, wanderlust spirit that reflects her voice in the design world.

“I had to reinvent the wheel with some of the products we made for the pop-up and it was a hard thing to do,” she said. “It took me two years to figure out a cashmere throw. I had a vision, but I didn’t know how to get there. Then it clicked.”

Things tend to click for Ms. Weinrib, whether it’s a shoe she designed with Mr. Blahnik, porcelain tabletop she created with Viennese manufacturer Augarten Wien, or stationery she sketched with Connor. Collaboration is key for the designer, who enjoys working with masters of trade in various industries. “Working with people whom you know will do a great job is that most important part of collaboration,” Ms. Weinrib said. “You both have to bring something really strong to the table, that’s what creates the magic.”

After much hemming and hawing, she was finally persuaded to develop her first outdoor collection. Traditionally, outdoor fabric—with its water and stain resistant properties—can skew more “function” than “fashion,” which is why she avoided it for so long. But in true Madeline Weinrib form, the collection is nothing short of chic, featuring a wide swatch of her iconic tribal tones and patterns. “I’m always thinking of what I would like, and I don’t want a tacky house with tacky outdoor furnishings,” she said. “It can go so bad, so how do we make this better? That was this challenge.” 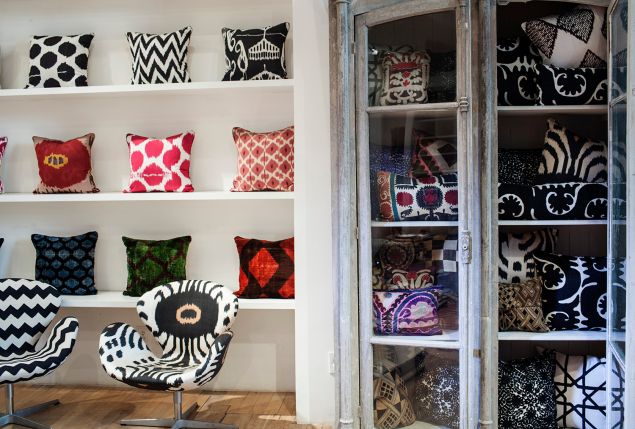 It was the same fabric for the outdoor collection that she used on her new cosmetic totes and clutches. But Ms. Weinrib hesitates to label herself a “lifestyle” designer and her foray into accessories doesn’t indicate multiple product extensions down the line. “If I do expand, I want to do it slowly,” she said. “I want to keep my line about what I love and what’s beautiful and special.”

Ms. Weinrib’s passion for art and design was in her blood. She was raised within the walls of ABC Carpet & Home, the New York institution her grandfather founded. Growing up in nearby New Rochelle, Ms. Weinrib didn’t intend to get involved in the family business; instead she wanted to be a painter. But after traveling the world, she grew inspired by textiles and sought to apply her paintings to rugs. Her gallery forced her to decide between the two mediums and she chose textiles. She began to showcase her work in a former storage room at ABC that she transformed into an atelier. “That’s when I noticed that what I was doing worked together,” she said. “It was like, wow, the pillows look great with the rug and suddenly I realized I put together a body of work that made sense on many levels. I created a visual vocabulary.” 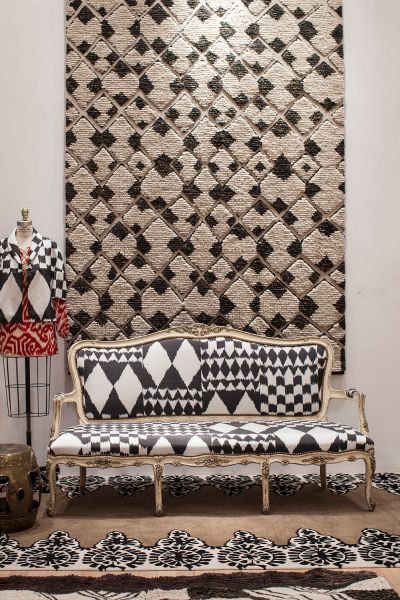 Next up on Ms. Weinrib’s agenda is more travel and more work. In December, she’ll be returning to Morocco, where she’ll be shopping the souk in Marrakesh to garner inspiration for future collections. She’s also working with a friend on bringing a native argan oil to the U.S. What other treasures are waiting to be discovered by Ms. Weinrib? We’ll just have to wait and see. “I realize I’m going to work for my New Year’s holiday,” she said. “But the truth is, I’d rather buy old carpets than sit on a beach.”

PLUS! Madeline Weinrib’s Tips for Creating a Chic Home

1. Buy pieces while traveling: “They don’t have to be expensive, but they will fill the home with happy memories and give it a personal look.”

3. Invest in quality pieces: “Knock-offs have no soul and they won’t bring anything into your home. I like a house with soul.”

4. Mix periods: “I don’t like everything from the home to be the same period. It gets dated. Mix antiques with contemporary or work in ethnic pieces. It makes a home fresh.”

5. Make room for contemporary: “I believe we should support designers and artists of our period and it’s exciting to have something new.” 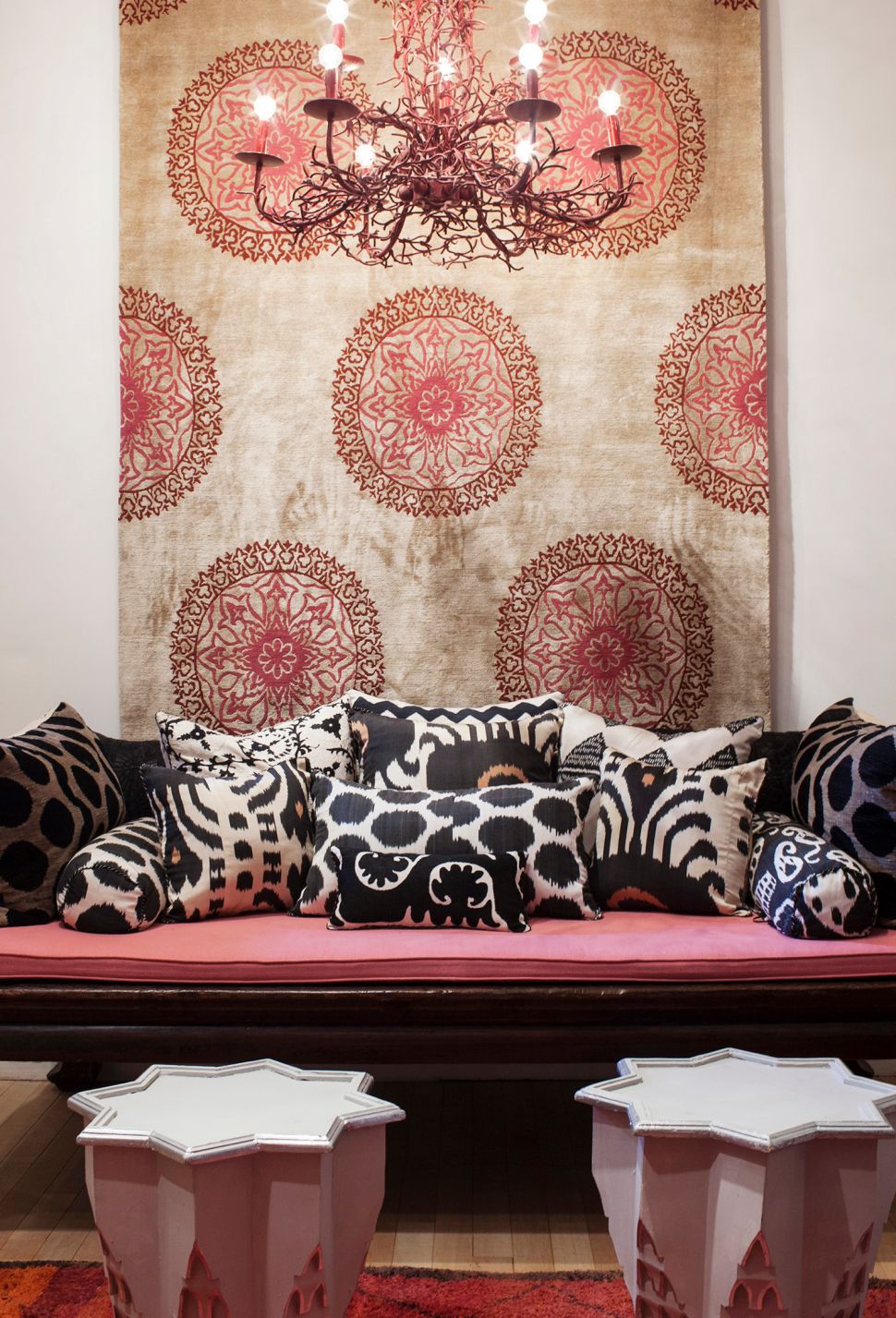