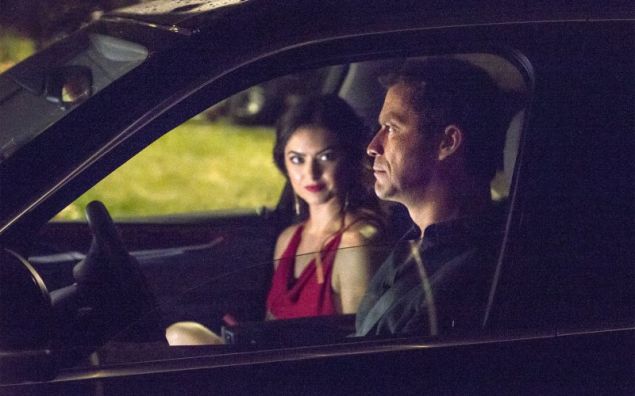 Yes. Yes, yes, yes. This right here is the jam I’d gladly drop $40 for. Last night’s The Affair had everything you could possibly want — Helen slaying the post-divorce life, Cole burning a house down at the behest of a ghost baby, Noah fucking up so, so bad. But the real news here is Episode 209 was, hopefully, The Affair looking itself in the mirror and realizing it’s not the sexy young thing that beat out Game of Thrones for that Best Drama Golden Globe. It stopped pretending to be a murder mystery (because, come on), it held back on the heavy symbolism, and it even did away with the differing viewpoints gimmick. We saw each of our four main players –Alison, Helen, Noah, and Cole — in the same episode, alone, dealing with their own problems. As the storm of the damn century tore up the greater New York area, we finally saw these people for who they really are and it was a lot more entertaining than being lied to.

So firstly…did I mention Noah fucked up? Oh, man. Oh maaaan. I could (and most likely will) spend my whole day recounting Noah Solloway’s Greatest Hits of Being an Idiot. Noah’s night at producer Rodney Callahan’s Hurricane Party made Helen’s pot-lozenge-fueled trip to the stylist look like a pleasant jaunt through the park. I mean, it started off well, with Callahan describing Noah as both “the voice of a generation” and Norman Mailer’s “literary son.” Which…hold on. We all know Norman Mailer tried to kill his wife that one time, right? I mean, stabbing someone with a letter opener isn’t the same as running them down with a car but, I see what you’re up to, The Affair.

Anyway, things quickly spiral out of control, first with a coked out Max bursting into the meeting to suggest Sasha Grey star in Descent. Ms. Grey, I might add, is the only person on Earth who has a Steven Soderbergh film and Ass Eater’s Unanimous 19 on her IMDB page, a feat I find more impressive than any number of Emmys, Oscars, and Tonys combined.

Much alcohol and drugs later, Noah is on the dance floor with his publicist (who I did learn is named Eden, as in “Garden of”), who invites Noah up to a guest room. She presumably ends this episode in that very same guest room alone and kind of confused, which is funny in its own right, because Noah decides instead to stumble around the party. In fact, the only time in nineteen episodes I’ve ever related to Noah Solloway was when he awkwardly danced to ‘When The Shit Goes Down’ by Cypress Hill then walked into a pool. Luckily, during my experiences, the adjoining hot tub wasn’t occupied by my teenage daughter.

Fueled by a mixture of cocaine, chlorine, Cypress Hill and the memory of drunkenly lurching toward his daughter in a millionaire’s hot tub, Noah heads out into the storm. I should probably mention at this point that the entire time Noah is Mailer-ing it, Alison is giving birth to their child. Womp—-fucking—–womp.

Alison actually spends 99% of this episode in the hospital, enduring a birth she wasn’t expecting that day without the father of the child (whoever THAT is dundundunnnn). Alison also went through the childbirth process without her usual doctor, who I’m pretty sure is officially listed as Doctor HotFace, because Dr. HF is stuck at Helen’s, helping Martin with his Crohn’s and still finding time to bone Helen in the basement. “Are you a nice guy that acts like a dick are a dick that acts like a nice guy?” Helen asks him, and he comes up with a reply so unnecessarily philosophical that it pretty much answers the question.

I actually would love if The Affair adopted the structure of 209 –a series of interconnected events happening throughout one day, week, or whatever–as its “thing” going forward. Because the separate viewpoints gimmick is deader than Scotty Lockhart at this point. I love how this episode was basically Seinfeld, but with way more adultery and crying.

The only character that didn’t quite meld into the narrative was Cole. But if you want a summary of what Cole was up to in this episode, watch this GIF:

“Oh man, Noah was about to jerk off to his daughter making out with some chick in the pool!” I yelled into our bedroom last night. “Honey, come and watch this!”

“God, I hate that fucking show,” came the reply. Well, fair enough, it’s not for everybody. I’m sure that there were a couple of Affair-aficionados (they exist!) that felt gypped by Episode 9, which did away with the traditional formula of differing viewpoints. And when the scene switched over from Helen and Doctor McHotty (not the same guy as Alison’s doctor, FYI: she didn’t ask for “Doctor Oooooooley”) to Alison, even I spent a hot second being like “Noooo, not my beautiful POV storytelling!” But come on, this episode was just the banana tits. 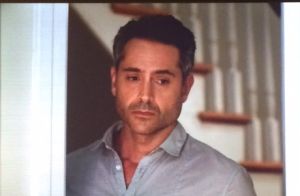 The doctor is IN!

First of all, way to go Helen, for picking only the second most damaged person in Brooklyn to have an (the??) affair with. See, he’s a doctor, but he doesn’t believe in heart-feelings. God, that dude is such a doctor. He reminded me of Aidan Gillen’s (Littlefinger from GOT) character in Calvary, which is a damn fine movie if you ever catch it. That guy was an aetheist surgeon too, who liked to horrify the local priest with stories from emergency room that proved God’s lack of existence. The last time we see him in the movie, he’s stamping out a cigarette on an open heart in a surgical pan. That’s kind of what Dr. Ooolong did here, except with Helen’s cervix being the heart, and the cigarette being his…well, you see where I’m going with this. Hopefully next season we’ll expand the story to include Dr. Ooogly-Boogly’s hospital rounds and Max’s epic coke fests. And in case you were wondering (and I know you were), how I felt about Helen and Doctor Vowel’s sex scenes, it’s just this picture:

Noah is such a ridiculous character at this point that I actually feel bad for him. Sure, he’s like the shittiest dad in the entire world, but he’s not, in fact, a bad guy. He’s just a fuck-up who keeps having even more fucked-up things happen to him. Watching Noah Solloway blunder around with Eden and then swim in the world’s grodiest indoor pool only to accidentally leer at his daughter’s sapphic attempts (seriously, someone needs to put the reigns on Whitney…she’ll never make it as a model if she keeps acting like this!) before racing off into a hurricane, finding out that his missing cell phone that he left in the car (first of all, that would never happen: nobody leaves their cell phone in a car if they can hear it buzz; secondly, doesn’t Alison have Eden’s number?) boasts a billion messages about his girlfriends going into labor five weeks early, and then trying to off-road it before getting stuck in the mud was the ultimate schadenfreude. Like, you can totally see how, from Noah’s perspective, he’s just kind of a lunkhead who keeps getting lured into bad situation after bad situation. It’s not like he’s trying to hurt anyone, dammit! He’s just a stupid man led by his stupid cock. Kind of like Norman Mailer! Noah’s feelings can be summarized by the following GIFS:

But of course, no one else will see it that way, certainly not Alison, who almost manages to kill her baby by trying to hold off on giving birth to her. (Is that a thing?) If you missed that part, Alison’s feelings can be summarized as basically:

Certainly not Whitney, who is now traumatized enough to model for Terry Richardson. Not Helen, who has had to raise their four kids with her shaky hands all by herself, with only her family money and successful fuck buddies for support. And not Cole, who would rather burn down Alison’s only inheritance than admit that maybe he’s not cut out for fatherhood. And not Cole’s ambiguously accented girlfriend, who is like “Sorry my broken ovaries don’t fit into your ten year plan.” Actually, this is a pretty accurate representation of how I feel about Cole’s girlfriend.

Next week on The Affair: we’ll probably be back to our regularly scheduled programming of dual perspectives after our brief and tasty respite. I’m hoping we open on Helen’s mother, who’ll come back with her signature attitude about her daughter’s lifestyle: 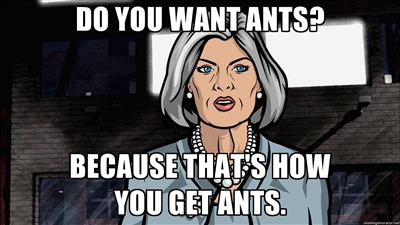 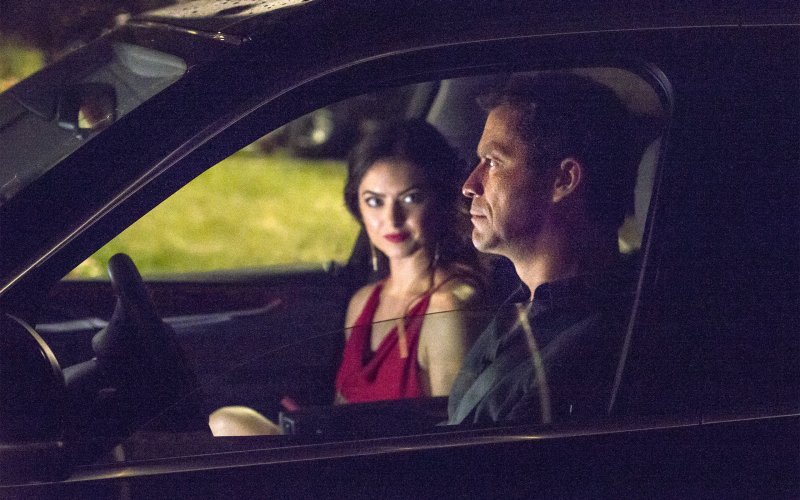