ATLANTIC CITY – Despite wall-to-wall parties, “crumbling” might have been the most apt word to describe the overall mood. The state’s infrastructure is crumbling. To hear Jeff Brindle over at the state Election Law Enforcement Commission (ELEC), party organizations are crumbling. And of course, Atlantic City casinos are crumbling.

Getting into the Tropicana hardly feels like a peak experience.

The parking garage suggests that massive abandoned government building demolished by Ernest Stavro Blofeld at the end of Spectre.

But somehow for these New Jersey Democrats, attendant lobbyists and insiders,Cuba Libre makes the obstacle course

The name Jones speaks for itself. The chairman didn’t have to say much while the 2017 candidates orbited around him for exactly the duration of this year’s League of Municipalities conference. As the chair of the local East Orange Democratic Party, he helped get Taylor elected mayor.

The coach who turned future Giants star Victor Cruz into a wide receiver, Wimberly is a political force in Paterson.

To those not intimately acquainted with his political story, he possibly brings to mind merely a recent political fracas with Jersey City Mayor Steven Fulop.

But there’s a story there; the story of a longtime operative with friends and connections.

Brought up as a political organizer in Union County, Balmir had a lot of allies in the room, or at least several well placed ones anyway, who didn’t mind recounting stories of young Gerry campaigning in the cold of New Hampshire for Howard Dean when he worked for then-Governor Jim McGreevey.

Although in the aftermath of his fight with Fulop he appears doomed as a candidate for reelection to the Hudson County Freeholder Board, his ties beyond Hudson appeared on display tonight as he and his wife transition from Fulop world to Senate President Steve Sweeney (D-3) world in the developing gubernatorial contest.

They pulled this party off again after it succeeded last year, but will the alliance hold up through next year’s League as Sweeney, Fulop and former U.S. Ambassador to Germany Phil Murphy intensity their rivalry and attempt to peel people into their own encampments? 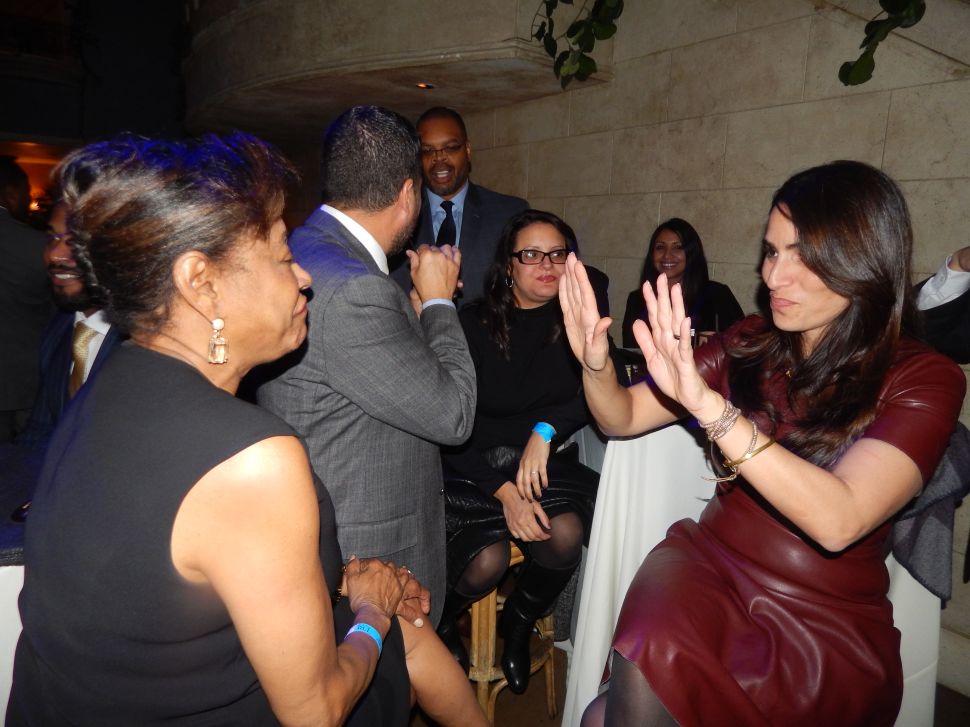