It’s hard to imagine a time when our days weren’t spent staring into a screen, our faces illuminated by our devices. Smartphones weren’t always an extension of our arms, and a status update or a marriage proposal was shared the old-fashioned way: in person and without a 140-character limit. It’s now rare to see a photo that hasn’t been fixed, filtered and crafted to acquire likes on the platforms we worship. We’re addicted to the refresh button and we share our personal lives in a very public way.

Let me make something clear: I’m a big fan of social media. I grew up passing notes in class and running home at the end of the day to check voicemails on our landline. Then came the days of dial-up internet, personal computers and eventually, the all-holy cellphone. Sure, these advances were exciting, but when social media madness became “a thing” years later, I was lucky enough to have an established understanding of my own self worth. Volunteering in my hometown in Idaho, breaking physical boundaries I thought impossible as a decidedly un-athletic girl, and placing first in singing and cello competitions—these were the real #wins I knew.

The Internet is much less threatening than meeting face-to-face.

Two years ago, I started my blog because I wanted to connect with others. I wanted a way to communicate with like-minded individuals—to share trials and triumphs, and to know that I wasn’t alone in my struggles. I was happy with life, but in keeping a blog I learned to reveal new parts of myself. The Internet is much less threatening than meeting face-to-face. It was a godsend for an introvert like me.

What would I post? I knew what people liked (a perfect pink smoothie bowl, a midriff-baring post-workout #sweatlife), but it felt formulaic and boring—a modern day “Keeping Up With the Joneses.” My real life was genuine, my relationships were strong, but my addiction to our Kardashian culture tugged, nagged and shadowed me.

Things changed earlier this year when I read an article that shed light on internet authenticity in a powerful way. Belle Gibson, a popular Australian health blogger, was outed for dishonesty. Ms. Gibson rose to fame with her best-selling app, The Whole Pantry, followed by a cookbook of the same name. She collected a massive following with her heartfelt story of being a young brain cancer survivor who healed herself through a plant-based diet. Tech giant Apple even flew her to the product launch of the first iWatch demo, as her app was one of a handful featured on it.

We’re plugged in and disconnected.

As it turns out, her story was a lie: her cancer, her age, the donations she claimed to have made to more than five charities. “Healing Belle” was a master manipulator. If this young woman could build an entire career on a fake existence, what was stopping anyone else from doing the same? Disheartened, I self-prescribed a digital detox to step back from all the noise. I left social media until I could remember why I started in the first place.

A week spent without Instagram and Facebook swiftly reminded me of the beauty of private life—moments shared with those in front of me and friend requests made in person. Recognizing that I could go out to brunch, have a killer workout, go dancing on Saturday night, and that it didn’t need to be broadcast online was liberating. When I returned to posting, I was renewed and refreshed by my smartphone sabbatical.

This week, another Insta-famous female made headlines. Essena O’Neill, an 18-year-old beauty with a staggering 600,000 followers on Instagram, declared her intention to delete all of her social media accounts, calling it “perfectly orchestrated self-absorbed judgment.” The news went viral almost immediately, and while the majority of readers applauded her transparency, it was only a matter of time before backlash ensued. Now former friends and associates are claiming it is a “hoax” and a ploy to gain even more of a following. Regardless of how it plays out, we live in an age of perpetual promotion and validation in the form of “views.” We’re plugged in and disconnected.

At some point we have to take a step back and ask ourselves not what we have to say, but why. There is no doubt our worlds are enriched by connectivity, but we must be careful that it does not consume us or cause us to create a life that exists only in photos. There’s a big difference between #goals and goals. 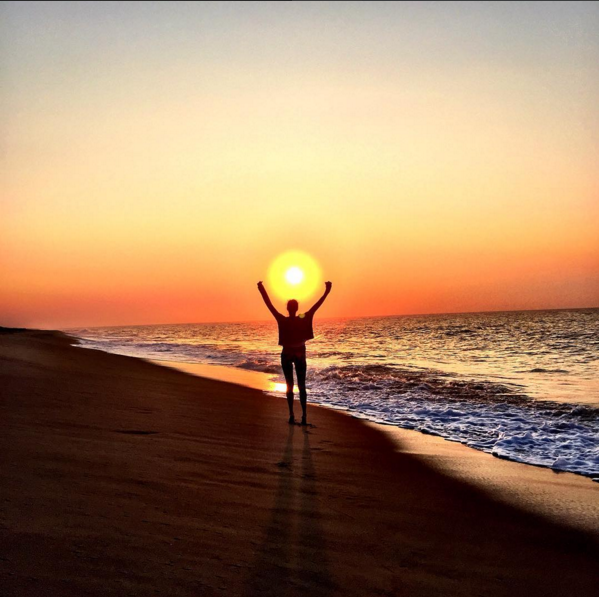