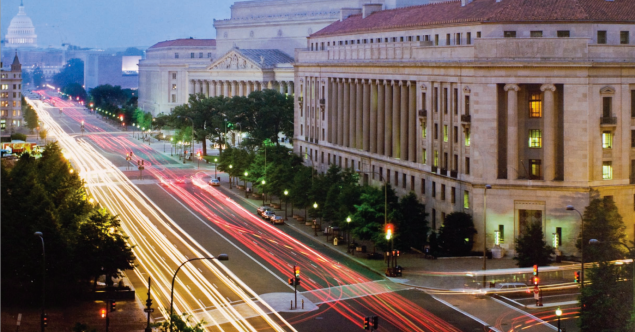 Brilliant legal scholar, Ninth Circuit Judge Alex Kozinski, published a Preface this spring in the Georgetown Law Journal that has provided advocates of criminal justice reform additional and powerful ammunition. As with many of his legal opinions, Judge Kozinski’s Preface itself became the subject of articles in multiple newspapers across the country, including The Wall Street Journal. Indeed, his article is so frank, open, and bold in revealing major flaws in our criminal justice system—daring to include prosecutorial misconduct—that the Department of Justice has struck back and published a response.

This Department response is shocking for multiple reasons—not the least of which is its arrogance. The Department of Justice is not supposed to be a special interest group that publicly responds to criticism. Ideally, the Department should be on the side of doing things the right way—even when self-scrutiny is required. 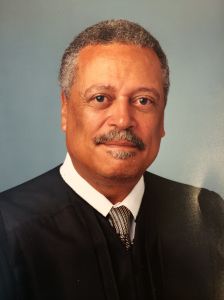 At a minimum, the Department should be neutral in that it’s only legitimate interest in any prosecution is to see that justice is done—not to obtain convictions.

One would think that would include substantively addressing the problems we all know exist—rather than denying them. To write directly to respond to a law review article by a federal judge is unseemly at best—if not tacky, defensive, and outright inappropriate. Welcome to the devolved state of “Justice.”

What really seems to get the goat of the Department is not the shoddy forensics, inherently untrustworthy eye witness testimony, junk science, or questionable confessions that Kozinski decries. What really galls the Department is Mr. Kozinski’s assertion (repeated from his decision in Olsen and his Foreword to my book Licensed to Lie) that prosecutorial misconduct infects many convictions.

Most wrongful convictions are the result of prosecutorial misconduct across the country in state and federal courts.

How dare Judge Kozinski suggest that there “is an epidemic of Brady violations abroad in the land?” How dare he suggest that prosecutors play games and don’t give the defendants evidence to which they are legally, ethically and constitutionally entitled?!

One can just see the prosecutors bristling in unbridled indignation as they wrote: “Judge Kozinski goes too far in casting aspersions on the men and women responsible for the administration of justice in this country. His preface seems to question not only the integrity of our agents and prosecutors, but also the government’s capacity to self-correct in the (very small) minority of cases when someone falls short.”

Oh no, these two prosecutors claim on behalf of the Department. We’ve cleaned it all up. Eric Holder dismissed the indictment against Senator Ted Stevens following the corrupted prosecution that cost Alaskans their high-ranking Senator and changed the balance of power in the Senate. Now the Department trains everyone in their disclosure obligations, and it’s in the manual. That settles it. The Department of Justice is completely trustworthy now.

Not so fast. Me thinks that the now ironically named Department of Justice “doth protest too much.” Even a cursory review of the facts and history of the Department in recent years belies the assertions in the prosecutors’ letter.

Hardly a week goes by that the Innocence Project doesn’t obtain the release of someone who has spent decades in jail for a crime he did not commit. Most wrongful convictions are the result of prosecutorial misconduct that still occurs on a daily basis across the country in state and federal courts.

And almost as frequently there’s a piece in The Wall Street Journal or other major paper on some form of prosecutorial misconduct at the federal level. This week’s piece is by a person made scapegoat by the Department in the BP oil spill disaster. He was lucky in that his defense team discovered that prosecutors had hidden evidence of his innocence. Still,he was dragged through a trial.

Hmmm… That sounds familiar. Oh yes, read Licensed to Lie: Exposing Corruption in the Department of Justice—the true inside story of the Ted Stevens and Merrill Lynch executives’ prosecutions, among others, in which federal prosecutors hid evidence of the defendants’ innocence. Some prosecutors even yellow highlighted the evidence that destroyed their case and hid it for six years—while the defendants went to prison and those prosecutors became White House Counsel, General Counsel/Deputy Director of the FBI—now head of the DOJ Corporate Fraud Section, and Acting Assistant Attorney General who micro-managed the Stevens prosecution. Most people would call that self-promotion—not self-correction.

On top of that, Eric Holder didn’t dismiss the Stevens indictment out of the goodness of his heart. He dismissed it because federal Judge Emmet G. Sullivan was going to do it for him—and that would look bad. By dismissing it himself, Holder seized a political advantage. He convinced everyone he would “clean up the Department.”

We have become a government that governs through criminalization and prosecution of targets the administration chooses.

And while Mr. Holder instituted more training and changed some verbiage in the non-binding U.S. Attorneys’ Manual, nothing really changed. One need only look at the government’s second verse—same as the first. On the same facts as Mr. Stevens, regarding the same witnesses and issues, the Department opposed new trials for Alaska defendants Kott and Kohring. Prosecutors demanded affirmation of their wrongful convictions—claiming that it didn’t matter that the same prosecutors hid the same evidence and lied to the court and jury that convicted those men.

So much for “self-correction.” Has Eric Holder or Loretta Lynch fired any prosecutor who committed intentional ethical or legal violations? No. Three of the Mr. Stevens’ prosecutors still work in the Department; others went on to more lucrative positions in the private sector. The paltry 14 and 30-day suspensions assessed as “punishment” against two prosecutors (but never enforced) were reversed for the Department’s failure to follow its own rules—not exactly the epitome of self-correction.

The Ninth Circuit, fortunately, didn’t buy it the Department’s arguments in Kott and Kohring. The court reversed the convictions. Judge Betty Fletcher was livid. She would have gone further and dismissed the indictments of those two men as was done in Stevens. She saw through the Department’s “unrepentant attitude” and flimsy window-dressing, writing: “The prosecution’s refusal to accept responsibility for its misconduct is deeply troubling and indicates that a stronger remedy is necessary to impress upon it the reprehensible nature of its actions.”

The Department of Justice has been considered beyond reproach for far too long. It stretches laws beyond Congressional intent and routinely circumvents Congress by bringing outrageous and unprecedented prosecutions because the Department can make new law through overly creative prosecutions much faster than it can through Congress. Former Friedman’s Jewelers CEO Bradley Stinn has been in prison six years with six more to serve on the Department’s “theory” that drawing his salary was a federal crime of mail fraud. And remember the man who threw the fish overboard and had to litigate for years, all the way to the Supreme Court to avoid prison under the Sarbanes Oxley destruction of evidence provision—enacted to prevent document shredding or destruction?

We have become a government that governs through criminalization and prosecution of targets the administration chooses. Prosecutors have become judge, jury and executioner so effectively that, as Judge Rakoff wrote, even the innocent plead guilty because it’s too much to fight. Leslie Caldwell and Andrew Weissmann, “terrors” of prosecutors, weren’t brought back to head the criminal division of the Department to clean it up. Ms. Caldwell and Mr. Weissmann were brought back to DOJ to target businesses and prosecute individuals–especially on Wall Street. We warned of this a year ago, and it’s now formalized in the Yates memo.

The Department has no meaningful oversight. Its Inspector General is the weakest in the system, and he has complained repeatedly that the Obama DOJ has stymied him. Committees allow the Department to testify first and give it far too much deference.

Even the Senate Judiciary Committee, which is to provide oversight, has DOJ staff on the committee. That made it easy for the Department to kill the widely-supported, bipartisan Fairness in Disclosure of Evidence Act because the Department wants to continue to withhold evidence that favors the defense whenever it chooses to do so—with no accountability to anyone.

The fox is guarding the hen-house and running roughshod over businesses and individuals alike. Companies and lives are ruined with the stroke of a pen on a federal indictment. We need far more judges like Alex Kozinski, Betty Fletcher, and Emmet G. Sullivan who have the courage to call it as they see it and know that absolute power corrupts absolutely.

We also need a Congress that stops abdicating its law-making role to the executive branch and its multifarious agencies. Congress must step up and re-take control of its law-making duties, end over-criminalization, abolish absolute immunity for prosecutors and enact meaningful criminal justice reform that includes a baseline for criminal intent, ends the ability of agencies to create crimes, and requires the Department to produce evidence favorable to the defense without regard to its materiality. Until then, Congress is part of the window-dressing that’s all for show.

Department of Justice prosecutors have neither a right nor a basis for their “dissent” from Judge Kozinski’s candid evaluation. 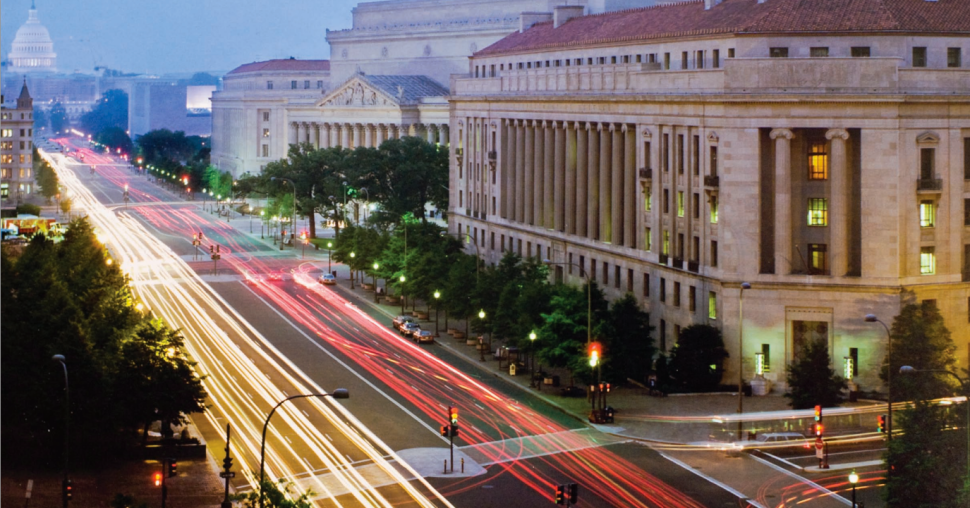