Bacterial resistance to antibiotics isn’t a new phenomenon—or a concern of scientists globally—but a new report in the Lancet Infectious Diseases Journal signals an end of the antibiotic era, and modern medicine as we know it may come much sooner than anyone anticipated.

The report details how the antibiotic Colistin, often used as a last resort, has been deemed ineffective to fight certain bacteria found in humans and animals. Resistance showed in a fifth of animals tested, 15 percent of raw meat samples tested, and was found in 16 human patients by the researchers. The resistance has spread through a range of different bacterial species, and an author of the study told the BBC, “All the key players are now in place to make the post-antibiotic world a reality.”

If the resistance of these bacteria spreads around the world, which is almost inevitable, the implications could reverse decades of medical progress.

Cancer treatments such as chemotherapy and radiotherapy, which depend on antibiotics to fight off infections, would be too dangerous to use.

Two million Americans are infected with bacteria resistant to antibiotics, resulting in 23,000 deaths annually. Those numbers are projected to increase to 317,000 by 2050.

Antibiotic resistance has already been a major concern in the medicine, but these new findings amplify the gravity of a potential public health crisis. According to the Center for Disease Control, two million Americans are infected with bacteria resistant to antibiotics, resulting in 23,000 deaths annually. By 2050, those numbers are projected to increase to 317,000 deaths in North America, and nearly ten million annually worldwide.

Doctors attribute the fast evolution of antibiotic-resistant bacteria to farmers overusing antibiotics for their livestock. In the U.S., the Food and Drug Administration have a plan to phase out certain antibiotic use in food production, but it remains voluntary for the industry. The plan only targets antibiotics humans use as well, which would contribute to overall antibiotic resistance.

Antibiotics are intended to kill all bacteria targeted, but the bacteria which survive develop a resistance to the medicine and are able to pass the trait on through reproduction. Because most bacteria reproduces quickly, the evolution happens fast. This is leading to what are being deemed “superbugs,” or infectious diseases completely resistant to antibiotic medicines which will leave people who contract treatable infections such as E.coli, MRSA, or gonorrhea unresponsive to treatments.

There are also severe economic implications associated with a pandemic of antibiotic resistant bacteria. Currently, the annual cost to the US healthcare system due to antibiotic-resistant infections in is estimated between $21 billion and $34 billion. Those estimates increase in conjunction with food shortages due to untreatable livestock infections, and restrictions on migration to where outbreaks occur.

A misinformed public is contributing to the crisis. A recent study conducted by the Wellcome Trust in London found most people believe humans develop resistance, not the bacteria. The study also found many insist on taking antibiotics when not needed, and stop taking them before their dosage is complete. If you take an antibiotics when not needed, it won’t help you get better, but it will contribute to any bacteria in your system developing a resistance to that antibiotic. The more often antibiotics are used, the less useful they become, and once a bacteria develops a resistance it can take decades for the antibiotic to become useful again.

Resistance wouldn’t be a problem if new drugs could keep up with the demand, but creating antibiotics is becoming increasingly difficult. There hasn’t been a new class of antibiotics discovered since the 1980s, and there isn’t much incentive for pharmaceutical companies to develop new strains, as drug taken habitually are much more profitable than an antibiotic taken once for a few days.

Some solutions being rendered by medical experts are improving diagnostic tests, so antibiotics are prescribed more sparingly and improving farming practices. There are also promising research avenues. Although antibiotics are expensive to make, only one percent of chemicals from the bacteria in the world have been examined to make them. Phage therapy could also yield some solutions. The therapy uses viruses, bacteriophages, to target and kill bacteria, has shown promise in Russian labs, but has yet to pass safety rules in the west. 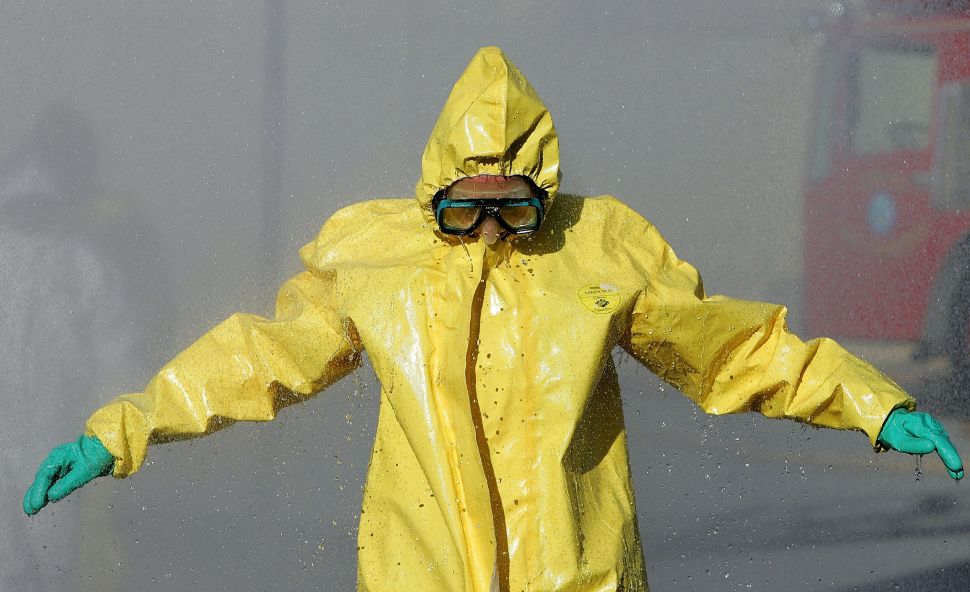