Towards the end of this weeks episode, I had what I briefly thought was an interesting idea about what all the great HBO series have in common—they’re all about how real, meaningful change is almost always an illusion or very nearly impossible and doomed to end in failure if not catastrophe.

Think of all the false epiphanies strewn across The Sopranos and Girls, how many times Tony Soprano and Hannah Horvath have gotten to the root of their misery and set out to live healthier, happier lives only to backslide for whatever reason and end up just as bad if not worse than ever before. On Deadwood, Seth Bullock heads into the territories determined to become a businessman and ends up continuing as a lawman, on Sex in the City Carrie dates half of New York for six seasons and marries the guy she met in the pilot episode.  Curb Your Enthusiasm is all about Larry’s inability—or disinterest—in changing anything about himself, ever, for anyone, and how much trouble that causes, and almost every episode of Eastbound and Down features a great monologue from Kenny Powers about the future and how great it’s going to be and ends with some epic humiliation.

The Wire is about being locked into systems that make change impossible, as is Veep, kind of. The first season of True Detective ends with McConaughey telling Harrelson they’re going to be happy people from now on, and thankfully cuts to credits before we see that fall apart around them.

I say I briefly thought this was an interesting idea because it quickly occurred to me that basically all narrative is about change. That’s almost the definition of a story, things are going one way and then something changes.

Maybe the difference between the stuff on HBO and most other American television shows, though, is that for most shows change kind of has to be illusory because if things change too much you don’t end up with 100 episodes and a syndication deal that makes everyone rich, and on HBO change is an illusion because of ego and trauma and tragedy.

Or, it is on The Leftovers, anyway.

There’s a few interesting things in this latest episode—we get some new insight into the Murphy family, especially Erica, we get some new insight into Nora Durst, we get some answers to a few of the weirder elements of life in Miracle. We get Joel Murray as the delightfully named George Brevity, and what has to be the most awkward first date in history as Michael Murphy escorts Jill Garvey to a function raising money to fund the continued search for his missing sister, too, but this episode is all about Erika and Nora, both mothers of vanished children who could probably be a great comfort to one another it wasn’t for their insistence that they’re doing just fine.

So let’s just skim the rest and get to that part, the last fifteen minutes of so of the episode. Some kooky researchers investigating whether certain people are ‘lenses’ that somehow cause other people to depart are interested in Nora, an idea given some credence by George Brevity of the Department of Sudden Departure, in town investigating whatever happened to Evie Murphy. Nora won’t admit her anger at the Murphy’s for failing to help her brother, despite the fact that she smashes one of their windows with a rock first thing in the morning. Kevin is getting more and more unhinged. John Murphy is still going around beating the hell out of anyone that tries to cash in on Miracle’s supposedly miraculous powers, even as Erica keeps burying birds in shoeboxes out in the woods to see if they can survive for three days with no food, , sunlight, etc. Laurie Garvey checks in, looking for Tommy, who has apparently run off. We catch up with Matt in the camp outside town, no longer locked in a stockade and seemingly happier than he has been in a while. The woman in the wedding dress we saw in episode one wears the dress all day because that’s what she was wearing the day of the Sudden Departure, and everyone tolerates—even encourages—the guy who slaughters goats (Jerry) because he was doing this prior to the departure as well and they attribute these acts of sacrifice as being perhaps linked to the fact that everyone in Miracle was spared.

Oh, and those kooky researchers—who do get Nora pretty worked up—reveal that their theory is she’s been chosen by the demon Azrael as an earthbound instrument, which Nora writes off as ridiculous, even though it’s hard to tell if she’s laughing or crying when she does so.

The woman in the wedding dress and Jerry the goat man are explained in a raging monologue delivered by Erica at a fundraiser for what’s being called ‘The Miracle 3,’ set off when the goat guy comes in and the townspeople insist he’s allowed to spread his plastic tarp and kill his goat, as ‘he’s only trying to help.’ Post-monologue, Erica heads home, followed by Nora (along with a pilfered copy of the DSD questionnaire that George Brevity has been anxiously trying to get Erica to fill out) and the two of them go over it together in a scene that in any other show would be about these two bonding.

But this isn’t that show. It almost is, for a minute, as Erica delivers a killer speech about how she wants to leave her husband, explaining that the first, thriving bird we saw her unbury in episode one was, in her opinion, a miracle and harbinger of her daughter’s disappearance both. She opens up about how much pain she’s in and how much she blames herself, and Nora, who until like two scenes before this seemed very fearful that she was in fact emitting some kind of radiation causing the people around her to vanish into thin air, comes back ice cold and hostile, pointing out the holes in Erica’s logic and explaining how she’s evolved past the idea any one person’s actions could be responsible for the departure, how the world is cruel and that the only solace is in knowing that you aren’t taking part in cruelty.

Which is all incredibly cruel to say, in the moment.

Nora insistence that she’s changed puts her in good company with Tony Soprano and Hannah Horvath, all characters who mistake conviction with progress. All these characters think they can get better by insisting they feel better. They’re all also to varying degrees driven by anger at their circumstances and fear of the unknown.

For anyone living in the world of The Leftovers, anger at circumstance and certainly a fear of the unknown makes a lot of sense. Much of the show is about people coming up with rituals to combat or contain this fear. Last week we saw Matt Jamison repeat the same routine every day in hopes he might somehow relive the last day he enjoyed, this week we find out the people of Miracle let Jerry slaughter goats in public because it might be fending off cosmic horror.

There’s a point floating around throughout all this, I think, about how these rituals are fine as long as they do no harm, something Matt sort of mentions and that Nora cites, too, although ultimately Nora’s tragedy is that she wants to pretend everything is fine and normal and can’t handle anyone who acts differently. 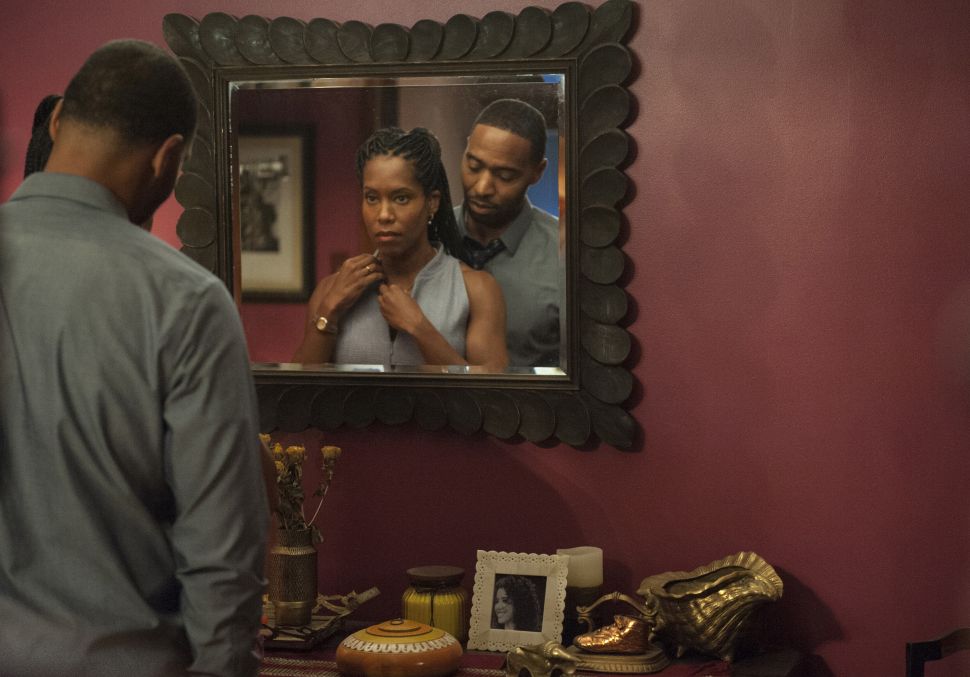