I could probably spend the next ten years decoding this latest installment of The Leftovers, drawing connections and questioning symbols and reading into every mention of or birds or family, but maybe all that really needs to be said is that from week to week The Leftovers is a beautifully written, acted, and produced meditation on loss, anxiety, love, depression and more where a man’s passion for having women shit on his chest segued from non sequitur into a kind of important plot point over the span of the last four episodes.

Well, maybe there’s more to talk about than that. In brief this week Kevin wakes up in a bathtub in weird hotel, discovers that he’s on a mission to assassinate presidential nominee Patti Levin, fights some people, gets window cleaner sprayed in his eyes, is repeatedly offered to drink after being warned not to, gets some advice from his father via a mixture of hallucinogens and aboriginal magic, discovers that Patti has turned into a little girl after meeting and murdering her ex-husband (he of the shitty chest) and pushes that little girl into a well. At her behest.

And then Kevin wakes up in the real world, much to the surprise of Michael Murphy, who seems like a sweet kid but apparently decided to bury Kevin in the woods instead of calling 911 after finding him half-dead in his grandfather’s shack last week.

The big question this week is the same as every week—what the hell is going on here? Either we’re watching Kevin maneuver a dream, in which case we’re in territory trod previously by The Sopranos and Mad Men amongst other fine programs, and everything we’re seeing is supposed to reveal something about the character and his mindset, or Creepy Grandpa-turned-concierge is right and Kevin is actually doing battle with spirits in some mystical limbo.

It’s hard to say. There are moments where things Kevin couldn’t possibly know about are referenced, like the cavewoman cold opening that kicked off the season, which I don’t think the show ever presented as anything other than a real flashback to an actual historical event. There are some bits that offer insight into the Guilty Remnant and their methodology as well–Kevin explaining that he doesn’t smoke because he’s addicted but because it’s a reminder that the world ended harkens back to Laurie Garvey failing to offer a rationale for the GR’s smoking a few weeks ago. At the end of the episode, at the bottom of the well, Patti talks about how she first felt the power of remaining silent backstage prior to an appearance on Jeopardy.

Maybe Kevin isn’t in a dream or the spirit world, maybe there’s another option. After waking up in the hotel room, Kevin finds a closet with a plaque reading ‘Know first who you are and then adorn yourself accordingly’ on the door and his choice of police uniform, vestment, or a suit inside. He chooses the suit and finds out that because of this choice he’s now stuck in the role of an international assassin, and that he’ll have to deal with his adversary, Patti, by shooting her in the head.

Ultimately, the episode is about Kevin unburdening himself of either Patti’s ghost or her memory, and I wonder how his adventures would have been different if he’d chosen another outfit. If he’d gone for the vestment, would he have been called upon to preform an exorcism? If he’d gone with the police uniform would he have found himself escorting Patti to prison?

This episode is also packed with supposed spiritual guides, all of whom come off poorly.  Holy Wayne—the faith healer from season one—pops up as Patti’s trigger-happy bodyguard, Kevin’s father appears, Patti appears, Creepy Grandpa tells Kevin not to drink the and then drinks some himself, rendering him useless…only Kevin’s father gives him good advice, telling him to bring Patti to the well, but even that isn’t the whole story.

Maybe instead of this being a dream or whatever, maybe what we’re seeing is a sixty minute authorial intrusion about the value of those who claim to have answers and know what’s best for everyone else. Maybe the fine folks behind the show have something to say about fighting off demons, metaphorical or otherwise.

You start off with a methodology imposed by some narrative constructed about yourself (cop, priest, assassin, whatever) and work that until it fails, then you try to bury your demon down deep in the dark, but that doesn’t work either. Kevin pushes Patti into the well but then has to follow her, he has to hear her story, he has to feel bad for her and understand her and cry for her and he has to do all of this alone. 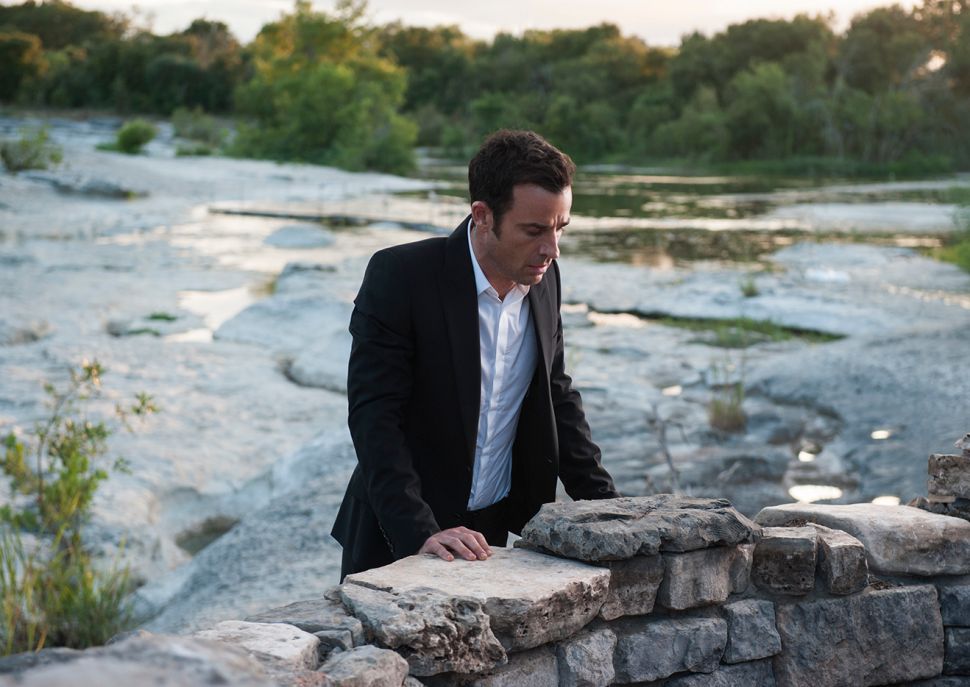