Not long ago, a smattering of headlines trumpeted a new study showing that “breakups hurt more for women.” Researchers from SUNY-Binghamton and University College London had found that, in an online survey on “post-relationship grief,” women reported more intense distress. Blame evolution, the articles said: women suffer more because, due to reproductive biology, they have a greater investment in relationships and have more to lose.

Buried under the headlines was the fact that the differences were minor. On average, women rated their post-breakup emotional pain at 6.84 on a scale of 0 (none) to 10 (“unbearable”) and men at 6.58; for physical pain, it was 4.21 for women and 3.75 for men. These small gaps were further reduced by individual variation: the effect of gender was so small that if you randomly picked a man and a woman from the sample and guessed that she reported greater distress after a breakup, you’d be wrong some 45 percent of the time.

Welcome to the perpetually frustrating conversation about sex differences. At one end, many feminists reject any suggestion that the uneven distribution of women and men in child care, science or business might be related to biology; some even claim the male advantage in physical strength is part of “socially constructed gender distinctions.” At the other, the media often hype minor sex differences into a Mars-Venus divide—while critics of feminism often insist that traditional norms of masculine and feminine are rooted in nature and eschewed at our peril. One side sees red at the sight of a girls’ pink bike helmet; the other sees doom in unisex toy departments at Target.

Are there innate mental differences between men and women? It would be strange if there were none, if only because physical differences—in reproductive systems as well as size and strength—are bound to have psychological effects. Beyond that, many theorize that women and men differ drastically in skills, attitudes, and emotions because of our evolutionary past in which males were the hunters and fighters and females the gatherers and nurturers.

Evolutionary psychology and feminism frequently clash, with dueling charges of sexism and science denialism. Yet what evolutionary science tells us about sex differences is complex, speculative, and subject to interpretation. For one, while species evolution is shaped by the fact that those more successful at reproducing are more likely to pass on their genes, those genes are inherited by both sexes from both parents. Thus, if more dominant males have more progeny, daughters as well as sons may inherit dominance traits. Obviously, gene expression is differentiated by sex—but how extensively? One recent study of brain tissue found that about 2.5 percent of all expressed genes are sex-biased. Even that low number can account for significant differences, but it also indicates much similarity.

Read: Why Politicians Lie and Voters Often Forgive Them

What’s more, our understanding of our evolutionary heritage is itself evolving. The simplistic idea that women are “wired” to find a mate who will protect their young and men to impregnate as many women as possible has given way to a more complex understanding of ways in which both sexes can be monogamous or promiscuous depending on circumstances. (In his 2008 book The Evolution of Desire, University of Texas, Austin psychologist David Buss notes that in some hunter-gatherer tribes where women are not dependent on their mates for resources, they strongly prefer short-term relationships.) British evolutionary psychologist Ann Campbell also points out that ancestral human females weren’t helplessly waiting for males to take care of them: they had to be plenty smart and resourceful to help feed and protect themselves and their young.

What does this mean for actual men and women in known human cultures? Obviously, there are some constants: no society has ever assigned warfare primarily to women and child care primarily to men. Still, cultural variations are vast. In one recent experiment, women among the Massai, a patriarchal African tribe, opted for a competitive task only half as often as men—but the exact reverse was found in India’s Khasi tribe, where women are heads of families. (In modern Western societies, men are more likely to choose competition than women, but the extent of this difference is influenced by many factors.) Two centuries ago in Europe, men of the educated classes exchanged effusive letters and shed tears over sentimental novels—while affluent women routinely farmed out their infants to nurses as if the maternal bond didn’t exist.

Even where traditional roles were strongly ingrained, men and women have often acted in ways drastically at odds with stereotype. Ambition and power-seeking are male? Read up on ancient and medieval societies where royal and high-rank women had access to political power: they strove, schemed, and killed with the best—or worst—of the men, often going up against their own siblings, parents, or even children. (So much for “relational” feminine virtues.) Nurturance and empathy are female? Think of all the men, religious or secular, who devoted their lives to the care of others. Women seek rich mates? Wherever there were heiresses or wealthy widows, there was no shortage of male fortune-hunters.

Today, in affluent liberal societies, women and men have gained unprecedented freedom from traditional rules. Some say liberation has actually allowed greater sex differences to emerge, pointing to their likely innateness. New York Times columnist John Tierney has reported on a major cross-cultural study by Bradley University psychologist David P. Schmitt and his colleagues in which women and men had more different personalities—as measured by self-reports of traits such as assertiveness, anxiety, and agreeableness— in Western democracies than in patriarchal Third World nations.

Modern feminism often seems stuck in a schizophrenic insistence that the sexes are exactly the same and that men are evil beasts and women perpetual victims.

Yet one possible confounding factor is that study participants in all the nations were primarily college students; men and especially women attending college in Ethiopia or India may not be very representative of the general population. In a follow-up, Mr. Tierney noted that there is also data pointing in the opposite direction—showing, for instance, that gender-linked personality differences among Americans have gotten markedly smaller in recent decades.

The study of sex differences is a fascinating subject to which feminists have often shown unreasonable hostility; Gloria Steinem once slammed such research as “anti-American crazy thinking.” But it should also be approached with humility and nuance, without either downplaying or overstating evidence that supports male and female stereotypes. Take a 2012 article on the LiveScience website headlined, “Hormones Explain Why Girls Like Dolls & Boys Like Trucks” and discussing studies of young monkeys’ toy play (presumably uninfluenced by cultural beliefs about sex roles). Actually, in one such study, boy monkeys did strongly prefer toy cars to plush toys—but girl monkeys played with both and even showed a slight preference for cars. In another, male monkeys preferred cars to dolls but were just as likely as the females to play with a stuffed dog.

Studying the biology of gender also shouldn’t mean ignoring culture. Thus, in personality studies based on self-reports, there is a very real likelihood that culture affects self-perception. Women tends to give themselves much higher marks for empathy, but experiments measuring physiological empathetic responses—such as quickening pulse rates in response to someone’s distress—often find no sex difference.

As for cognitive differences, Indiana University psychologist Camilla Benbow’s research is often cited as showing an innate male advantage in top-level mathematical talent; but Dr. Benbow has also argued that more can be done to enable women’s advancement in science and technology. And she notes, too, that the gap has shrunk dramatically—from a 13:1 boy/girl ratio in the top 0.01 percent of SAT math scorers in the 1980s to 3:1 today.

Is it a defeat for gender equity if, in a world of equal opportunity, most top scientists and corporate CEOs are still men while most nurses, primary-school teachers and stay-at-home parents are still women? It shouldn’t be. But we can discuss those differences without lapsing into men-are-from-Mars, women-are-from-Venus talk, or suggesting that there is something wrong with those who break from the more gender-typical pattern. Nor should we forget that someone who is a walking sex stereotype in some things can shatter stereotypes in another. A girl who is more empathetic than her brother may also be more daring. A man with a high aptitude for mechanics may also have high levels of anxiety.

Sadly, modern feminism often seems stuck in a schizophrenic insistence that the sexes are exactly the same and that men are evil beasts and women perpetual victims. But feminism’s critics lose me when they declare that being a woman is great because women nurture kids and cultivate social bonds, or that men are awesome because they’re the seekers, builders and intellectual adventurers. To quote a phrase coined in response to anti-male stereotypes: Not all men. Not even most men. And quite a few women.

Mars-Venus proponents often say the world would be oppressively boring if we were all the same. True; but a world neatly divided into pink and blue would be only slightly less dull and oppressive than a world of unisex khaki. Forget gender sameness. Let’s hear it for gender individualism. 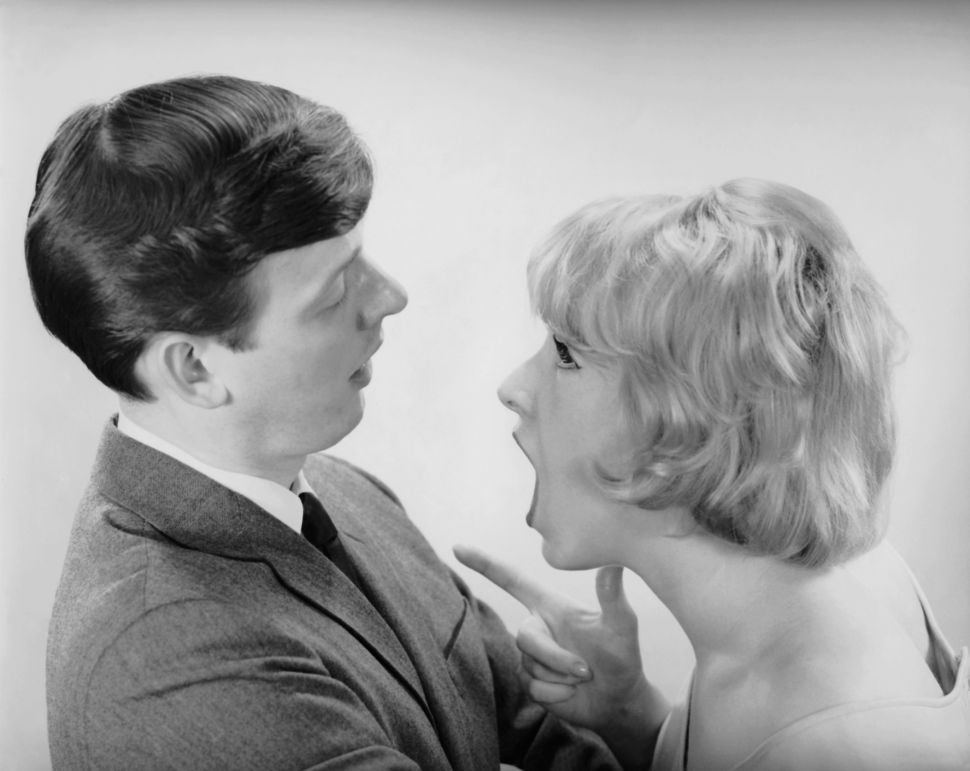