I’m sure you’ve seen the rash of fear-mongering headlines proclaiming red meat to be as carcinogenic as smoking. In fact, I know so because dozens of people have asked me for my thoughts. What’s going on? Do we need to worry? What actually happened? Why have your vegan friends become even more smug than before? Why did your crazy aunt send an email in all caps pleading for you to stop eating “so much beef”?

Citing a short summary paper of a much larger study, earlier this week the World Health Organization (WHO) named processed meat a definite human carcinogen and red meat a probable human carcinogen. That’s frightening at first glance. I mean, the WHO? Great band, weren’t quite the same after Keith Moon died, but for my money they’ve always delivered quality health information. When they issue a report about dietary carcinogens, I listen up.

Let’s look at what the WHO actually meant. When they analyze a substance’s cancer-causing potential, the WHO places it into one of three categories:

Okay, so what is the actual degree of risk? In the paper, each additional intake of 100 grams (about a quarter pound) of red meat was associated with a 17% increase in colorectal cancer risk. 17%’s a big number. It’s almost 20%, which is basically 25%. Then you’re halfway to a 50% increase, and it only gets worse from there.

But that’s a relative risk. Though it’s the third most common cancer (and cause of cancer-related deaths), the absolute risk of developing colorectal cancer, even in old age when the risk is at its highest, isn’t exactly high. For the average 50 year old, his or her lifetime risk of colorectal cancer is 1.8%. If that 50 year old has a relative with colon cancer, the risk is 3.4%. Having two relatives with a history of colon cancer pushes it up to 6.9%. On the big scale of things that can kill you, colorectal cancer isn’t even in the top five.

Don’t get me wrong: colorectal cancer is deadly. Particularly if you have familial history of colorectal cancer, you should do your best to avoid it. It’s not a pleasant cancer. It’s just that the relative risk increase of 17% doesn’t amount to nearly as much absolute risk.

In addition, the epidemiology portion of the paper is based on data drawn from food frequency questionnaires (FFQ). FFQs require people to recall their typical diet over the last year. Here’s a sample FFQ (PDF); see how you do trying to recall the last 12 months. Suffice it to say, they aren’t very reliable. People lie. People forget. People tell you what they think you want to hear. FFQs are probably the best option available for assessing, but they aren’t good enough.

There’s also the fact that red meat suffers from an “unhealthy user bias.” Most heavy red meat eaters aren’t sprinting, lifting weights, and going for walks every day. They’re eating their meat between buns, and with fries. They’re getting their red meat from Burger King or the 7-11. They can try to control for most of these associations, but it’s impossible to account for everything.

That’s not to say the paper relies entirely on epidemiological research based on food questionnaires. They do propose a few mechanisms for meat-related carcinogenicity.

Another is the formation of carcinogenic compounds during the processing, er, process. Polycyclic aromatic hydrocarbons and n-nitroso-compounds form during smoking and curing, respectively. Both are carcinogenic.

The last is the formation of carcinogenic compounds during high-heat cooking of meat. Grilling, sautéing, searing, and caramelization of red meat all have the potential to create heterocyclic amines and, over open flame, polycyclic aromatic hydrocarbons. The higher the temp and longer the application, the more carcinogenic the resulting meat. Well-done meat is more carcinogenic than rare-cooked meat, for example.

On one hand, these are definite carcinogens. The linked summary paper contains some strong references, and I’ve written about these very same compounds in previous posts.

On the other hand, the carcinogenic potential of red meat is mitigated by certain cooking and marinating techniques, and the risk can also be modified and even eliminated by the addition or subtraction of different foods to the rest of the diet. What are these?

Cooking in liquid. Simmer, braise, pressure-cook, slow-cook, steam—these “gentler” cooking methods reduce carcinogen formation. Doubly so if you incorporate some of the mentioned marinade ingredients into the process.

Eating green vegetables like broccoli with your meat can reduce the carcinogenicity of red meat-related compounds.

Eating prebiotic fibers and resistant starch. In the original summary paper, they reference a study as evidence of red meat consumption causing colon cancer. Human volunteers who consumed 300 grams of cooked red meat each day showed evidence of pre-cancer metabolites in their poop. But the real finding was that adding 40 grams of prebiotic fiber to the 300 grams of red meat each day prevented the formation of those colorectal cancer indicators. The fiber used was a maize powder high in resistant starch. Any source of resistant starch should work—cold potatoes, potato starch, green bananas.

Could grass-fed/pasture-raised meat eliminate or reverse the association? Maybe. For one, pastured meat contains conjugated linoleic acid (CLA), a healthy trans-fat with anti-cancer effects. Two, pastured animal fat tends to be naturally imbued with antioxidants from all the greenery the animals consume; this protects the fat from oxidation, and certain antioxidants found in pastured animal fat, like lutein, are even associated with lower risks of colon cancer in humans and actively reduce colon cancer in animal trials. But many of the proposed mechanisms for carcinogenicity apply equally to grass-fed red meat. I wouldn’t hang my hat on that one.

I would hang my hat on the following suggestions, however.

If none of this assuages your worry, remember that we live in a quantum world where every food both gives you and protects you from cancer.

Personally, I’m not worried. There’s something there, but it’s not very big, and there are ways to get around it.

Mark Sisson is the author of a #1 best-selling health book on Amazon.com, The Primal Blueprint, as well as The Primal Blueprint Cookbook and the top-rated health and fitness blog MarksDailyApple.com, where this post first appeared. He is also the founder of Primal Nutrition, Inc., a company devoted to health education and designing state-of-the-art supplements that address the challenges of living in the modern world. 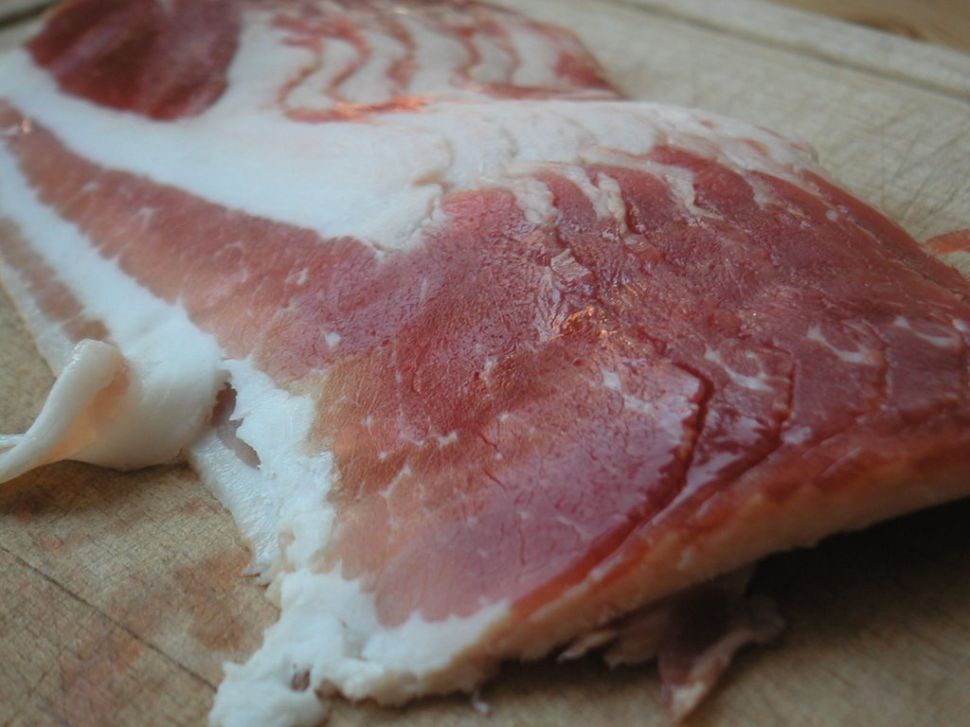