The wait for Shia LaBeouf’s piece of performance art called #AllMyMovies, during which he’s watching every film he’s ever acted in consecutively, has gotten extremely long, and not even his co-stars from the films are able to cut the line.

Victoria Tripsas, 21, who got on line yesterday afternoon, waited for 12 hours before getting in around 4 a.m. to catch the end of I, Robot and Battle of Shaker Heights.

“It was awful, but so worth it,” she told the Observer. “I shook his hand and was so close.”

SEE ALSO: You Can Livestream Shia LaBeouf Binge Watch All of His Movies for 72 Hours Straight

They let one fan into the 60-person theater for each person that left, and there was no limit to how long you could stay. And after waiting for so long, everyone wanted to get plenty of quality binge watching time with Mr. LaBeouf. This was making the wait an all day (or all night) event, and most people on line had no idea what they were in for.

“They didn’t tell you how long it would be. And the system was so weird, so the line didn’t look that awful, but it moved slower than anything I’ve ever seen,” Ms. Tripsas said.

She added that while many gave up and got out of line, most waited it out.

“We all assumed five hours tops, and once we were there for a while, we all kind of had that ‘well, we made it this far and wasted all of this time’ mindset, because we didn’t realize how much longer it would be,” she said.

This is the line to get in to Shia Labeouf's #allmymovies at 8:30pm. Not famous anymore, eh? pic.twitter.com/ltGtbS87xf

There was no chance at skipping the line either. Both press and at least one actor who was actually in one of the films being screened were subjected to the outrageous wait.

While on line, Ms. Tripsas talked to Josh Flitter, who starred in The Greatest Game Ever Played, besides Mr. LaBeouf. They wouldn’t even let him into the theater when that movie played.

The Observer’s own Alanna Martinez went to check it out as well, but left after an hour. She said that some kids told her they stood in line for seven hours and tried to sell her their ticket stubs. 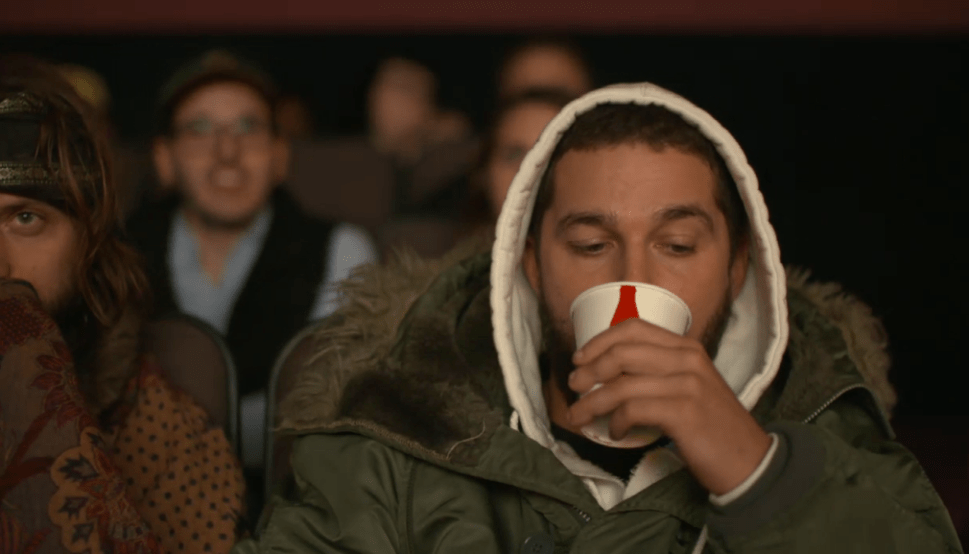