NEWARK – Three workers lost their jobs with PrimeFlight Aviation Services tonight, one of them homeless, when they tried to go back to work at Newark Liberty Airport after having walked off their shifts for a day as part of a 100-man SEIU 32BJ-organized strike for better pay and working conditions.

The workers in question attempted to go back to their duties at 10 p.m. tonight with 37 co-workers, but lost their jobs for “no call and no show.”

“We’re going to file a complaint,” said Kevin Brown, New Jersey state director of 32BJ, who asserts that PrimeFlight violated federal labor laws by firing the three workers after the workers signed papers notifying the company of their participation in the job action.

The workers – many of whom make $8.25 per hour – want $15 an hour. According to 32BJ, the contracted airport workers are struggling to survive in jobs that pay poverty wages, provide little to no affordable health care, and few paid days off.

The 24-hour strike and resulting firing of three workers indicates that this fight is likely to continue and intensify.

Thirty-seven made it in, but three came back. 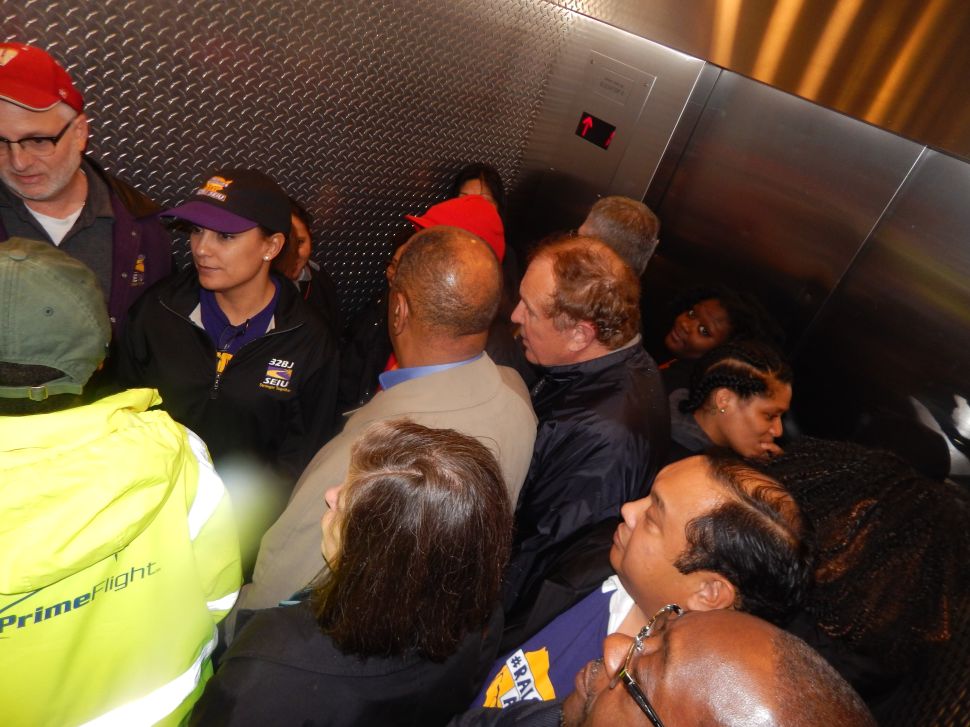