The City Council is holding hearings on a bill that could block tourist helicopters from using city launch and landing pads—but one of the biggest companies in the industry will be in hearings early next year over almost $300,000 in unpaid fees the Port Authority claims it owes for using Downtown Manhattan Heliport when a New York State entity ran the site.

Court documents obtained by the Observer show New York Helicopter Tours—one of several that launches from Pier 6 to fly over Manhattan, to the chagrin of some rattled residents—is due in court on January 8 for what the authority claims are nearly $280,000 in unpaid permit, parking and off-hour heliport usage fees dating as far back as 2005, plus thousands more in late charges. The state entity is already claiming the company’s $60,000 security deposit against the tab it alleges the tour company has run up in breach of contract.

“New York Helicopter has failed to make payments of all fees that are due and owing,” the Port Authority alleged in its suit.

An attorney for the company has denied that the authority’s invoices are valid, and claimed the operator of the downtown heliport has failed to provide paperwork proving the company owes even a penny.

“There’s no back up, no slips, and there normally would be, so there’s no proof,” attorney Andrew Greene said.

The Port Authority managed Downtown Manhattan Heliport under a contract from the New York City Economic Development Corporation, the city entity that owns the facility, until 2008, when the EDC enlisted a new contractor. The Council bill would obligate any low-flying sightseeing helicopter to meet strict noise control standards before it is permitted to use a city pad.

The helicopter industry is aggressively fighting back against the legislation, arguing it will cost the city hundreds of jobs and lost tourism revenue. 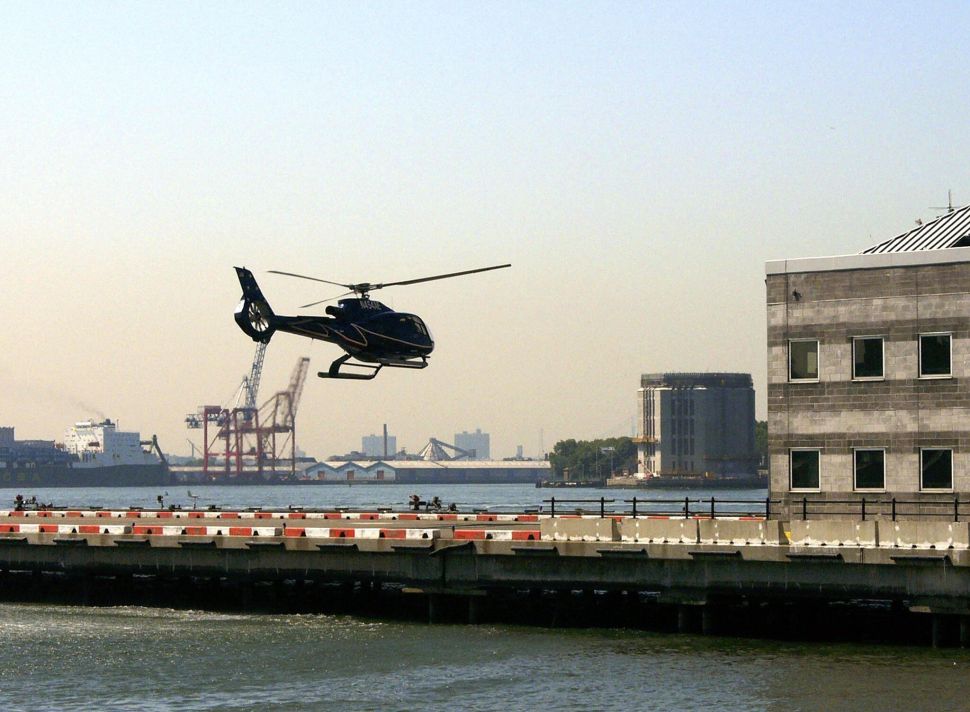