Turkey just went to the polls to elect their parliament. The results shocked not only every local pundit, they also floored the handful of foreign affairs commentators who regularly deal with Turkey.

Here is the bottom line: Recep Tayyip Erdogan, the president of Turkey, turned back the momentum that he lost in the June election and now sits securely in control of the country. Erdogan’s party, the Justice Development Party better known by its initials AKP, convincingly took about 50% of the parliamentary seats in Sunday’s national election.

In the June parliamentary election Erdogan lost his majority hold on the government and he blamed all subsequent problems that challenged his country on that parliamentary change. This time around he focused on getting back on track. Erdogan was the security candidate.

The pundits got it wrong because they believed that the June elections that had left Erdogan with a bruised ego and black eye were a sign of things to come.

There were suicide bombings over the summer. The worst terror attack took place in October, in Ankara, the capital city, and killed over 100 people. The violence and the fear it imposed upon the Turkish public became important motivational vehicles in the political campaign waged by Erdogan and his AKP party as they wooed back their countrymen.

The pundits got it wrong because they believed that the June elections that had left Erdogan with a bruised ego and black eye were a sign of things to come.

In truth, the summer elections were simply a lesson. Erdogan understood his electorate. He leeched back voters from the right and even made a significant impact on conservative Kurdish voters. The reason, post-election, is obvious. It should have been just as obvious pre-election. In times of crisis — law and order and security candidates win.

This victory for Erdogan will have profound implications for the future of Turkey. In a quirk of history, the Turkey of today will, because of this election, be very similar to the Turkey of one year ago and the Turkey of ten years ago.

It takes time for all the pieces to fall into place after an election in a parliamentary system. As of this writing, the AKP has 49.4% of the vote. Close but not close enough to the majority needed to control the parliament. That missing .6 plus % will require the AKP to take in another party so that they can cross over the 50% mark requires for an absolute controlling majority in parliament. AKP won 317 out 550 seats.

The entire reason for this new vote that was held now, in November, so soon after the June vote, was because Erdogan called for early elections in order to retrieve his majority. The June election was the first time since he created the party and they ran for parliament that AKP did not receive an absolute majority of over 50%.

Attaining a majority in parliament by a single party was unheard of in modern Turkish history before Erdogan’s rise to power. A sweep like that had not happened in decades until Erdogan, a former mayor of Istanbul who was thrown into prison used his time in captivity to create AKP, a moderate Muslim party, that would transform Turkey.

Prison is an essential part of the story of Erdogan and his success. In 1998, as mayor of Istanbul, Erdogan recited a poem that was deemed incitement and he was arrested. From March though July of 1999 he was imprisoned.

And now, post election, Erdogan has initiated a major crackdown on those media outlets and personalities that challenged him. Two editors of opposition magazines were detained on charges of plotting a coup.

In another move, fifty-seven people in Izmir, a western Turkish city, were arrested and accused of plotting a violent coup. The people belonged to the Gulen movement. Gulen is a form of moderate Islam which follows the preacher Fethullah Gulen who is still alive today and lives in exile in the United States. The Gulen movement embraces modern technology and values within Islam and is part of a tradition known as Hizmet.

The arrest of so many Gulen by Erdogan is ironic. The Gulen are deeply entrenched in the police and justice system in Turkey and they played pivotal roles in uncovering earlier coups that threatened Erdogan and the AKP.

For the present and foreseeable future, Ergodan is once again king of the mountain. He is ruthless against his rivals and he is masterful at galvanizing the Turkish people. This new election has reinforced his power and secured his legacy. 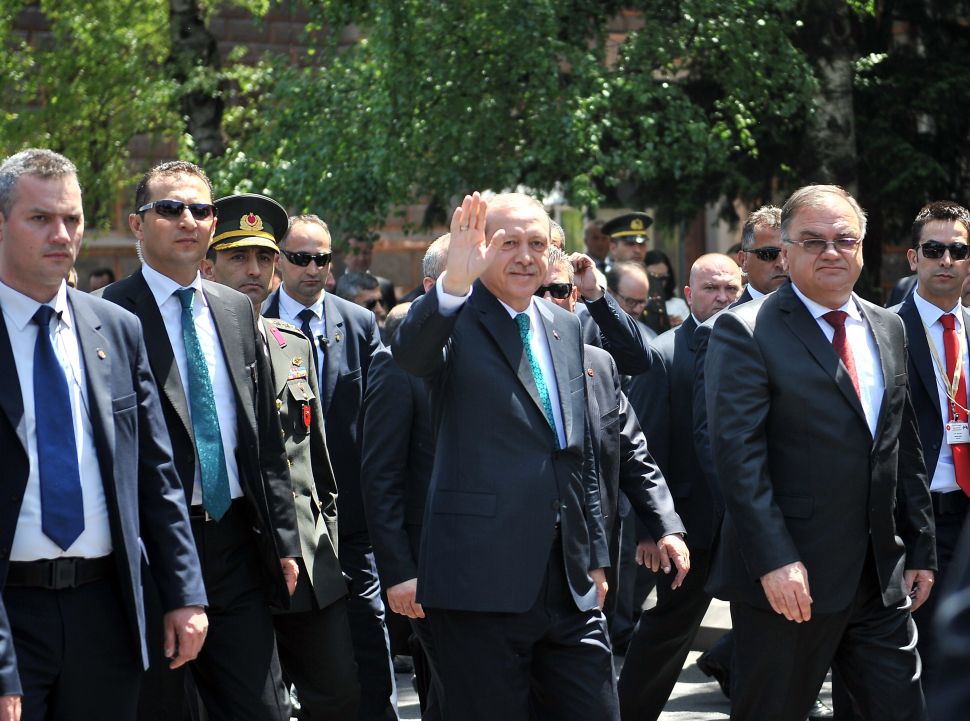