If you need a boost now that you’re back in the office and still recovering from a turkey tryptophan trance, these Princess Charlotte pictures will perk you up immediately. While there’s no sighting of the equally adorable Prince George, the perfectly coiffed Kate (who was busy taking these pictures) or even the Mary Poppins nanny for the two tots, these royal photos are still something to be thankful for. Their unexpected appearance had the Twitterverse in an uproar, questioning whether 6-month-old Princess Charlotte looks more like her perfectly preppy mother or her dear old Dad.

The Duke and Duchess hope everyone enjoys these new photos of Princess Charlotte as much as they do. pic.twitter.com/ylZ7VvOuIY

There was me having a composed Sunday and BAM the Royal family release pictures of Princess Charlotte ❤️😭❤️ pic.twitter.com/YZPxRSDpxd

No one could contain their excitement (and rightfully so).

Princess Charlotte in the middle. William on the left. Kate on the right. https://t.co/7mIYWZwAsz @PaulKadak #7News pic.twitter.com/RskFCe8VeV

Which royal does she most resemble?

It's hilarious how one baby can break the internet #PrincessCharlotte

Proof that Princess Charlotte is even more powerful than Kim Kardashian. (Although a friendship with North would be the ultimate power move.)

Princess Charlotte: I’m often asked about the state of the monarchy and…OMG! A stuffed puppy! Are you seeing this?! pic.twitter.com/vEg6uXrz0V

A stuffed puppy would make even her father a little less serious.

Our precious Jellycat Fuddlewuddle Puppy is making headlines this morning as one of Princess Charlotte's favorite… https://t.co/VfdhYORlXG

For those who want to procure a Fuddlewuddle Puppy for a trendy tot this holiday season.

New photos of the Royal Infant Sibling have been released. In other news, the original child, toddler George, has been raising himself smh.

While everyone is appreciating Princess Charlotte, that’s no reason to forget about the precious Prince George. 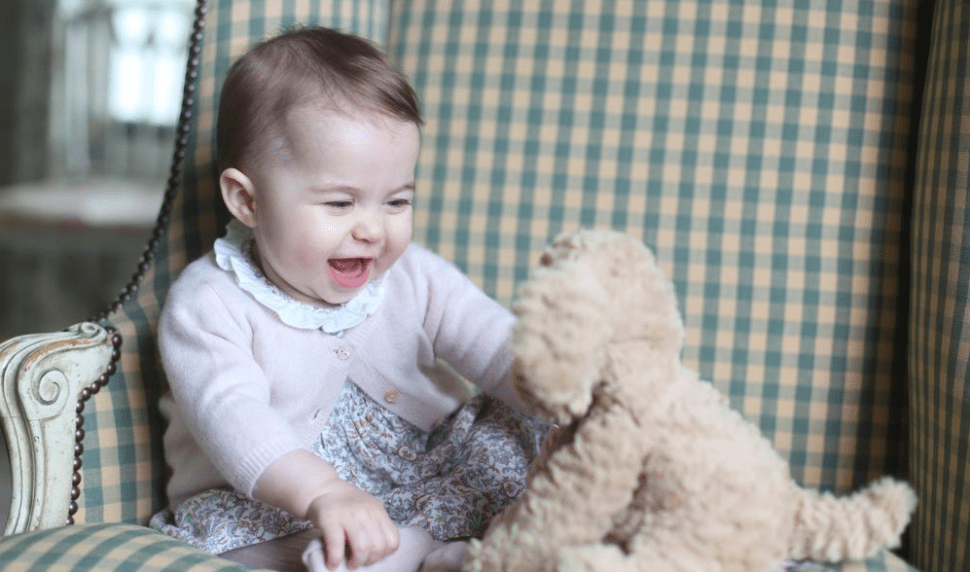