UPDATE: A previous version of this story inaccurately reported that uBeam has not yet released its decibel levels, which it did to TechCrunch this weekend. Updated 11/9/2015 12:25 PM.

On October 8, uBeam turned its entire website over to a long defense of the company’s technology. Since at least last October, technical skeptics have been raising questions about whether or not uBeam can send a useful amount of electricity using sound above the range of human hearing, also known as ultrasound. That question led the Observer to another question: is uBeam safe for use by humans in the home?

It helps first to clarify what we mean by safe. Specifically, could long-term use of ultrasonics in the home at high intensities could cause nausea, headaches and even hearing loss? The new report reveals very little about the fundamental metrics of the new technology. In particular, it hints at which frequency of ultrasound will be used, but it was explicitly silent on how “loud” the ultrasound will be.

Since June, we have been attempting to get an answer to that question from the company. On November 7, it revealed its frequency range and volume to TechCrunch, which wrote: “uBeam has developed a high-powered air-coupled ultrasonic transducer to transmit and receive sound waves at a single frequency within the range of 45kHz to 75kHz with an output of 145dB to 155dB.”

As Meredith Perry, the technology’s inventor and CEO, writes, “While we cannot reveal the acoustic intensities involved, the air coupled ultrasound method used by uBeam cannot, even if focused directly on a person for a continuous period, cause any noticeable heating.”

What about hearing damage or discomfort, though? The questions of nausea, headaches and hearing loss are not addressed in this document. However, the United States Occupational Safety and Health Administration guidelines for worker exposure to ultrasound are based on the American Conference of Governmental Industrial Hygienists’s work. Prof. Martin L. Lenhardt of Virginia Commonwealth University detailed those standards a 2008 paper, “Airborne ultrasonic standards for hearing protection.”

“The US OSHA accepted the ACGIH recommended limits to prevent possible hearing loss caused by subharmonics of the ultrasonic frequencies rather than the ultrasonic sound itself,” Prof. Lenhardt wrote. OSHA guidelines state that for ultrasonics running from 20 kilohertz to 100 khz, humans should not be exposed to ultrasound with a greater sound pressure level (measured in decibels) of 135 decibels at the lower frequency range and 145 at the higher end.

Just to be clear here, frequency and sound pressure level are two different statistics. To use the metaphor of a radio, the frequency is what channel a radio is tuned to. The decibels are how loud the volume is turned up. Just because sound is transmitted at a tuning ears can’t detect, that doesn’t mean it can’t impact the body if it’s intense enough.

Prof. Francis Duck, a medical physicist and visiting professor at the University of Bath’s Health and Environment Unit, described for the Observer in an email how lost energy around the main beam will necessarily reach humans, whether or not they are standing in the beam, writing “There will be energy in side lobes, and reverberation of scattered power in the room: they will not be operating in an anechoic chamber. This will be clearly at a lower level than the main beam. However, there have been sufficient anecdotal reports of neurological effects such as headaches, vertigo, agitation at lower levels of exposure that it would be wrong to discount the possibility of these occurring, without further study.”

Mark Cuban famously called uBeam a “zillion-dollar idea.” Perhaps it would make sense to peel off 0.0001% of those potential zillion dollars and do some evaluation of safety over time in the home, with specific evaluations of impact on children, adults and the elderly. The company has already secured $23 million in investment, according to Crunchbase.

There may be no threat in this application at all, as Ms. Perry asserts, but it would make sense to assess the company’s specific use case.

Prof. Duck further explained the problem of applying occupational rules to home application, couching it in the need for greater clarity about intensity. “Let’s assume they have designed it to operate at 145 decibels, which is upper threshold in the US for exposure to ultrasound. Given that they wish to transmit power, they will want to maximise the levels used, presumably. There are at least two problems: First, this is the limit for occupational exposure and not for public exposure, and is accompanied by advice that ear covering may be used as further protection. The second is that this is the best estimate of a level above which damage to the ear can occur. For public exposure, optional ear covering is clearly not appropriate, and safety limits are never set at the boundary at which actual harm occurs.”

This is an under-investigated area. In 2010, an agency within the British Government now known as Public Health England published “Health Effects of Exposure to Ultrasound and Infrasound,” which confirmed that there has been little investigation into the safety of non-medical uses of ultrasound. The paper reports, “By comparison with exposure to ultrasound for medical purposes, the protection of humans from exposure to other sources of ultrasound has received very much less attention.”

Prof. Duck served on the committee that created this document.

Ms. Perry’s open memo points to a recent paper by Leon Radziemski in the journal Ultrasonics. This paper addresses the question of tissue heating, a question very much of concern to expectant mothers, where the ultrasound is applied directly to the skin, but immaterial in an open air use case.

“There are ultrasonic devices in public places such as distance sensors on cars, and pest scarers,” Prof. Duck wrote, “But high-power ultrasound in the home is new, at least to me. Medical regulations are really irrelevant, because their rationale is different. Occupational exposure offers the closest regulatory structure.”

Ms. Perry rightly points out that the public has expressed warrantless fears of new technology before. Her document begins with clippings about concerns about telephones, trains and mobile devices. Yet a modicum of caution about those technologies did not, ultimately, inhibit their beneficial growth.

On the other hand, the public often has not been alarmed by other new technologies with real harms. A three part series from The Intercept on Teflon, which begins here, details how widespread application of the coating led to an extremely stable toxin known as C8 becoming globally ubiquitous.

In fairness, even at their most severe, the threats of ultrasonics in the home do not appear to be nearly as dire as industrial chemical pollution. That said, no one wants hearing damage. And, even if that proves to be unlikely, the limited literature suggests that sufficiently intense ultrasound can leave humans feeling a bit uncomfortable, even if they can’t put their finger on why.

It would be a painful irony if technology meant to make our lives just a little easier turned out to give users an undetectable source of added stress. 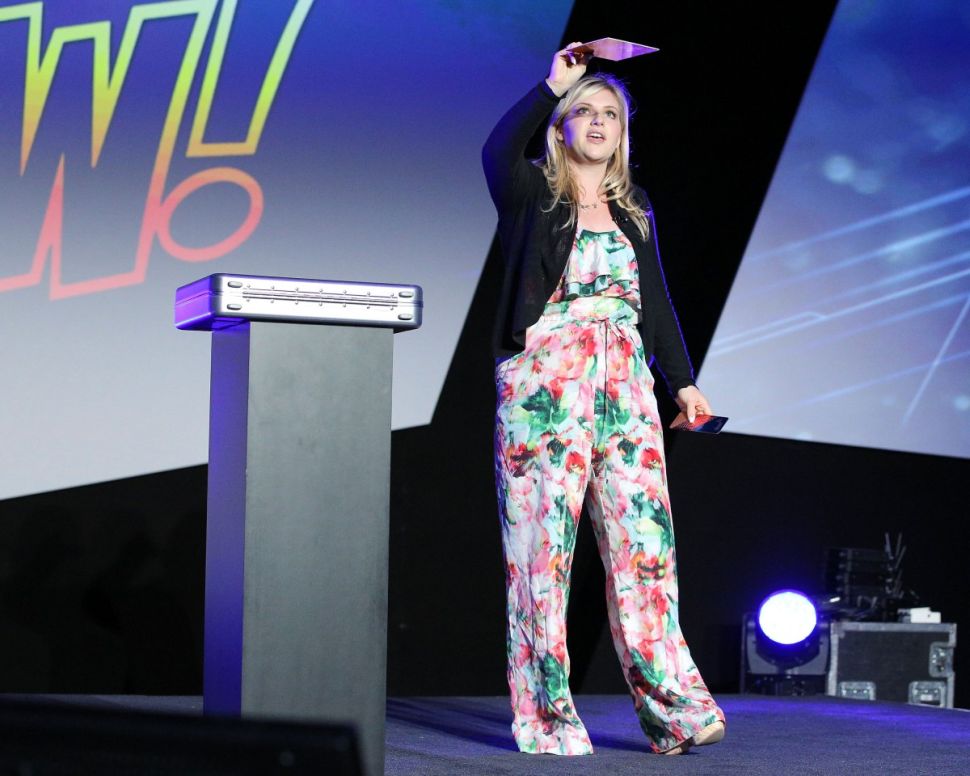