Uber has a habit of launching backhanded feel-good campaigns.

Recently, for example, the company promised an entire city free rides to a celebrate a football win—which had literally zero chance of happening. It was seriously a fat chance, and we called them out on it.

They’ve also launched puppy delivery campaigns, which conveniently shifted the media attention from condemning the company for relaunching a driver who kidnapped and raped a passenger (and other egregious behavior), to “AWW puppies!”

Today, Uber cared about veterans, but just a little.

For Veterans Day, Uber offered free rides to veterans riding to job interviews. Lyft did this as well.

SEE ALSO: Uber Will Ban You If Drivers Give You a Bad Rating

Additionally, Uber solicited donations to support homeless vets. They asked users to donate $5 to “non-profits dedicated to this cause,” while adding in fine print that some of the donation would go toward their “processing fee.” 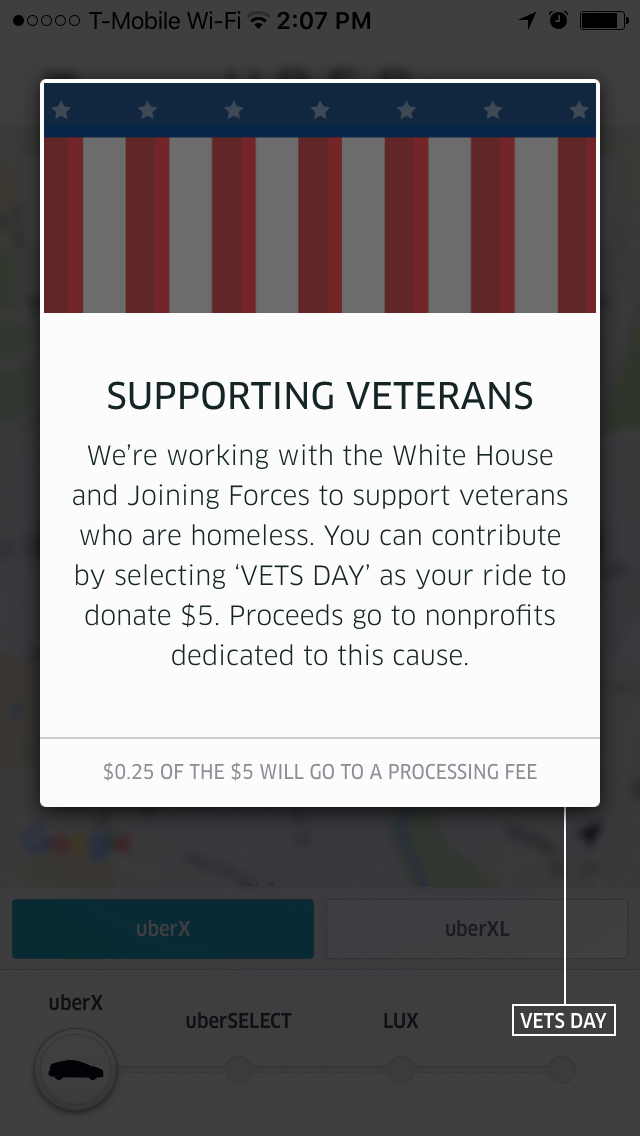 Sure, it’s only 25 cents and probably can’t even buy you a gumball these days. But Uber can’t spare the quarter? This company, worth more than $50 billion, can’t encourage users to donate to this excellent cause without charging them for their time?

@Uber claiming to support #Veterans and #VeteransDay by asking YOU to donate money and taking a "processing fee" pic.twitter.com/2UdrQdQ27H

The thing is, if another company did this, it would likely go unnoticed. But it’s just so, Uber-ish.