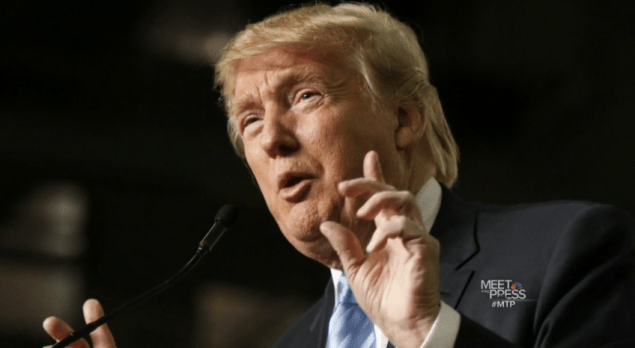 Sunday’s current affairs shows could have focused on the good cop and the bad cop and all that bloody gunfire. Instead, much of the discussion whirled around Republican presidential candidate Donald Trump, whose deadly aim is mostly rhetorical, at least for now.

“No more body parts,” the gunman told police after he was arrested.

That was an apparent reference to recent political activism and propaganda against Planned Parenthood and legal abortion that has driven much of the Republican debate. Mr. Dear’s armed siege made for riveting television in yet another episode of the hit weekly reality series, “Active Shooter.”

The bad cop was Jason Van Dyke of Chicago, a white man indicted for murder for killing Laquan McDonald, a black teenager, more than a year ago by firing 16 unprovoked bullets into his twitching body. Yes, he had a knife in his hand. No, he didn’t threaten the cop.

Police “dash-cam” video of the shooting also was released Tuesday, the day he was arrested and jailed. Curiously, the video was kept hidden for a year while Mr. Van Dyke remained free.

Instead of letting the shows dwell on these important subjects, Mr. Trump again set the agenda, although he telephoned only one show—NBC’s Meet the Press—to exchange loud and angry words with host Chuck Todd.

Mr. Todd challenged Mr. Trump’s unproven, undocumented assertion that Muslims in Jersey City celebrated in the streets after the terrorism of 9-11.

Mr. Trump didn’t favor the other major shows with his telephonic words, but they also included him in their discussions.

On ABC’s This Week, rival Republican candidate John Kasich—the governor of Ohio—denied to Martha Raddatz that his recent campaign ad obliquely compared Mr. Trump to Adolph Hitler by quoting a famous poem about the Holocaust.

Then Mr. Kasich launched his verbal attack on the Republican front-runner.

“Trump has criticized and insulted women, Hispanics, Muslims, reporters,” Mr. Kasich said. “Somebody has to call him out. He’s very divisive.”

‘He knows what he’s saying. He’s smart. He’s playing you guys like a fiddle, the press, by saying outrageous things and garnering attention.’

“It’s important that John Kasich is now beginning to call him out,” Ms. Roberts said. “It’s about time… the emperor has no clothes.” Fellow panelist Bill Kristol added a comment that included Republican candidate Ben Carson.

“I regret lumping Carson with Trump,” Mr. Kristol said. “I’ve come to kind of loathe Donald Trump whereas I like and admire Ben Carson.”

On Fox News Sunday, Republican candidate Carly Fiorina told host Chris Wallace that Mr. Trump “says something insulting, offensive, outrageous. Then he claims we all misunderstood him… Apparently, Donald Trump feels big only when he’s trying to make everyone else look small. Of course, in the end, he looks the smallest of all.”

Of Mr. Trump’s appeal overall, Mr. Hume said: “He proved Abraham Lincoln was right when he said ‘You can fool some of the people all of the time.’” (Psssst, Brit: Didn’t Bob Dylan say that, too?)

On Face the Nation, host John Dickerson of CBS asked Republican Presidential candidate Jeb Bush if he stood by a campaign aide’s charge that Mr. Trump was a “fascist.”

“Look, I just think he is uninformed,” Mr. Bush said of Mr. Trump. “He knows what he’s saying. He’s smart. He’s playing you guys like a fiddle, the press, by saying outrageous things and garnering attention.”

Mr. Bush told Mr. Dickerson that Mr. Trump is “all over the map” on policy and that “in these really serious times, he’s not a serious leader… I have grave doubts about Donald Trump’s ability to be commander in chief… If you listen to him talk, it’s kind of scary. He is misinformed at best and preying on people’s fear at worst.”

On the same show, Republican Senator John McCain—in Iraq with Senator Lindsey Graham—said Mr. Trump’s vow to register all Muslims in the United States “has an interesting effect of turning Muslims all over the world against the United States of America… this poison spreads and metastasizes.”

Later, panelist Michael Gerson of The Washington Post spoke of “a kind of reality TV / shock radio / social media version of reality in which it is fashionable to attack people and groups… all these things that undergird democracy are being undermined.”

Near him was Peggy Noonan of The Wall Street Journal, who added that Mr. Trump’s campaign and poll numbers would suffer when “a cumulative effect and impression comes together and, in his case, it will not help him.”

But the harshest words came from Meet the Press, where Andrea Mitchell of NBC seemed appalled by Mr. Trump.

‘He creates an entire alternate reality and he does not back down. It is seductive to people because the world they want to live in is not the real world.’

“It’s not only that the facts are wrong, it’s that what he is saying is so emotionally and politically powerful,” Ms. Mitchell said. “He is lighting fires. He is turning people against people. He is misstating that facts of what is happening domestically, what’s happening with Muslims.”

This was called the “political genius” of Mr. Trump by co-panelist Molly Ball of The Atlantic.

“He creates an entire alternate reality,” she said. “And he does not back down. It is seductive to people because the world they want to live in is not the real world.”

GOOD COP DIES: Officer Swasey, 44, left behind a wife and two children. He was an elder at New Hope church. The other victims of the Colorado terrorism were Jennifer Markovsky, 36, and Ke’Arre Stewart, 29.

It’s not as if the shows ignored the Planned Parenthood carnage during a snowstorm in Colorado Springs.

In that Ms. Fiorina has been explicit and graphic in her dubious claims about butchered babies, Mr. Wallace asked her if her kind of rhetoric incites violence.

“This is so typical of the Left, to immediately begin demonizing the messenger,” Ms. Fiorina said.

On the Fox panel, Robert Costa of The Washington Post said not to expect Congressional action on gun safety or a reduction in the demonization of Planned Parenthood and abortion from right-wing conservatives.

“There’s no political capital within the Congress, the Republican Congress, to move forward on gun control,” he said.

“On abortion, we’ve seen House Republicans go hard after Planned Parenthood investigations. This still remains the anti-abortion party. I don’t see that changing although the pitch and tone may change in light of those attacks. We saw Senator (Ted) Cruz in Iowa over the weekend offer his condolences to the victims.” (Mr. Cruz is gaining in the Republican field).

On the same subject, Mr. Trump discussed with Mr. Todd the allegations that Planned Parenthood sells organs of aborted fetuses.

“It’s terrible, all the videos that they’ve seen,” Mr. Trump said, “with some of these people from Planned Parenthood talking about it like you’re selling parts to a car… I see a lot of anxiety and a lot of dislike for Planned Parenthood.”

Also chiming in was yet another Republican presidential candidate, Mike Huckabee, who told Brian Stelter of CNN on Reliable Sources that the attack at Planned Parenthood was “domestic terrorism… it was mass murder… it was absolutely unfathomable.”

But he also said of Planned Parenthood: “Inside their clinics… millions of babies die.” And he was skeptical about Planned Parenthood’s objection to the anti-choice rhetoric from his campaign and others in the G.O.P.

“That’s a little disingenuous of Planned Parenthood to blame people who have a strong philosophical disagreement with the dismembering of human babies and with the selling of baby parts,” Mr. Huckabee said. “To say we would like to retaliate by sending some madman into a clinic to kill people. God knows that’s not what anybody would want.” (God could not be reached for comment).

BAD COP KILLS: Fox News Sunday was the only major show to bring up the murder charge against the Chicago police officer and the hideous video of the killing. Mr. Wallace said it was “most interesting” that the angry black protestors “were peaceful.”

Mr. Hume agreed and added: “They had a point. Why did it take a year for this video to surface? The video is pretty graphic. It’s pretty clear he didn’t need to shoot that guy 16 times, if at all.”

So far, so good. But TV is not just for talk. It’s about images, or “the vision thing,” as President George Bush the Elder might have said. So what images did Fox show during this discussion?

Just two clips of black protestors. Fox News LOVES videos of angry black people, the more menacing the better. And although both Mr. Wallace and Mr. Hume were discussing a police video of a police killing, they didn’t show that one.

A picture is worth a thousand words, someone (maybe Abraham Lincoln?) once said. And if Fox showed such an incriminating video, it might upset its core audience and some of its guests, especially Milwaukee County Sheriff David Clarke.

It will be interesting to see if Mr. Hannity—who often brags about packing heat—has the journalistic integrity to show the video to Mr. Clarke this week and ask him for analysis and comment. 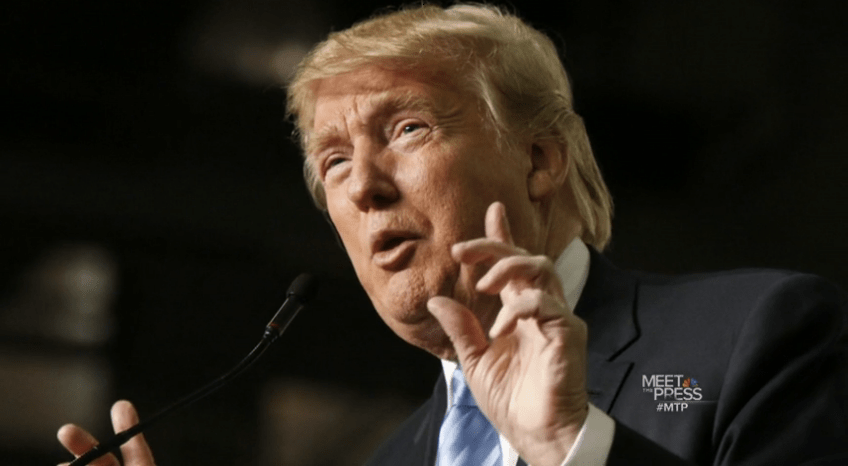